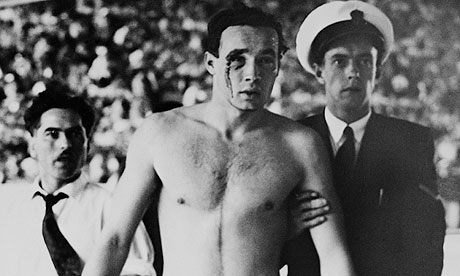 Water polo teams of Hungary and the Soviet Union were destined to clash at the 1956 Melbourne Olympics, just a month after the Communist superpower brutally crushed the Hungarian revolution of October. The semi-final match took place on 6 December and saw Hungary defeat the Soviets 4–0. The historic battle is also known as the “Blood in the Water” match since Hungarian player Ervin Zádor had his face hit with blood pouring from above his eye after being punched by Russia’s Valentin Prokopov.

I saw about 4,000 stars. And I reached to my face and I felt warm blood pouring down. And I instantly said, ‘Oh my God, I won’t be able to play the next game.’ (Ervin Zádor)

Seconds before the final whistle, Hungary was leading 4–0. Zádor was marking Valentin Prokopov, with whom he had already confronted several times. Tensions were extremly high in the arena when Prokopov struck the Hungarian, causing a bleeding gash. Zádor left the pool and his bleeding was the final straw for a crowd already in frenzy. Pictures of Zádor’s injuries were published around the world, leading to the “Blood in the Water” moniker. Hungary later beat Yugoslavia 2–1 in the final to win their fourth Olympic gold medal. 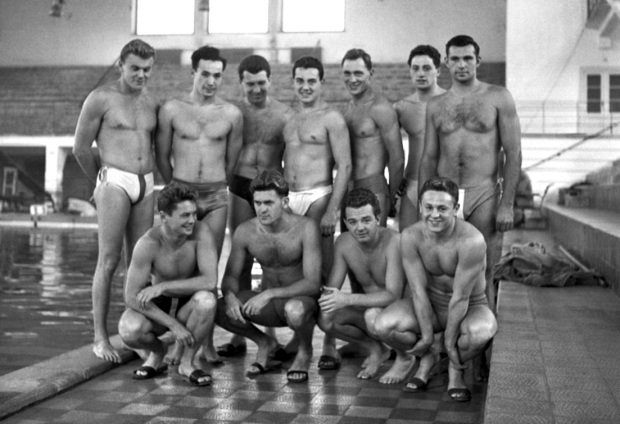 Telling the story of the match, a documentary movie entitled Freedom’s Fury was created in 2006 by Kristine Lacey and Thor Halvorssen for the 50th anniversary of the 1956 Revolution:

In 2006 a Hungarian history movie also attempted to reconstruct the events. The romantic drama entitled Children of Glory was directed by Krisztina Goda, and produced by Andy Vajna.