Over the weekend, Mel Gibson appeared on a British talk show, The Graham Norton Show and told an anecdote – and that’s where Andy Vajna, Hungarian Film Commissioner and well-known American-Hungarian Hollywood producer, and his goulash soup came into the picture.

Gibson went some way in explaining how he learnt the Scottish accent for his Oscar winner film, Braveheart (1996). He admitted that Sir Sean Connery helped him a lot, as he said: “We were at Andy Vajna’s place and he’s Hungarian, so he made Goulash – now, imagine Sean Connery saying that word.”

You can view the video below:

This is not the first time Gibson has told this story, in 2014 he explained to The Telegraph:

I had dinner with Sean one time and Hungarian goulash was on the menu. To hear Sean actually utter a word like ‘goulash’ is a lesson in itself. You just pick up the accent from the people you’re talking to and hearing and he helped me perfect my Scots accent.

In addition to serving as the country’s Film Commissioner, Vajna is also a close ally of Hungarian Prime Minister Viktor Orbán, and has been involved with purchasing newspapers and bringing them into a more pro-Orbán stance. Earlier this fall, Vajna, purchased the tabloid Bors and regional newspaper Délmagyarország, and then fired both papers’ editorial leadership. 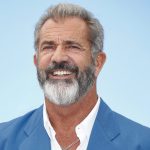