“MAY THERE BE PEACE, FREEDOM AND ACCORD” – Why Is The Message Of 1848 Still Important?

On Sunday Hungary is celebrating the 167th anniversary of its 1848-1849 revolution and war for independence. Most of the historians agree that this event proved to be one of the most important turning points in Hungary’s thousand-year history. On one hand the revolution played important role in Hungary’s 19th century democratic-civic transition, which left behind the political culture of the pre-modern era and opened a new chapter, which at the end had brought the birth of an old-new and modern European nation-state. On the other hand the revolution had significant impact on the Hungarian economy and the society as well. As a result of the revolution, the post-feudal financial and economic structures had been slowly replaced by the Janus-faced capitalism, which in a few decades completely reshaped the 19th century Hungarian society.

Furthermore, the revolutionary events of 1848 and 1849 have also become the cornerstone of the modern Hungarian nationalism. And in this case we tend to use this highly controversial term in a positive sense. As Ernest Renan said, nations are based on the consciousness of having common memories in the past, common will in the present and common plans for the future. Do Hungarians still have those three aspects nowadays? And what can one say about Europe? Many speak and write today about the birth of a new and multicultural European nation within the framework of the European Union without raising the main question: do the people of Europe share common visions of their past, present and future? In order to understand what the consciousness of togetherness might have meant for Hungary in the 19th century, we need to trace a brief historical overview.

The Kingdom of Hungary had been part of the Habsburg Empire since the 16th century. In the first half of the 19th century the enlightened noble elites of Hungary were able to recognised the country’s economic backwardness. Under the leadership of a wealthy and highly-educated aristocrat, count István Széchenyi, liberal elites launched various kinds of development programs in Hungary without breaking up with the Habsburg dynasty. However, the efforts of the so-called reform decades had brought only very few results. Everything has changed in March 1848, when an unrest erupted in Vienna, forcing Austria’s Chancellor Klemens von Metternich to flee the imperial capital. On 15th of March a revolution broke out in the city of Pest, in Hungary as well, when radicals and liberal students stormed the Buda fortress to release political prisoners. A day later, in Pozsony (Pressburg/Bratislava) the Hungarian National Assembly’s liberal-dominated lower house demanded establishment of a national government responsible to an elected parliament. The dynasty could not withstand the pressure and on March 22 a new national cabinet took power with count Lajos Batthyány as Hungary’s first prime minister, the radical nationalist politician Lajos Kossuth as minister of finance, and  the conservative-liberal count István Széchenyi as minister of public works.

Under duress, the National Assembly’s upper house approved a sweeping reform package, signed by King Ferdinand, that altered almost every aspect of Hungary’s economic, social, and political life. These so-called April Laws created independent Hungarian ministries of defense and finance, and the new government claimed the right to issue currency through its own central bank. Guilds lost their privileges; the nobles became subject to taxation; entail, tithes, and the corvee were abolished; some peasants became freehold proprietors of the land they worked; freedom of the press and assembly were created; a Hungarian national guard was established. Moreover,  Transylvania was reunited with Hungary. However, the non-Hungarian ethnic groups of the country, which constituted about half of the population, feared the nationalism of the new Hungarian government: Transylvanian Germans and Romanians, as well as Croats and Serbs of the South opposed the Hungarian efforts  in particular. 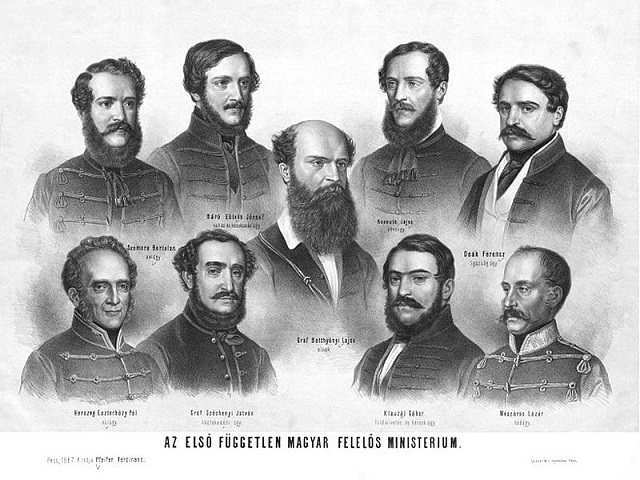 By the end of the summer of 1848, the  Vienna government were able to stabilise its positions in Austria and North-Italy. As for Hungary,  the Vienna enlisted the minorities in the first attempt to overthrow the legally appointed Hungarian government. Josip Jelacic, a fanatic anti-Hungarian military leader, became governor of Croatia on March 22 and severed relations with the Hungarian government a month later. By summer the revolution’s momentum began to wane. The Austrians ordered the Hungarian diet to dissolve, but the order went unheeded. In September Josip Jelacic led an army into Hungary, but it suffered a heavy defeat at Pákozd. Prime Minister Lajos Batthyány wanted to avoid the civil war and resigned, but a mob lynched the imperial commander in Pest and the peaceful revolution of March ended up in a war for independence by autumn.  A committee of national defense under radical anti-Habsburg leader Lajos Kossuth took control, authorized the establishment of a Hungarian army, and issued paper money to fund it.

On October 30, 1848, imperial troops entered Vienna and suppressed the uprising of German liberals and nationalists, effectively ending the revolution everywhere in the empire except Hungary. In December Ferdinand abdicated in favor of Franz Joseph (1848-1916), who claimed more freedom of action because, unlike Ferdinand, he had given no pledge to respect the April Laws. The Hungarians, however, refused to recognize him as their king because he was never crowned with St. Stephen’s Holy Crown. The imperial army captured Pest early in 1849, but the revolutionary government remained entrenched in Debrecen, East-Hungary. In April 1849 the ruling Hungarian elites deposed the Habsburg dynasty in Hungary and proclaimed Hungary a republic, and named Kossuth governor with dictatorial powers. After the declaration, Austrian reinforcements were transferred to Hungary, and in June, at Franz Joseph’s request, Russian troops attacked from the east and overwhelmed the Hungarians.

The Hungarian army surrendered on August 13, and Lajos Kossuth escaped to the Ottoman Empire. A period of harsh repression followed. Former PM Lajos Batthyány and about 100 others, including 13 generals of the Hungarian army were executed. Several society women were publicly whipped, and the government outlawed public gatherings, theater performances, display of the national colors, and wearing of national costumes and Kossuth-style beards. After the revolution, the emperor revoked Hungary’s constitution and assumed absolute control. Franz Joseph divided the country into four distinct territories: Hungary, Transylvania, Croatia-Slavonia, and Vojvodina. German and Bohemian administrators managed the government, and German became the language of administration and higher education. The non-Magyar minorities of Hungary received little for their support of Austria during the turmoil. A Croat reportedly told a Hungarian: “We received as a reward what the Hungarians got as a punishment.”

Hungarian public opinion split over the country’s relations with Austria. Dreaming about Kossuth’s return, some Hungarians held out hope for full separation from Austria; others wanted an accommodation with the Habsburgs, provided that they respected Hungary’s constitution and laws. Ferenc Deák, former justice minister of the 1848 government, became the main advocate for a compromise. Deák upheld the legality of the April Laws and argued that their amendment required the National Assembly’s consent. He also held that the dethronement of the Habsburgs was invalid. As long as Austria ruled absolutely, Ferenc Deák argued, Hungarians should do no more than passively resist illegal demands.

The first crack in Franz Joseph’s neo-absolutist rule developed in 1859, when the forces of Sardinia and France defeated Austria at Solferno.  In 1866 the Prussians also defeated the Austrians at Königgrätz, further underscoring the weakness of the Habsburg Empire. After the humiliating defeats Franz Joseph gradually recognized the necessity of concessions toward Hungary, and Austria and Hungary thus moved toward a compromise. Negotiations between the emperor and the Hungarian leaders were intensified and finally resulted in the Compromise of 1867, which created the Dual Monarchy of Austria-Hungary. As a result of the so-called “Ausgleich” Hungary regained its political autonomy within the Empire and most of the achievements of 1848 could have been implemented during the following decades, opening a new and rather successful era of modernisation in Hungarian history. 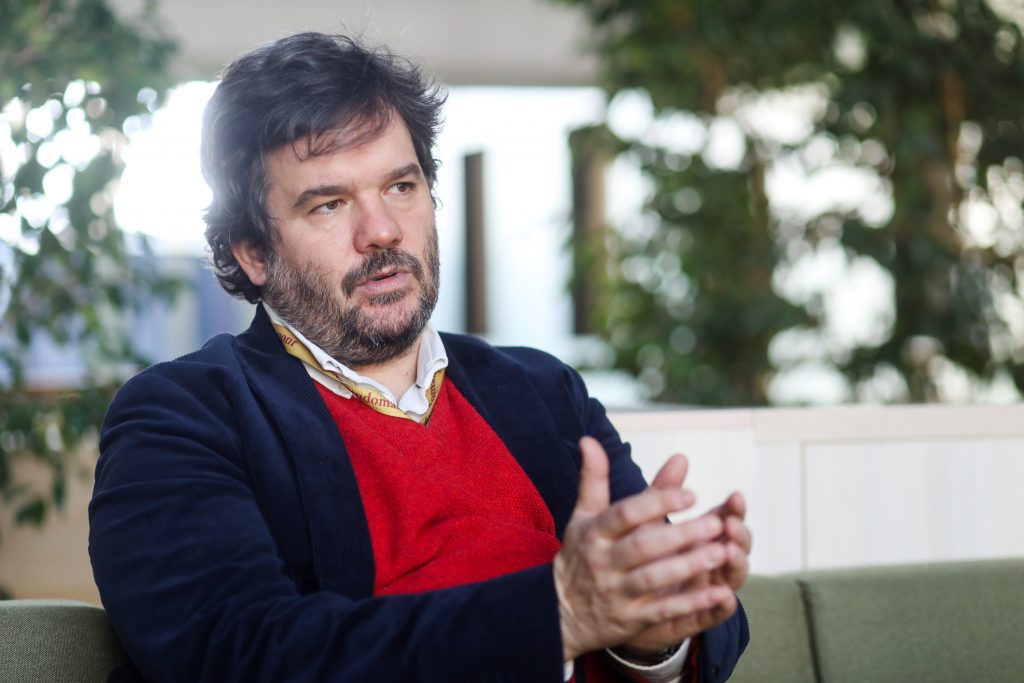 As the idea that Hungarians are linguistically and culturally alone in their own region began to gain ground in Hungarian public opinion from the 19th century onwards, the goal to try finding relatives and friends in the East also began to spread rapidly. According to historian Balázs Ablonczy, the author of the book To the […]
Péter Cseresnyés 2022.05.31. 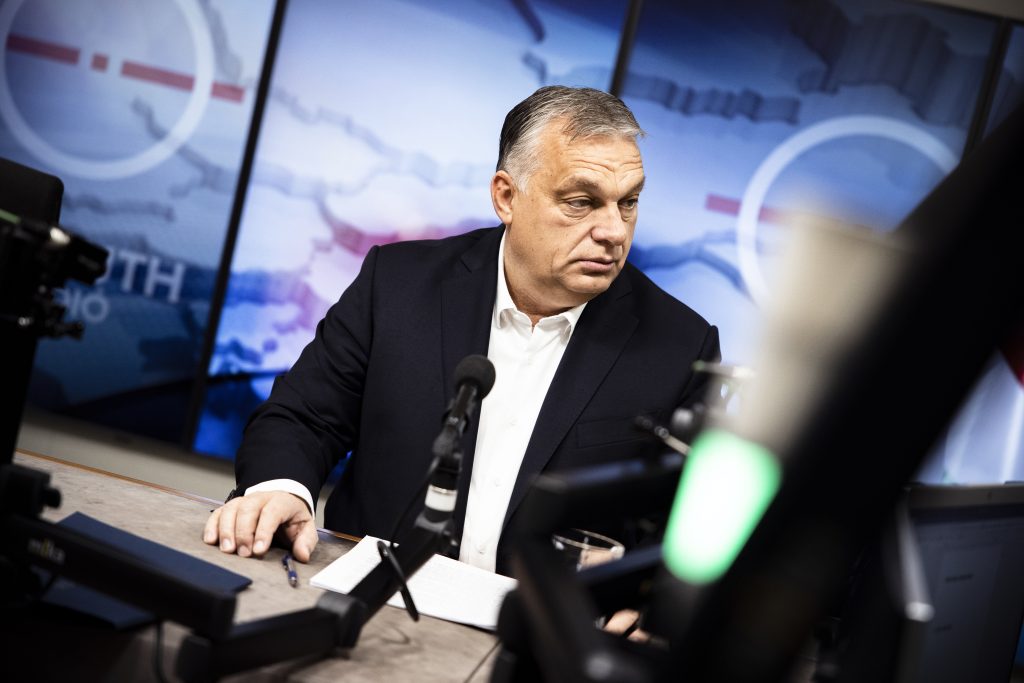