May the Force Be With You! A Look Back at Edward Teller’s Resourceful Life on the 110th Anniversary of his Birth

Edward Teller (Teller Ede) was born on January 15, 1908 in Budapest and died on September 9, 2003 in Stanford, California. He participated in the production of the first atomic bomb in 1945, then later led the development project of the world’s first thermonuclear weapon, the hydrogen bomb.[1]

Teller was the son of a prosperous Hungarian Jewish family. His doctoral thesis in Munich and Leipzig on the hydrogen molecular ion helped lay the foundation for a theory of molecular orbitals that remains widely accepted today.

In 1935, Teller and his bride, Augusta Harkanyi (Harkányi Mici), moved to the United States, where he taught at George Washington University in Washington, D.C. In 1941, Teller obtained U.S. citizenship and joined Enrico Fermi’s team of scientists at the University of Chicago to produce the first self-sustaining nuclear chain reaction.

Teller’s career ignited as he accepted an invitation from the University of California, Berkeley, to work on theoretical studies on the atomic bomb with Robert Oppenheimer, which led to Oppenheimer recruiting him for the secret Los Alamos Scientific Laboratory project in New Mexico in 1943.

Hiroshima, however, had a profound effect on Oppenheimer and other “Manhattan Project” scientists[2] who were reluctant to continue in nuclear weapons research. Teller was different. He believed that if the Soviets obtained the hydrogen bomb first, then the strategic balance would be uprooted and the United States would lose its deterrent capability (and he was correct in that assessment). President Truman gave the green light to develop the thermonuclear bomb, and Teller was instrumental in that particular project.

Teller was subsequently credited with developing the world’s first thermonuclear weapon, and he became known in the United States as “the father of the H-bomb.” Teller’s stubborn pursuit of the weapon in the face of skepticism, and even hostility, from many of his peers played a major role in the bomb’s development.

At the U.S. government hearings held in 1954 to determine whether Oppenheimer was a security risk, Teller’s testimony was unsympathetic to his former chief. “I would feel personally more secure,” he told the inquiry board, “if public matters would rest in other hands.” After the hearings’ end, Oppenheimer’s security clearance was revoked, and his career as a science administrator was at an end. Although Teller’s testimony was by no means the decisive factor in this outcome, many prominent American nuclear physicists never forgave him for what they viewed as his betrayal of Oppenheimer. 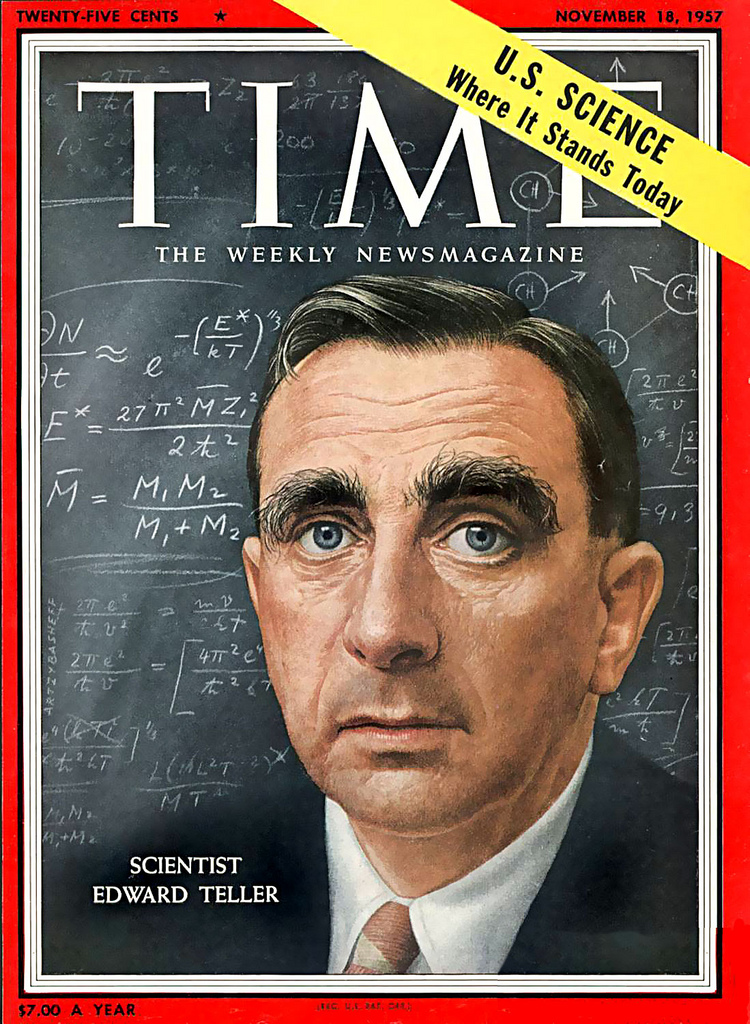 A staunch anticommunist, Teller devoted much time in the 1960s to his crusade to keep the United States ahead of the Soviet Union in nuclear arms. He opposed the 1963 Nuclear Test Ban Treaty, which banned nuclear weapons testing in the atmosphere, and he was a champion of Project Plowshare, an unsuccessful federal government program to find peaceful uses for atomic explosives. In the 1970s, Teller remained a prominent government adviser on nuclear weapons policy, and in 1982–83 he was a major influence in President Ronald Reagan’s proposal of the Strategic Defense Initiative, colloquially known as “Star Wars” (hence the title of this article), an attempt to create a defense system against nuclear attacks by the Soviet Union. 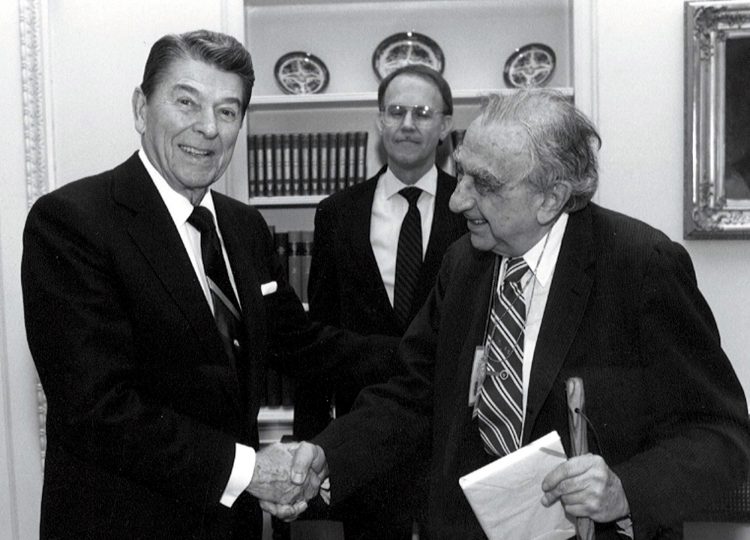 Historical accounts ascertain that Teller indeed had a strained relationship with Robert Oppenheimer, the physicist who had directed development of the Atomic Bomb at Los Alamos. He had his reservations about Oppenheimer’s motives — even testified at the McCarthy Trials floating the idea that Oppenheimer may be a “communist”. After Los Alamos, Teller went on to pioneer the much more powerful Hydrogen Bomb. He maintains he did so not to escalate an arms race, but to keep the former Soviet Union from getting it before the U.S.[3]

For this and other reasons, history has cast Teller as a hawk; the main character in “Dr. Strangelove”, was presumably based on him. In his “Story of the Martians” (A marslakók története) Teller writes about the 5 Hungarian scientists who were great friends – all from the 5th district of Budapest – Theodore von Karman, Leo Szilard, Paul Wigner, John von Neumann and himself. Karman’s research was not focused on development of the nuclear bomb, but he was instrumental in developing a potent U.S. air force.[4]

My uncle Béla Lipták, leader of the Hungarian Lobby initiative in Stamford, Connecticut, had a very friendly relationship with Edward Teller. Teller wrote a preface for one of his books and Béla often liked to tell stories about “Uncle Teller” (Teller Ede bácsi as he called him). One of these is when Teller had to drive Leo Szilard to Albert Einstein’s residence in order to convince him to sign a letter to President Roosevelt (FDR) to convince him to launch the Manhattan Project (this was presumably in the Summer of 1939), since Szilard did not know how to drive an automobile. The other is a later episode when the four of them (Szilard, Wigner, Neumann and Teller) were in a conference room discussing development of the bomb with Oppenheimer, and when Oppenheimer had to go to the restroom, they playfully looked at each other and switched the language of discussion back to Hungarian. The third such anecdote recited by Lipták is that Teller once told him that he felt like a 300% person – 100% Hungarian, 100% American and 100% Jewish. “A man cannot trade his loyalties” he said, “he can only compile them”.[5]

In 2003, just before his passing, Teller was awarded the Presidential Medal of Freedom by President George W. Bush. President Bush honored him the following way: “Edward Teller played a pivotal role in ending the Cold War. He has been a strong advocate for national defense and the cause of human freedom. The United States honors him for his excellence in science and in education, and his unwavering commitment to the nation.”

When regime change occurred in Hungary in 1989, Teller was elated and sent a message to young Hungarian scientists and Hungarians in general. He reminded us all that he and his fellow Hungarian scientists of the time all had different temperaments and approaches when it came to accomplishing their goals. And he added that it was precisely because of these divergent approaches that they were able to merge their talents and ambitions in order to advance world peace, freedom and democracy. Teller added that he hoped that in the new independent Hungary, young Hungarian scientists would follow in their footsteps and uncompromisingly contribute to the advancement of science and peaceful cooperation.

Teller lived a long and productive life. And he never lost his wit even under the gravest circumstances. We want to remember him and wish him a final farewell with the following quote:

[2] The U.S. Government employed some 130,000 people to work on the designated projects associated with the so-called Manhattan Project. Of course, there were some key personnel who were distinguished from the rest. Such were Robert Oppenheimer, Edward Teller, Leo Szilard, etc.

[3] Jim Clash: Was Edward Teller Really The Nuclear Hawk He Was Made Out To Be? May 8, 2017, Forbes Magazine

[5] I purposely write the scientists’ names with no Hungarian accent marks, since their names were “Americanized”, e.g., Neumann János became John von Neumann, while I use accent marks in Béla Lipták’s case as he prefers it that way. 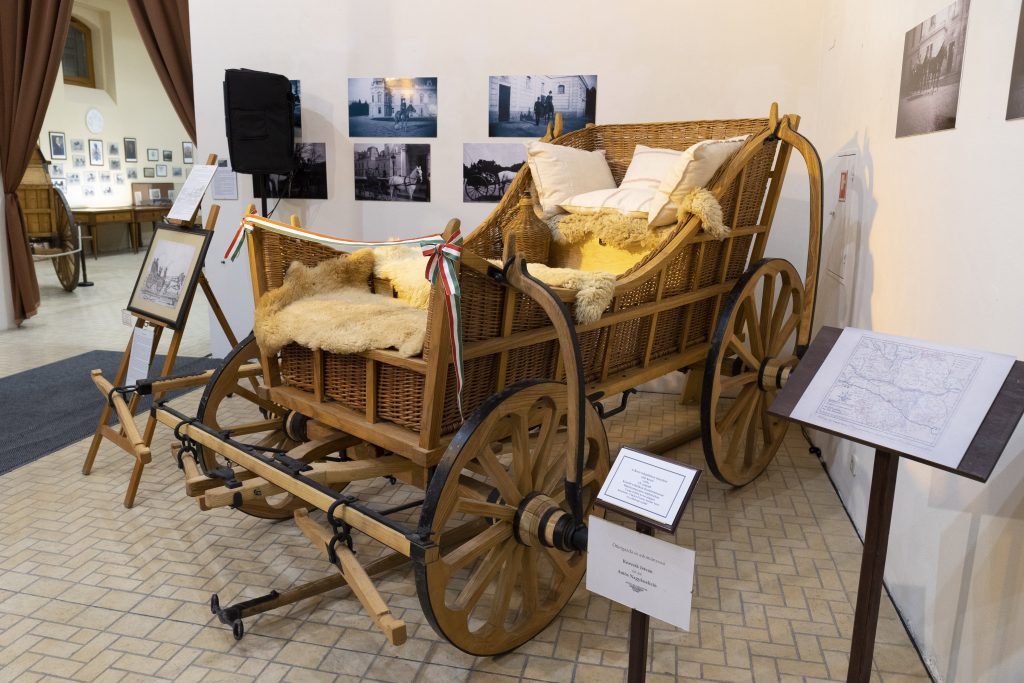 A predecessor to the modern car and the father of European Renaissance transportation, a reconstruction of the first ever coach has been produced at the Helikon Castle Museum, a section of Festetics Palace in Keszthely. The full scale model, presented at an inauguration on Thursday, is the first replica of the coach constructed and used […]
Tamás Vaski 2022.03.06. 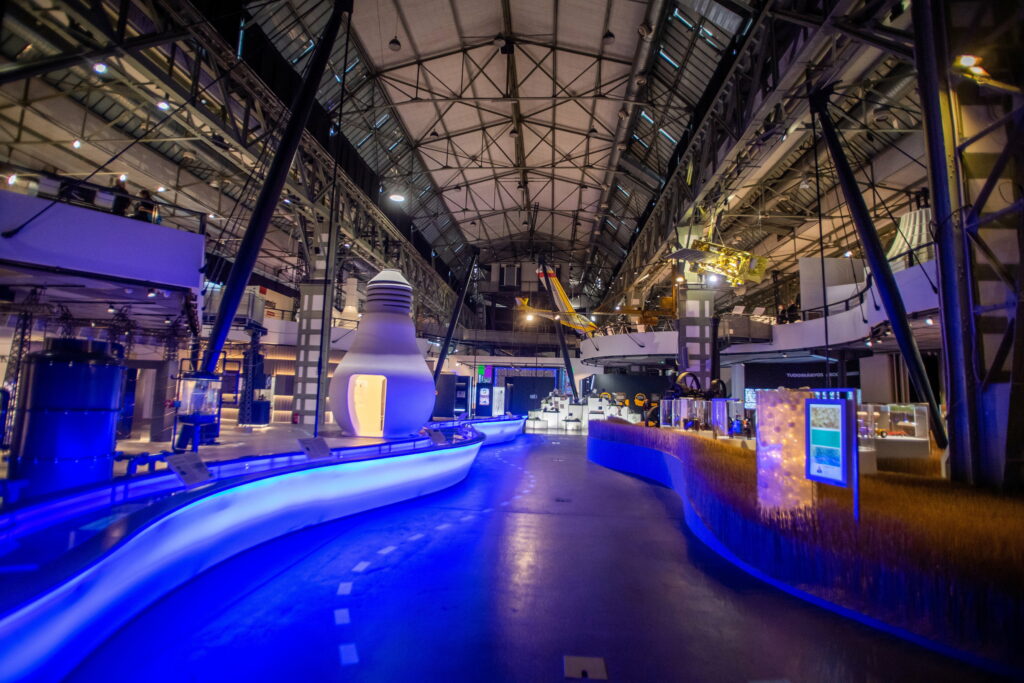 An exhibition showcasing innovations, patents, and lifetime work of some 600 internationally renowned Hungarian scientists and explorers over the past two hundred years opened in the Millenáris Park in Budapest on Monday. Addressing the opening of the show the prime minister’s chief of staff said the exhibition pays tribute “to problems resolved and to those […]
MTI-Hungary Today 2022.02.15.