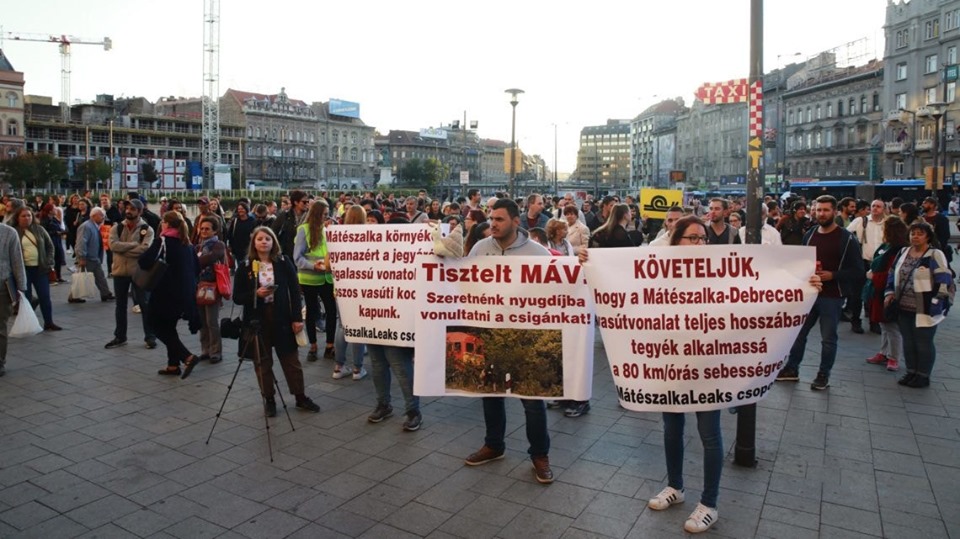 The unacceptable conditions of the Hungarian State Railway’s (MÁV) trains, technical failures, regular and long delays, and uninformed passengers were the focus points of the demonstration held on Thursday in front of Keleti Railway Station.

Organisers, website ‘MátészalkaLeaks,’ and Közlekedő Tömeg Egyesület (Mass Transit Association) ironically announced the demonstration to begin with a one hour delay “in a solidarity move towards MÁV.” By 6 o’clock, around three hundred people gathered, many of them holding ironic or funny banners and slogans.

A protester told Index that he has thus far lost two work places due to the unpredictability caused by the delays. Regular delays on commuter railways were one of the highlights most people came to protest against. Many also brought up MÁV’s regular failure to properly inform passengers about delays and changes. Likewise to the poor technical conditions: the famed snail who managed to overtake a train on foot on the Mátészalka-Debrecen line last year was also among the protestors.

Earlier, MÁV CEO Róber Homolya stated that criticism regarding the information system is correct. The company’s communications director Dániel Loppert, however, in an interview with pro-government Hír Tv ahead of the demonstration, said that the protest “is linked to the municipal elections” and “protestors will be protestors only until October 13th,” referring to the date of the upcoming municipal elections.

Hungarians Are the Least Satisfied with State Railways

In response to this, protesters promised that in case no changes were made, they would protest again in two months as well. 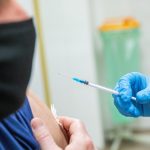 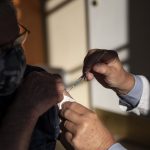 Instead of Compulsory Vaccination, State Transport Companies to Give Vaccinated Workers Extra Days Off