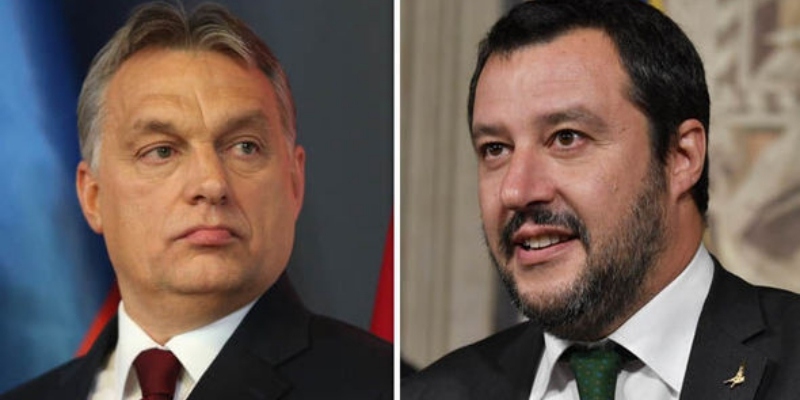 At least this is how Italian newspaper, Il Giornale described the newly formed relationship between two politicians. Italy’s new interior minister, Matteo Salvini, has pledged to form an allegiance with the Hungarian leader Viktor Orbán.

On Monday, Salvini in his speech declared that Italy will face many obstacles in the way changing EU migration policies, but there we’ll be also many supporters. He was suggesting that Rome will join eastern European nations challenging Brussels over migration rules.

The newspapers reported, the Salvini is confident about the future work with Orbán:

“I have had a long and cordial phone call with Hungarian Prime Minister Viktor Orbán,We will be working with him to change the rules of this European Union.”

The Italian politician had already expressed his sympathy towards Viktor Orban’s politics. Salvini said on Italy’s commercial television channel La7 that the Hungarian and Austrian approach should be followed in the European People’s Party because they protect their citizens and their jobs against external threats (immigrants).

However, it could be that some difficulties will occur between the two countries over how to change the policy. For example the Italian Prime Minister Giuseppe Conte urged the mandatory and automatic distribution of asylum seekers, to which the Hungarian government is strongly opposed.

Italy has received more than 700,000 migrants and refugees in the last five years and Mr Salvini has declared that the country will no longer tolerate being “Europe’s refugee camp.”