In an opinion piece published at novekedes.hu, central bank governor György Matolcsy calls housing a “weak point” in Hungary’s economic policy. The economist suggests that the government should come up with a housing strategy and set up “an organization to promote a sustainable housing market.”

According to Matolcsy, one of the weak points of Hungarian economic policy is housing, where “all good intentions eventually turn out bad.”

The only exception he mentions is the housing program launched by the first Orbán government in 2000, when 44,000 new homes were built.

The program was abolished by the new Socialist-liberal government after 2002, replaced by forex loans which later had dramatic consequences.

He argued the government’s new housing program, launched in 2014, had serious flaws from the get-go: “it had no responsible owner within the government and it had no thoroughly considered strategy; it promoted demand but failed to support supply, and fueled inflation.” The scheme was not coordinated with regional development policy, transport, and construction projects, or relevant vocational training, Matolcsy writes.

It wasn’t green, didn’t allow a chance for renting, only ownership, and no successful international example was taken into consideration, he argues.

Matolcsy thinks this is the reason for the unsustainable current housing policy where “well-wishing” family support measures aimed at boosting demand, have resulted in extreme inflation on the real estate market, with not enough properties to meet that demand.

Today a 90 sqm home would require 15 years of median income to buy. Budapest is the 6th most expensive capital in Europe in terms of property prices and rents, he points out.

Fully 80% of Budapest’s residents are homeowners, while that ratio in Vienna is 22%, “this discrepancy dramatically impacts Budapest’s competitiveness,” Matolcsy says.

Finally, Matolcsy writes that a consensus is needed between the government and experts on housing, because in the 2020s, we’ll need every bit of our resources to continue closing the gap with the rest of the European Union by an annual 2 percentage points. 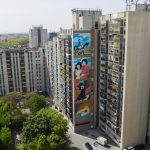