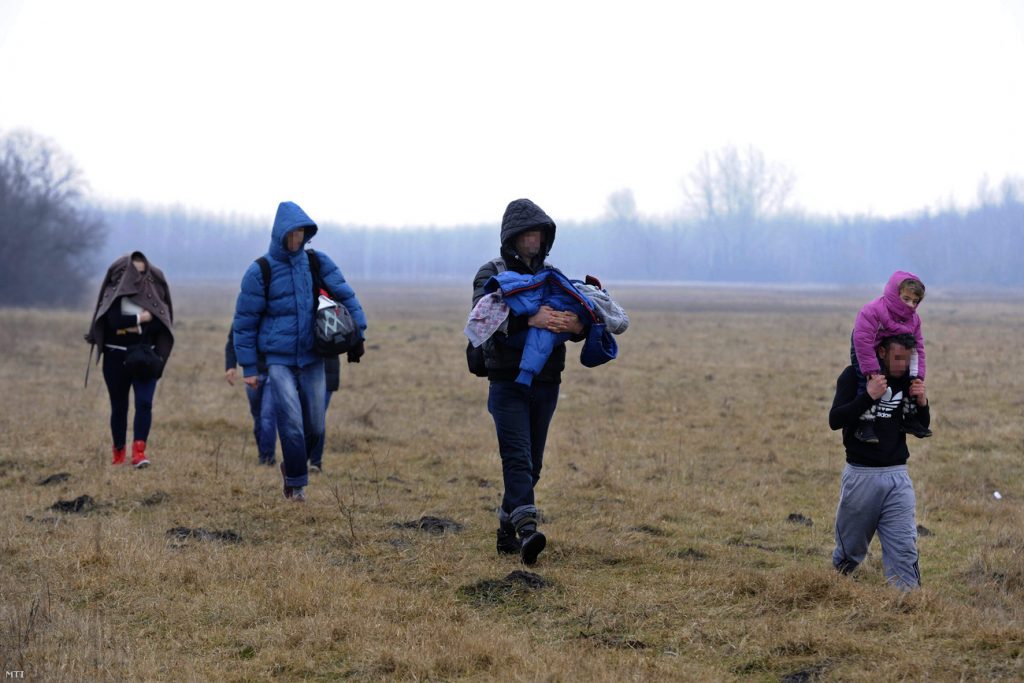 Hungarian policemen have caught a record 4235 illegal immigrants across the country from Friday to Sunday, including 270 children.

The number of illegal aliens upheld was between 1300 and 1500 on all three days of the weekend, Hungarian police told the state news agency MTI. Proceedings were launched against ten people for human trafficking and four for falsifying official documents. The highest number of people crossing the border illegally were caught on all three days in the southern area of Csongrád county, near the frontier with Serbia.

Reports of the record number of illegal migrants caught in Hungary come as a government politician has claimed that the present migratory wave, which is seeing Hungary receive the EU’s highest number of asylum applications in proportion to its population, is “a conscious resettlement and the occupation of Europe”. Speaking to the daily newspaper Napi Gazdaság, Miklós Soltész, State Secretary at the Ministry of Human Capacities responsible for nationality, church and civil society connections, added that “it would be necessary for not only Hungary and some other member states but also the entire EU to sound the alarm and give a common, efficient and swift response in order to settle the situation”. In defence of the new 175-kilometre fence being built on the border with Serbia, he said it is important because no such efforts are visible “in the bureaucratic mechanism of Brussels”.

While agreeing with the reporter what Europe is becoming Islamised, he insisted that Islam as a religion should not be condemned. “However, it must be recognised that European culture is built on the foundations of Jewish and Christian civilisation. Of course, this does not mean that everyone is religious, but society as a whole is nevertheless a community built on the basis of Jewish and Christian culture”, he added.