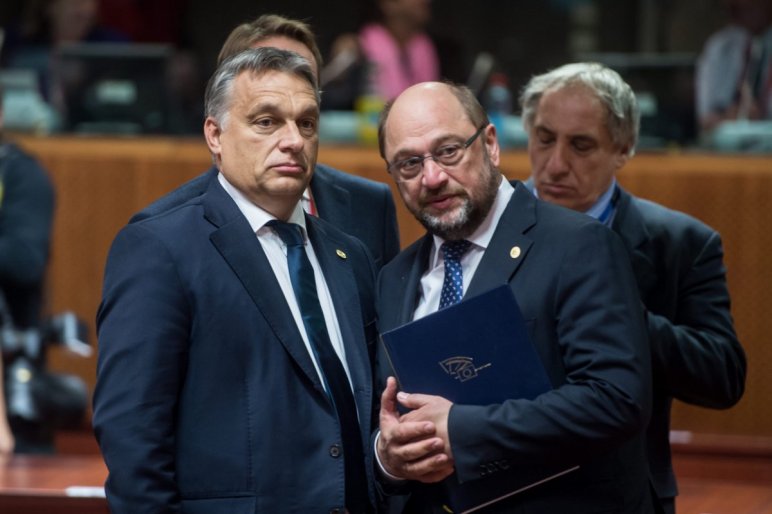 Martin Schulz, the German President of the European Parliament, has said that Hungary is not involved in the European Union’s refugee quota system due to its approaches to migration, though other European countries are willing to cooperate on the issue.

Mr. Schulz added that other countries in the region, unlike Hungary, might be willing to volunteer in accommodating refugees, citing Portugal and Spain as an example.

“Mr. [Hungarian Prime Minister Viktor] Orbán has clearly decided to go his own way,” the President of the European Parliament told the TV show Berlin direkt in an interview on Sunday.

On Thursday, the head of the Hungarian prime minister’s administration, János Lázár, said that his country would most likely build a fence on its border with Romania, a common practice of some European states in addressing the growing number of migrants reaching their territories.

Hungary is one of the four Visegrád Group states, along with Poland, Slovakia and the Czech Republic. The V4 group opposes the implementation of the EU mandatory quota scheme to share thousands of refugees within the 28-nation bloc.

Mr. Schulz’s statement clearly goes against claims made by the opposition Jobbik and DK parties that at the latest EU summit, the Prime Minister gave the go-ahead to the EU’s planned quota system and the “mass resettlement” of migrants to Hungary.