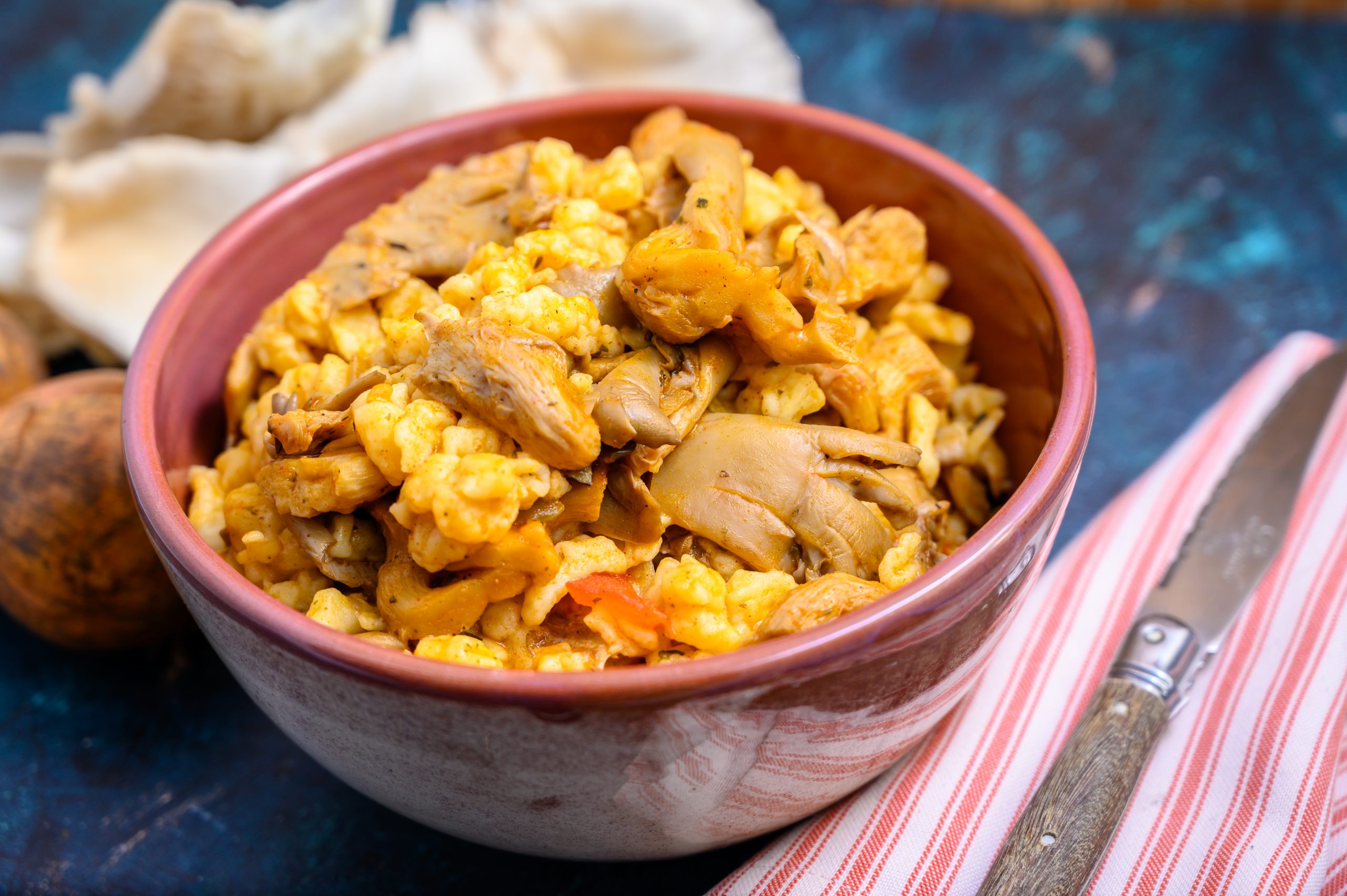 In our next Hungarian recipe, we are preparing the legendary dish of the Transylvanian forests, the ‘tokány,’ with a little twist: from the popular oyster mushrooms. The tokány is in fact one of Hungary’s most mysterious national dishes, even its name raises questions: it was certainly not the Szekler name of the pörkölt (stew), but then where did it come from and why is it so special?

There are thousands of myths and stories circulating about the origin of the tokány, its history, and, in fact even what exactly the term covers. What we know for sure is that tokány is not the Szekler name of the famous Hungarian national dish pörkölt (stew), although it is only separated from it by one or two small differences. One of those is the special cutting technique used when preparing the meat for the tokány, called ‘chopping to tokány,’ which means chopping it to 4-5 centimeter-long strips of pencil thickness instead of the usual cubes. It is said that this method originated from the time when ancient Hungarians were still wandering the steppes, who softened the meat under their saddles, but it has not been proved whether it was originally a Hungarian dish at all. 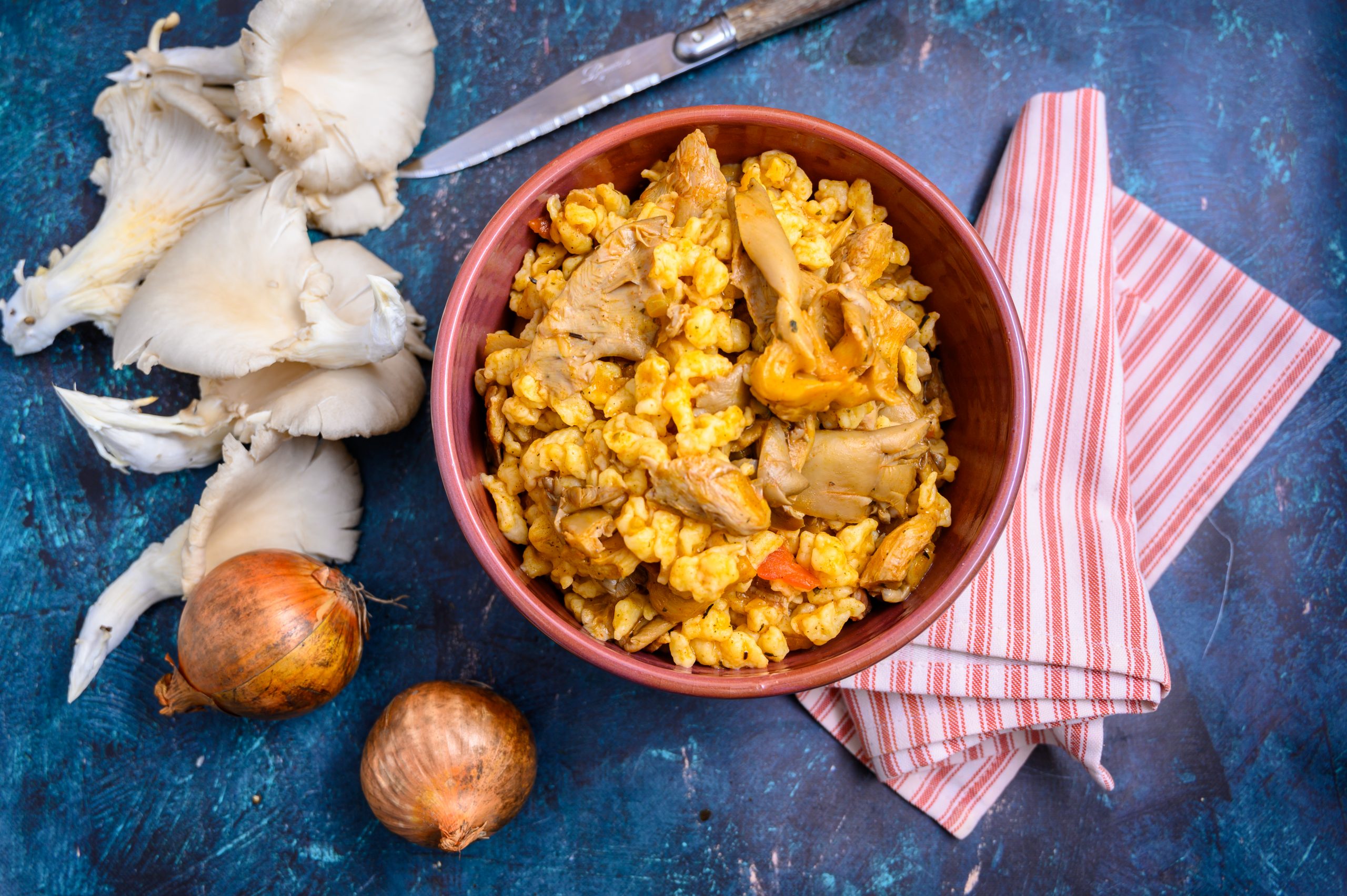 However, in this recipe, the oyster mushrooms cannot really be cut into small strips, so it would only resemble a ‘real tokány’ with the lack of red peppers… But as you can see in the picture, I put a bit of paprika in it and I even dare to still call it a tokány, mainly because when this legendary food was still widespread in Transylvania, the red pepper had not yet set off for its domestic triumph – and when it did, the tokány was knocked out instantly by the more popular mushroom stew. So why not combine the two? 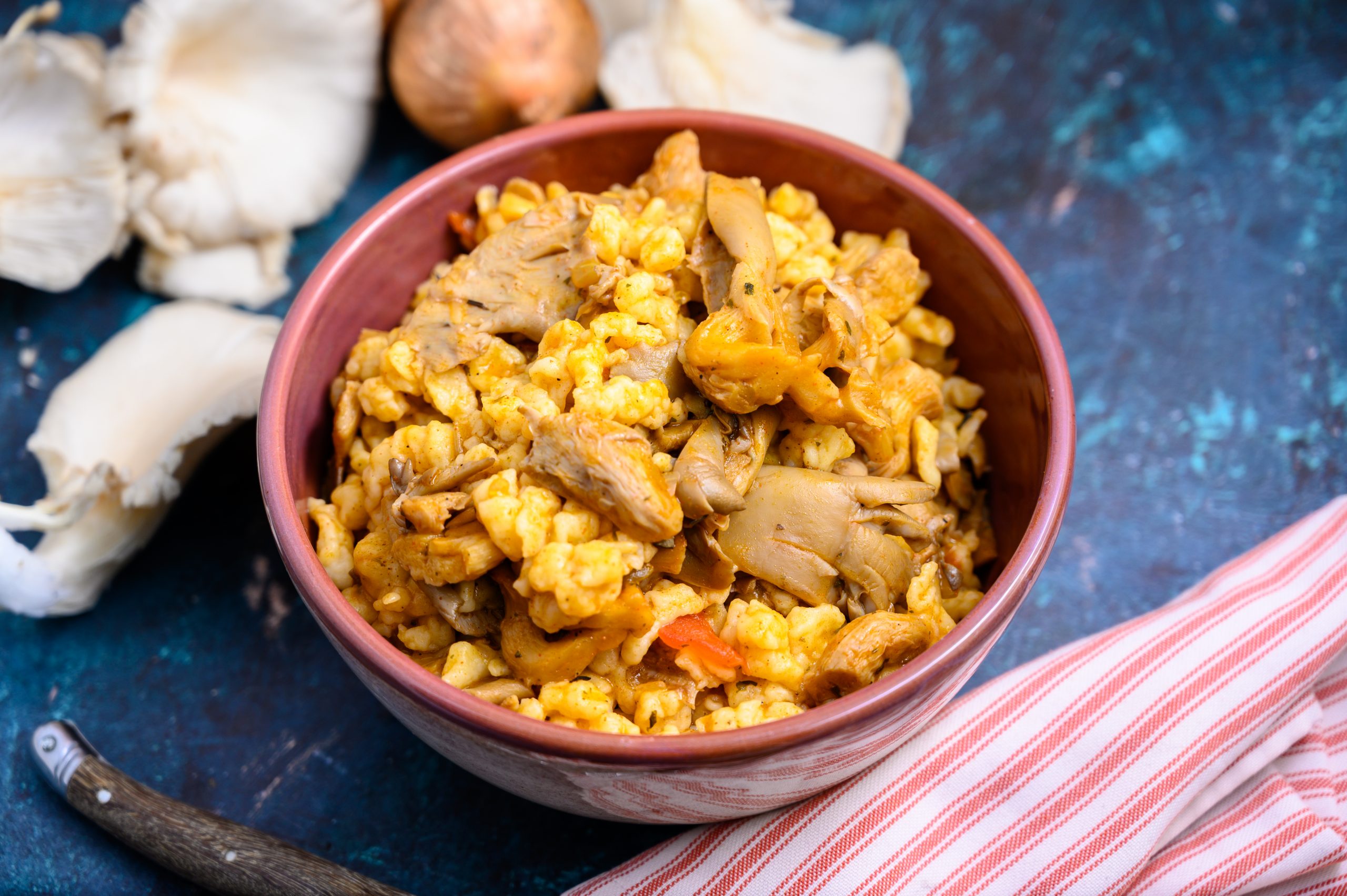 Fry the bacon in its own fat, then add the onion and fry it as well. Then add the red pepper and mix it quickly before adding the oyster mushrooms. Stir it gently while frying the mix for a few minutes, then pour in the broth and add salt and pepper to it. Cook over medium heat for 20 minutes. Meanwhile, mix the ingredients of the dumplings together. The dough will be good if we get a harder mass, which still sticks to the hand, but almost flowing. Use a nokedli/noodle chopper to drop the dumplings straight into the tokány and cook the mix for another 7 minutes.