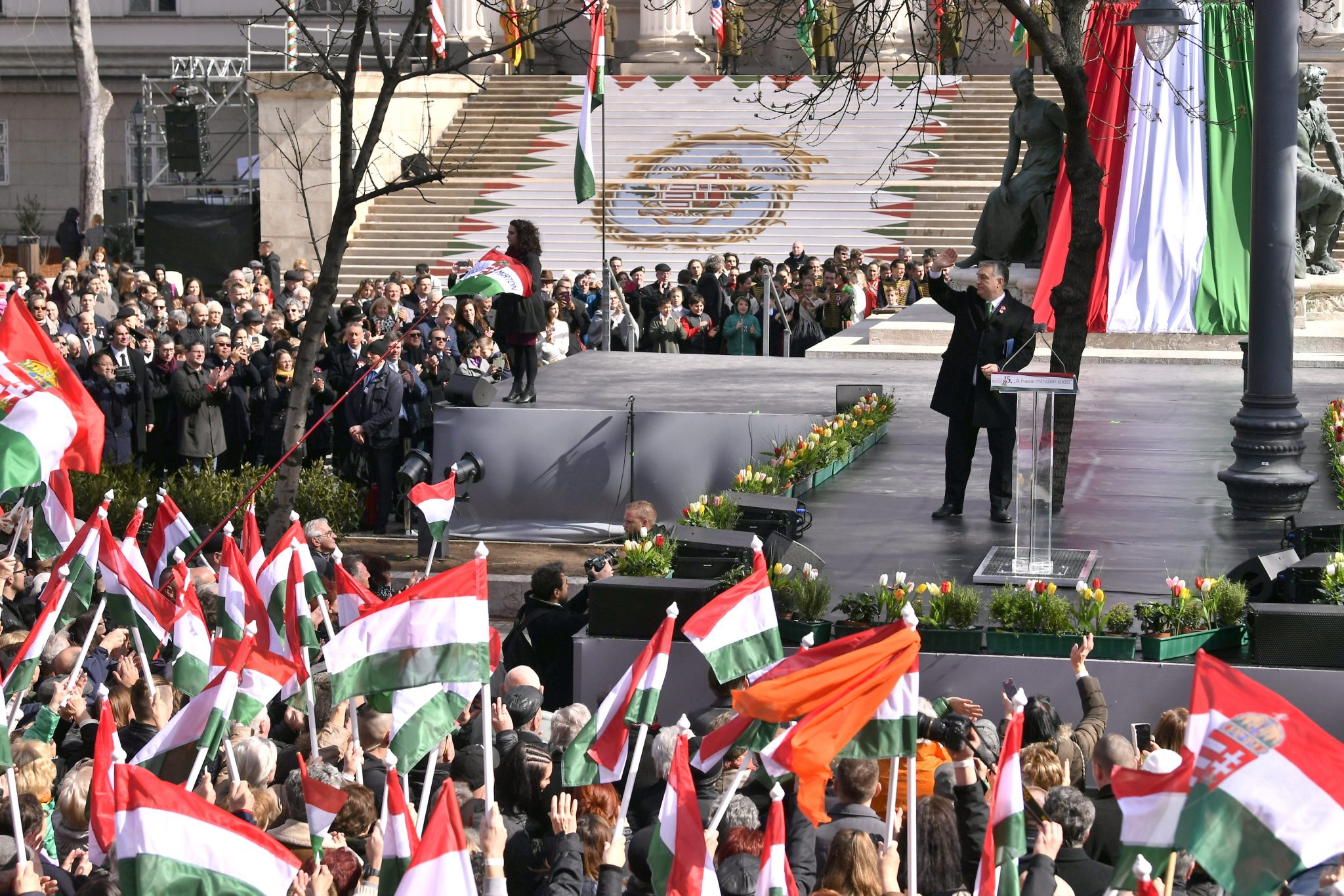 Europe’s peoples should “see and understand that Europe will have no free life without its Christian culture”, Prime Minister Viktor Orbán said during a state celebration of the anniversary of Hungary’s 1848 revolution in front of Budapest’s National Museum on Friday.

Unless we protect our Christian culture we will lose Europe and Europe will no longer belong to Europeans,”

Orbán insisted. He added that Christianity was equally important for a free Hungary and warned that

all of us would lose our freedom in a liberal empire. Nobody can be free if they are subjects of an empire rather than children of a free nation”

“Europeans can only be happy if they can decide on their own fate and on the future of their nation”, Orbán added. 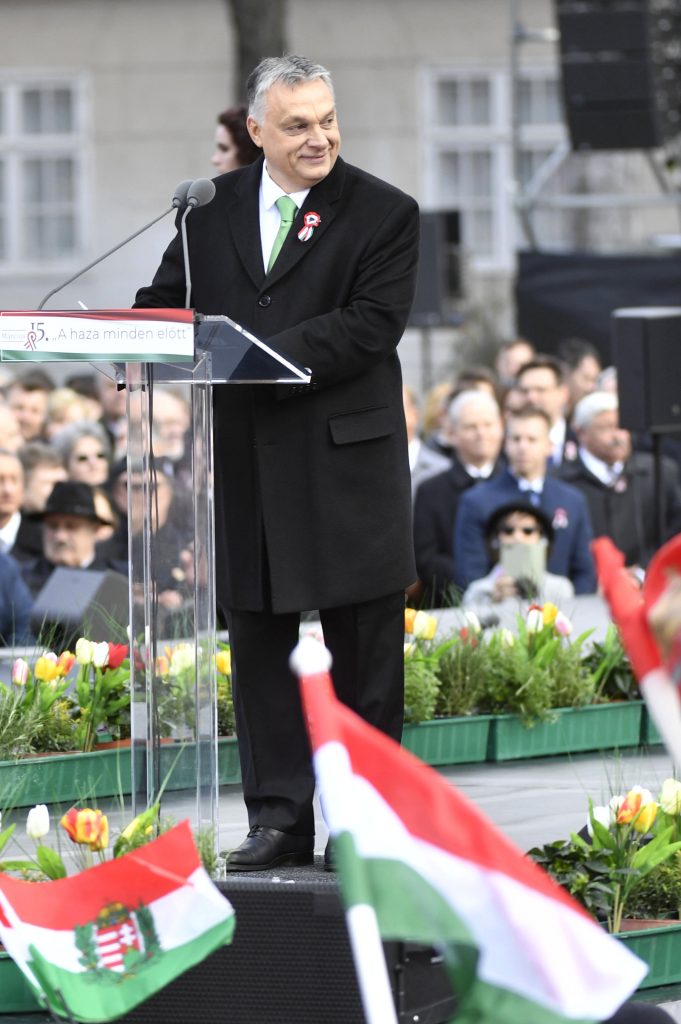 The ideal of freedom “is rooted in Christianity because all people and all nations are equal before God,” the prime minister said. 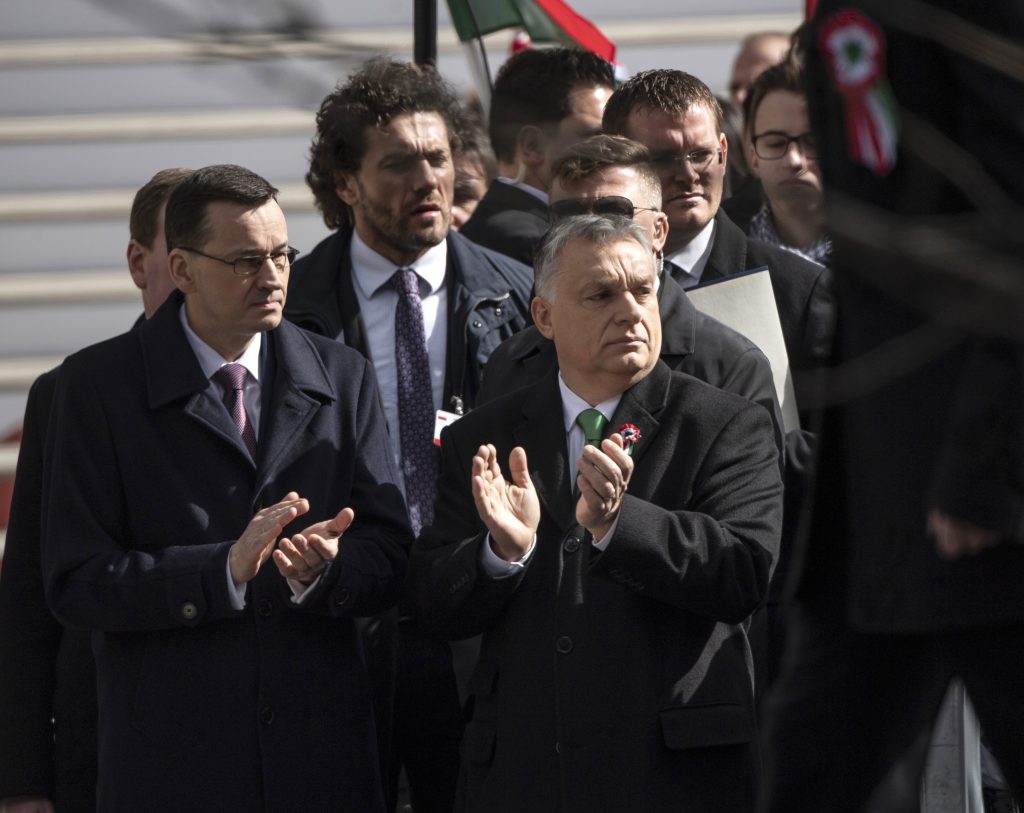 Orbán welcomed Polish participants in the celebrations, and said that “without Poland Hungary would not be free and Europe could not have been re-united”. “When they attack Poland from Brussels, they attack the whole of central Europe, including us, Hungarians”.

“Each year we renew our oath to God that we will insist on freedom and reject subordination; the nation’s common oath means that each Hungarian will stand by other Hungarians and all Hungarians will stand by Hungary,” Orbán said. 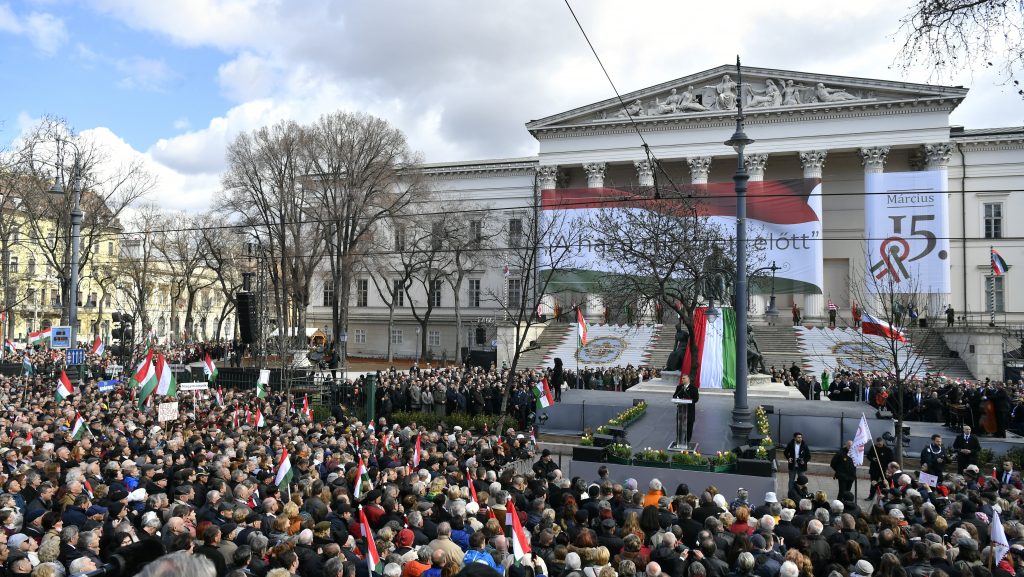 Concerning Europe, the prime minister called for “strong nation states and new, strong leaders” who will “take aid over there rather than bring problems over here”.

For Hungarians “freedom is not a goal but a way to reach our goals”, Orbán said, and argued that “we want simple things, just like in 1848: a homeland of our own, good neighbours, an understanding spouse and loving family, and work, which is meaningful and fruitful,” Orbán said. “For us freedom is not an abstract ideal but life itself; breathing, circulation and the throbbing of the heart,” he added. 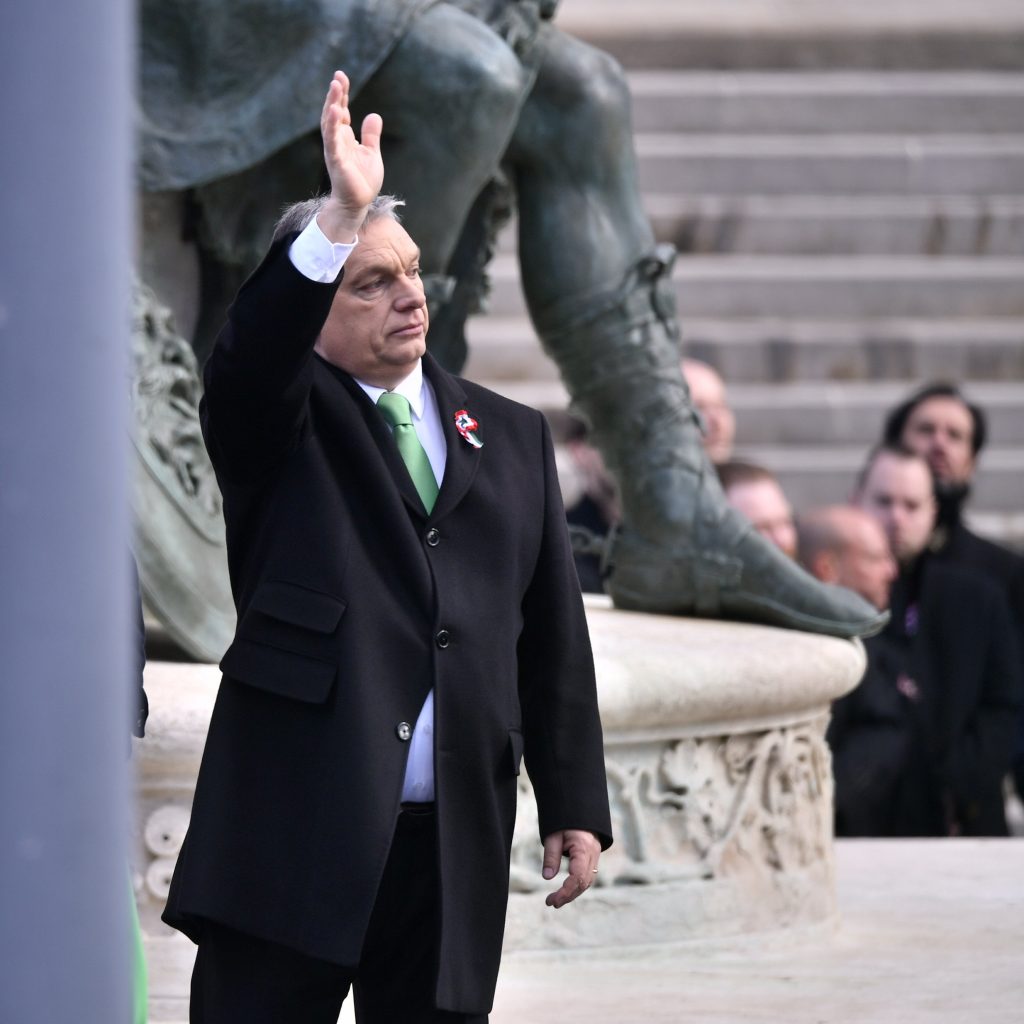 “The years to come will prove that we, Hungarians, are not here just to suffer through life but to give it a meaning,” the prime minister said, concluding his speech by saying that “Hungary first, God above all, go Hungary, go Hungarians.”

Poland and Hungary are once again fighting together for a common future and “supporting justice, solidarity and equal rights as they did in 1848-49,” Polish Prime Minister Tadeusz Morawiecki said during a state celebration of the anniversary of Hungary’s 1848 revolution in front of Budapest’s National Museum on Friday. 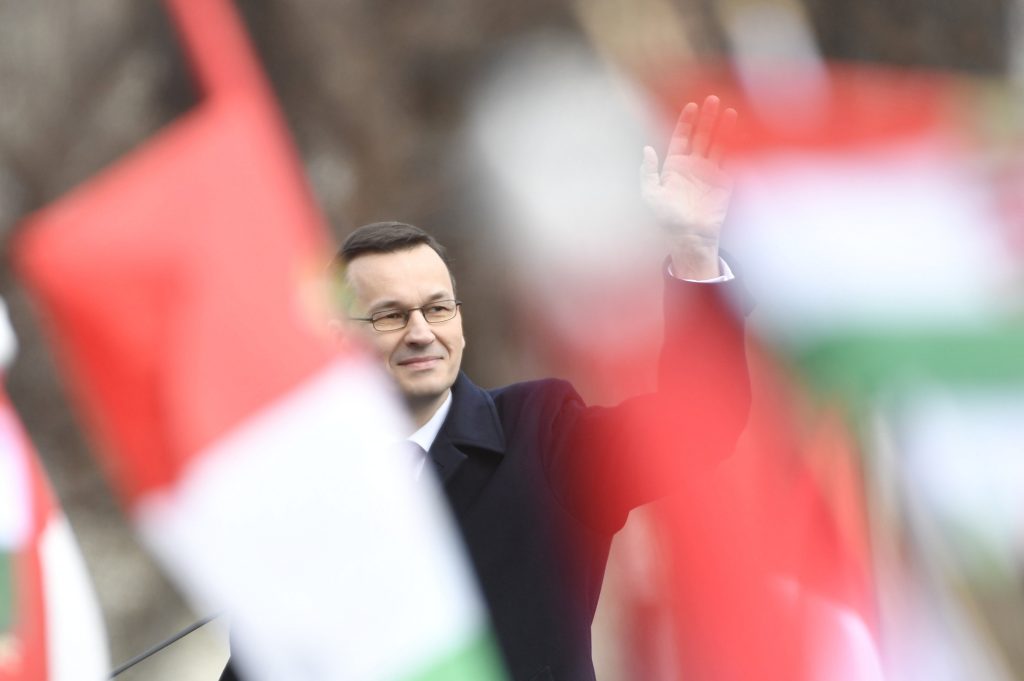 Morawiecki noted that the two nations had been friends for over a thousand years and fought together for freedom on several occasions.

“Now we are fighting for a better Hungary, a better Poland, a better Europe. For all who believe in a Europe of nations which will serve the common man rather than the elites,” he said.