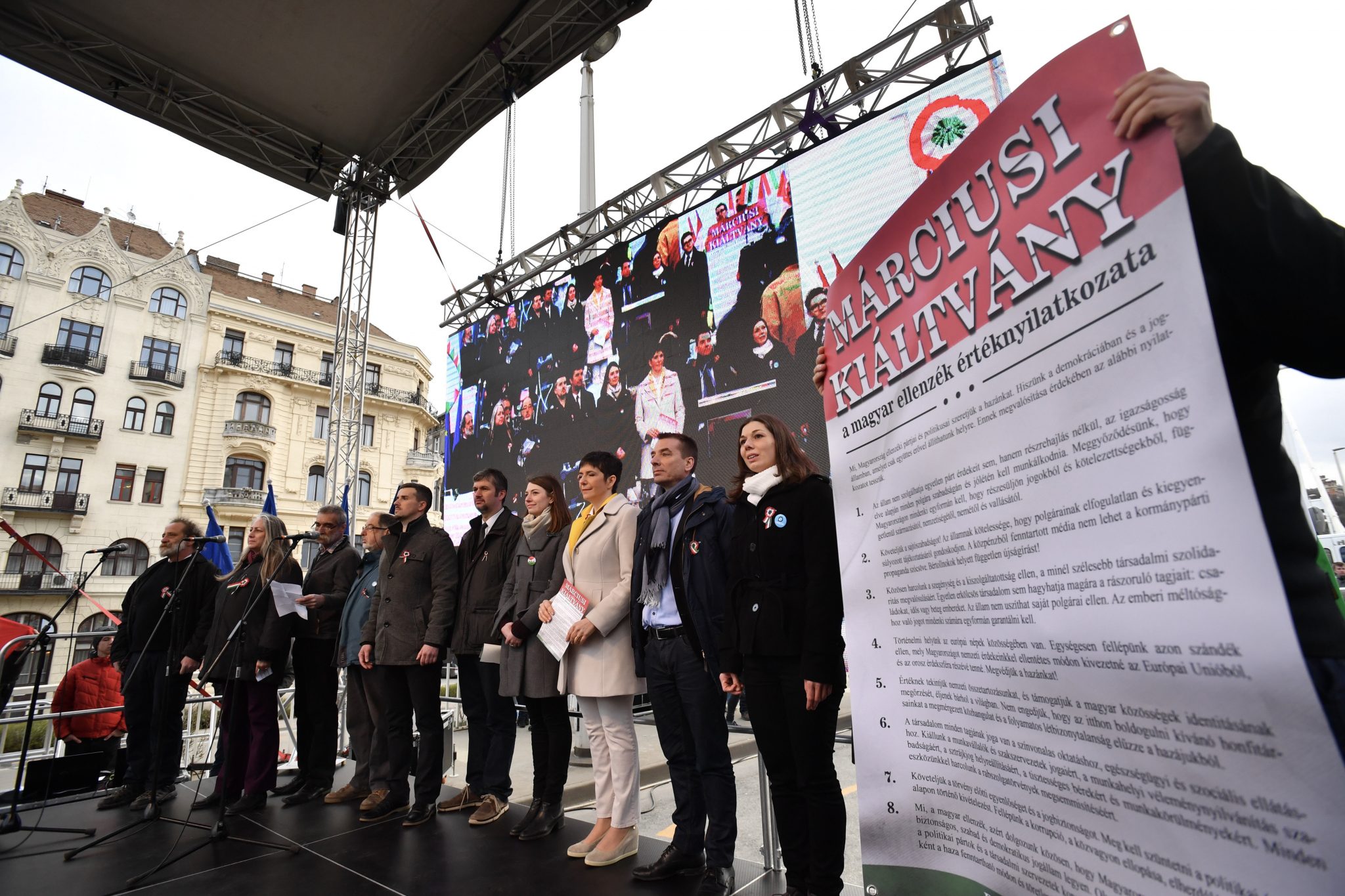 Hungary’s major opposition parties commemorated March 15 in a joint video message on Sunday. The joint demonstration they planned was cancelled because of the coronavirus outbreak.

Péter Jakab, the leader of the right-wing Jobbik party, said that in 1848 conservatives and liberals, noblemen and serfs had fought together to dismantle feudalism. “The task today is the same: we must dismantle a system that supports corruption, overtaxes Hungarians, destroys the rule of law and generates hatred instead of solidarity,” he said.

MSZP (Socialist) lawmaker Ágnes Kunhalmi, calling on the spirit of 1848, said Hungary needed a new democratic government to transform the country into a republic once again.

Katalin Cseh, an MEP of the centrist liberal Momentum Movement, said that March 15 was a celebration of young, rebellious and freedom-loving people.

Ferenc Gyurcsány, the leader of the leftist Democratic Coalition (DK), said March 15 was not only a celebration but an event that served as a clarion call to the opposition “to fight”. “We stand united in this great fight in order to restore a democratic, European-Hungarian republic,” he said.

János Kendernay, the leader of the centrist green LMP party, outlined the party’s demands along the lines of the 12-point proclamation of 1848. This time, he said the demands were to protect the climate, the environment, the habitat and value of farmland, and respect future generations. He also called for freedom of the media and education system.

Tímea Szabó, the leader of the green-liberal Párbeszéd party, appealed to the youth who “clearly understand the challenges of our time”. They are those who organise climate protests demanding “a green, sustainable and social future”.

Anett Bősz, the leader of the Hungarian Liberal Party, said Hungary’s “biggest tragedy” was that, just like in 1848, the cause of freedom and a free press still had to be addressed.