Hungarian healthcare workers had to sign a new contract by March 1st in order to be able to continue working in public care. The new contract contains strict conditions and a lower salary for some due to new overtime rules and the banning of second jobs, which is why many working in the sector have refused to sign it. According to the national director-general of hospitals, 95 percent of workers signed the documents.

Parliament approved the bill for a major wage hike for physicians last October. The new law grants a 120% salary increase to doctors in Hungary in three steps, reaching its maximum in January 2023. The law also criminalizes gratuities offered as bribes and sets a limit on the value of non-cash gifts from patients to doctors at five percent of the monthly minimum wage. 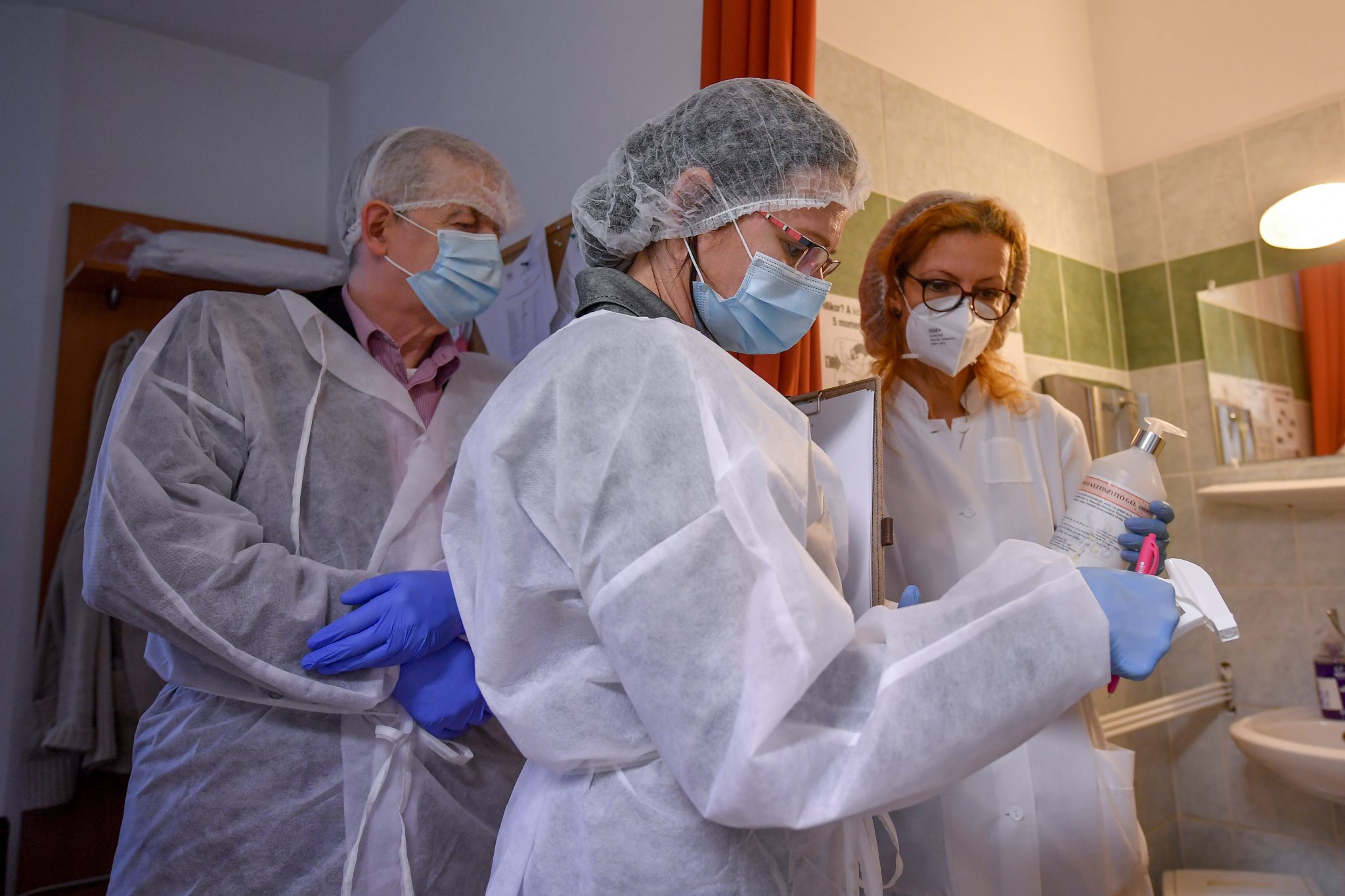 But doctors working in public care have to accept a number of conditions in exchange for the higher salary and must also sign a new contract with the government. Other healthcare workers such as ambulance workers and nurses also have to sign the contract although they are not receiving any wage hike, only the new list of strict conditions. As a result, healthcare workers lose their civil service status with the introduction of a new special one called ‘health service relations.’ Those who didn’t sign the papers by the 1st of March are not able to work in public hospitals and specialist clinics.

As we previously reported, the content of the new contract has been causing major tensions across Hungary among healthcare workers, mainly because it is still unclear what will happen to the extra compensation given to doctors on top of their basic salaries. Additionally, doctors will receive less hourly wages during on-call shifts, at night, on weekends, and on holidays than during normal working hours. This, for many, means a step back from the level of promised salary increase, for some it would even negate it. 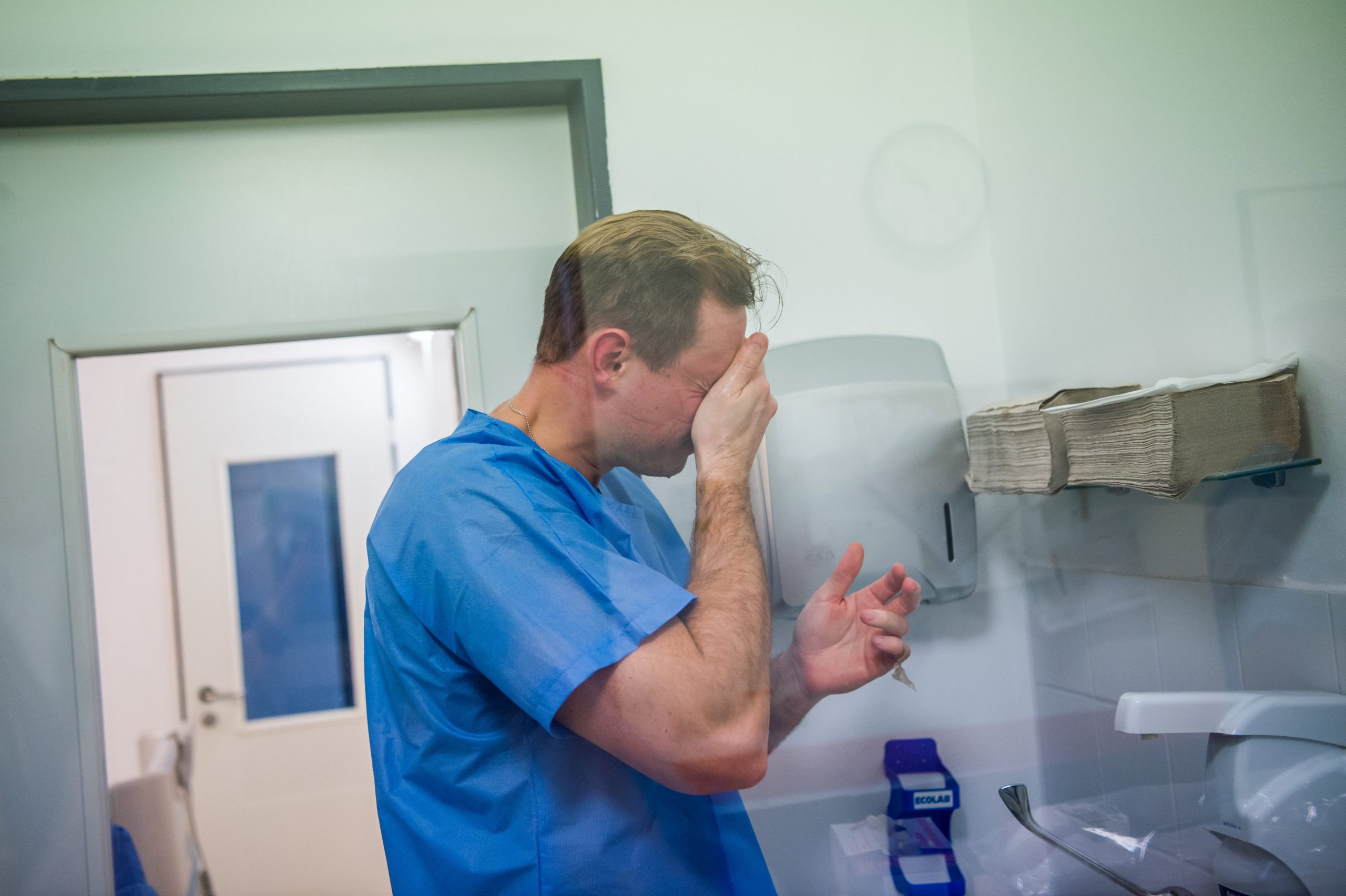 Hungarian physicians have to sign a new contract by the end of this week to be able to continue working in public care after March 1st. Under the new agreement, the base salary of doctors will increase significantly, but there might be a major setback in the additional benefits, so much so that for some […]Continue reading

The current situation is particularly worrying because the third Covid wave in Hungary is on the rise, with more and more people being hospitalized. If health workers choose en masse not to continue their work, patient care can quickly reach the limits of its capacity.

Meanwhile, there are several reports of healthcare workers who refused to sign the contract just hours before the deadline.

“There’s not enough equipment, or people, and no money. You have to beg for basic things like rubber gloves, FFP-2 masks, protective clothing. According to the management, everything was fine with these,” one of the nurses who resigned said, justifying the staff’s decision. She said they had already reported their problems to the hospital management last year, however received nothing but promises.

In a follow-up statement, Szent Imre Hospital said that the vast majority of their staff – doctors and nurses – had already signed the new contract of employment. Just like in other healthcare institutions, Szent Imre Hospital had problems only in the busiest care sector. Uninterrupted patient care is still ensured with in-house redeployment, they emphasized.

But it is not only Szent Imre Hospital where the en masse resignation is causing problems in patient care.

According to another report by hvg.hu, only three of the 15 doctors signed their new contracts in the internal medicine department No. 2 of the Jahn Ferenc South Pest Hospital, thus the department has become unable to function.

This places a huge burden on the other internal medicine departments of the institution, the director-general of the hospital wrote in the letter informing Hungary’s National Public Health Center of the situation.

The specialist clinic found in the town of Aba also had to suspend its operation because the seven minority municipal owners of the operating company prevented the head of the clinic from signing his new contract, news site Telex writes.

A letter sent to the staff of  Tatabánya’s Szent Borbála Hospital was also leaked, informing them there will be no night shift in the emergency department of the institution on Monday. All on-call specialists have to provide care for their patients in the ICD.

Due to the new, strict conflict-of-interest rules in the contract, the wife of András Csaba Dézsi, the Fidesz Mayor of Győr who is also a Chief Physician, is also leaving healthcare after 15 years of joint work, Dézsi announced on Facebook.

Dézsi, who did not give up his profession as a cardiologist after being elected mayor, harshly criticized the new legislation, calling the move a “disgrace,” and told tabloid Blikk that his wife had not signed the new contract offered to her, which would downgrade her, and would rather teach at the university.

At least 15-16 points of the law regulating the new service relations of healthcare workers are problematic, said Dézsi.

According to Dézsi, banning second jobs for workers is a bad idea, as this is why a significant proportion of highly knowledgeable people are likely to move into the private sector. However, many serious operations cannot be carried out there, he said.

Dézsi believes that only the government can correct these mistakes, and he is sure it will.

More than 95 percent of Hungary’s health-care workers have signed their new contract establishing their new legal status, the national director-general of hospitals said on Tuesday.

Hungary’s health-care system employs more than 110,000 people, most of whom have accepted their new contracts, Zoltán Jenei told a press conference, adding that as many as 96 percent of them could end up signing the contract.

Jenei said the new legal status of health-care personnel would help maintain or even improve the quality of health care across the country.

Jenei expressed his respect for the health-care personnel who had decided to remain in the public health-care sector during the coronavirus pandemic.