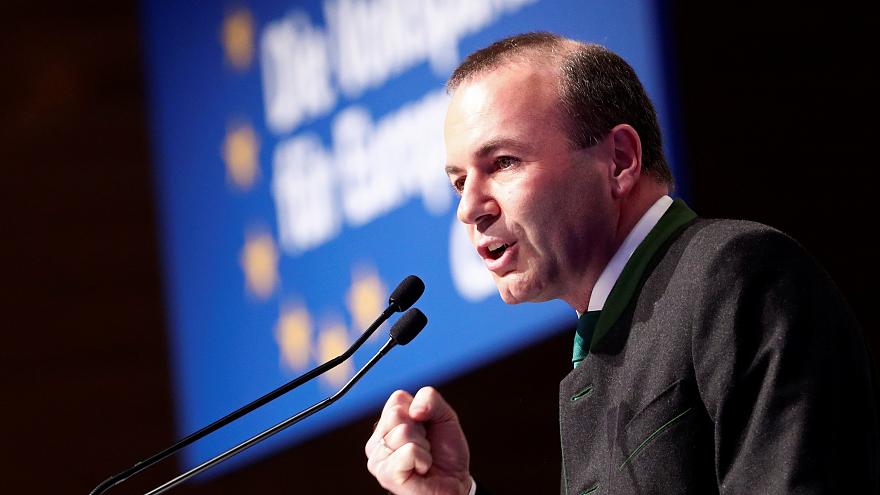 “Viktor Orbán must immediately end his government’s anti-Brussels campaign,” Manfred Weber, the leader of the European People’s Party, declared on Tuesday. The Spitzenkandidat discussed in detail the conditions of Fidesz’s continued membership in an interview with German newspaper Bild.

Manfred Weber explained that the termination of Fidesz’s EPP membership could be avoided if three conditions were met:

“All options are on the table, especially the option of expulsion, and for us to go our future way without Fidesz,” Weber told reporters in Landau an der Isar, a town in his home region of Bavaria. “We have a new situation today in the party.”

He also said he will make one final attempt to keep Orbán and Fidesz in the EPP, “but the values of Christian democracy are non-negotiable.” If the Hungarian government does not comply within one month, Fidesz will be excluded.

Recently, another leader clearly expressed his ire towards the Hungarian party. Joseph Daul strongly condemned the Hungarian government’s billboard and Orbán’s association with populism. More than ten member parties of the EPP from nine different countries requested Fidesz’s exclusion or suspension. The matter will be further discussed at the party association meeting on 20 March.

According to APA’s Austrian news agency, Chancellor and President of ÖVP, Sebastian Kurz, EPP Vice President and Commissioner for Enlargement, Johannes Hahn and Austrian MEP, Ottmar Karas, emphasized in a joint statement that they fully support Manfred Weber’s stance. “These conditions are indisputable, they must be met, otherwise further steps are threatened,” the leading Austrian politician urged.

On ZDF German national television on Tuesday, Jean-Claude Juncker, EP President-in-Office of the European Commission, said: “Enough is enough. He who lies in European affairs for domestic political reasons has to ask himself whether he still wants to belong to the EPP. I do not think he belongs here anymore.”

Juncker also added: “I announced months ago that Orbán is the EPP’s biggest problem in the European elections.”

“Representing the opinion of the Hungarian people in Brussels is more important than party discipline,” János Halász, Fidesz spokesperson, said in response to recent criticism from the European People’s Party on Tuesday.

“This is a big family of parties; each party has its position and Fidesz has its own. We think it is important to preserve European Christian values and maintain security and provide protection for our communities,” Halász insisted, arguing that “this is the position Hungarian voters gave us permission to take.”

In yet another development, Halász voiced support for parliament’s decision to fine the MPs that staged a protest in the national assembly in December of last year in an effort to thwart a vote on labor changes.

Fidesz in search of new allies

According to Politico, Orbán has already begun negotiations with Marine Le Pen’s National Rally in France. If Fidesz would join Europe of Nations and Freedom, it would be the third biggest party in the group. Another option is forming an alliance with Poland’s “illiberal” Law and Justice party (PiS), with whom Fidesz is already well acquainted. However, Politico writes that “Orbán could just sit tight.”

Assuming Fidesz is not expelled from the EPP, the party could simply wait and see how the May election unfolds, and whether there’s much change in the political dynamic, particularly in the EPP and among Euroskeptic groups.