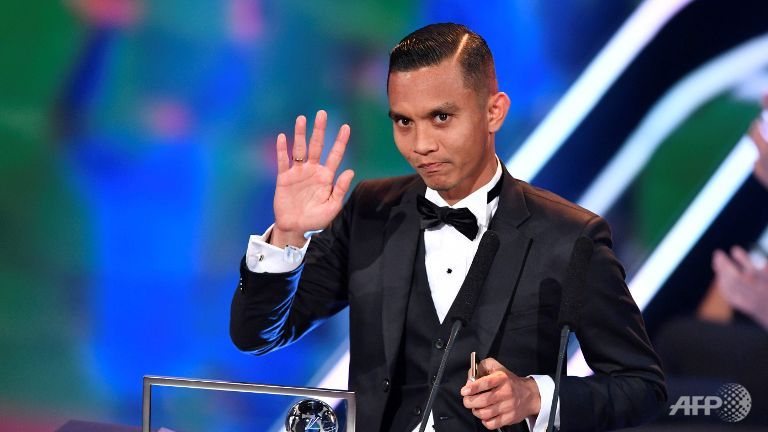 Nobody in the Bandaraya Pulau Pinang Stadium could have imagined the trajectory of the ball as Subri stepped up to take the set-piece some distance away from goal, far over to the left-hand side of the pitch. The diminutive No13, a prolific scorer in the Malaysian Super League, hammered his effort goalwards, producing a swerve so wicked that goalkeeper Mohd Nasril Nourdin stood no chance. (FIFA.com)

After a poll on FIFA’s official website, Mohd Faiz Subri received the most of the votes with Brazilian Marlone in second place and Venezuelan Daniuska Rodriguez in third. Subri has becomee the latest player to collect this award after Cristiano Ronaldo (2009), Hamit Altintop (2010), Neymar (2011), Miroslav Stoch (2012), Zlatan Ibrahimovic (2013), James Rodriguez (2014) and Wendell Lira (2015).

The Puskás Award was established in 2009 by FIFA in order to award the player, who scored the “most beautiful” goal of the year. The award is in honor of Hungary’s Ferenc Puskás, the striker for the Real Madrid team of the late 1950s and the 1960s, and central member of the highly successful Hungarian side of the same era. Puskás scored a once world record of 84 goals in 85 internationals as he is one of the top scorers of the 20th century with 512 goals in 528 matches.