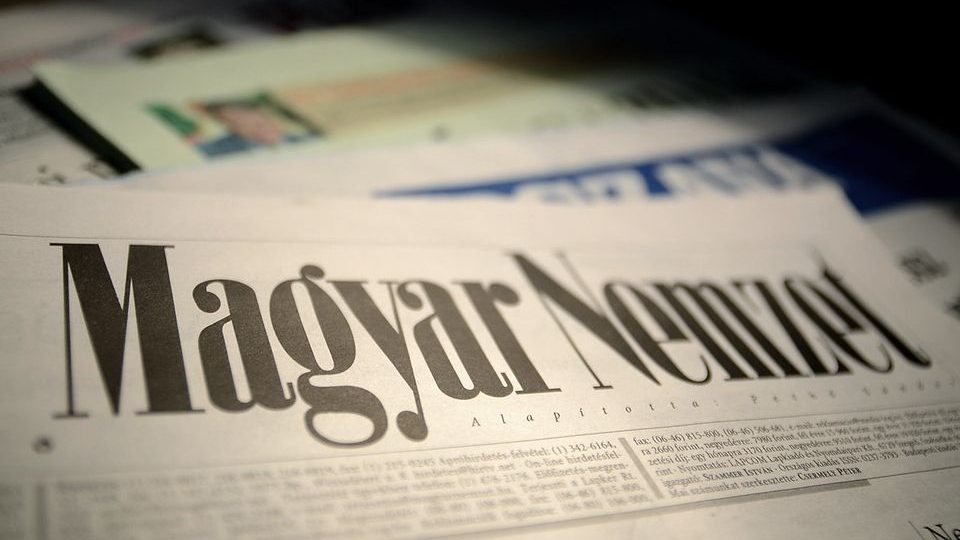 Today, Magyar Nemzet, one of Hungary’s largest opposition newspapers, announced that it would shut down tomorrow due to financial problems. Tomorrow will see the last printed daily, and its online site, mno.hu, will cease publication as well.

In addition to Magyar Nemzet, radio station Lánchíd Rádió will go off the air at midnight tonight.

Both Magyar Nemzet and Lánchíd Rádió are owned by media mogul Lajos Simicska, PM Viktor Orbán’s friend-turned-enemy who has reportedly been one of the key backers of the formerly far-right opposition party Jobbik.

Due to Magyar Nemzet’s financing problems, based on a decision of the owners, the publisher will cease its media activities on April 11th, meaning that the daily Magyar Nemzet and its online version, mno.hu, will cease publication.

The last printed edition of Magar Nemzet, a daily founded 80 years ago, will appear on April 11th, 2018.

And while rumors have begun to swirl that Péter Ungár, the son of pro-Orbán historian and museum director Mária Schmidt and a politician with the opposition green party LMP, has expressed a desire to purchase the paper, Simicska is reportedly not interested in selling, as he is concerned about the possibility of Magyar Nemzet falling into Fidesz hands.

In addition to the shuttering of Lánchid Rádió and Magyar Nemzet, Simicska is reportedly planning on reducing the staff of his television station Hír TV and is looking for a buyer for the conservative weekly magazine Heti Válasz, of which he is also the primary owner.

The New York Times and some other media outlets have drawn comparisons between the closure of Magyar Nemzet and the infamous, reportedly Fidesz-orchestrated closure of left-wing daily Népszabadság in the fall of 2016. In particular, Policy Solutions analyst Tamás Boros speculated that Simicska, whose media empire has been decidedly anti-Orbán, has seen the results of Sunday’s parliamentary elections,

anticipates government revenge, and is shutting down unprofitable media organizations.

Nevertheless, Hungarian press reports and rumors seem to imply that Simicska’s decision to kill the 80-year-old newspaper was a chiefly financial one: reportedly, Magyar Nemzet was operating at a deep financial loss every year.

As the Times notes, however, with the closure of Magyar Nemzet, Hungary is left with few independent press outlets, as the country’s regional newspapers and state media are firmly in Fidesz or pro-Orbán hands.

In addition, numerous journalists and international observers have noted the ways in which the Orbán government exerts direct control over pro-Fidesz and state media group MTVA as press freedom as a whole has reportedly fallen to a “problematic” level in the country.