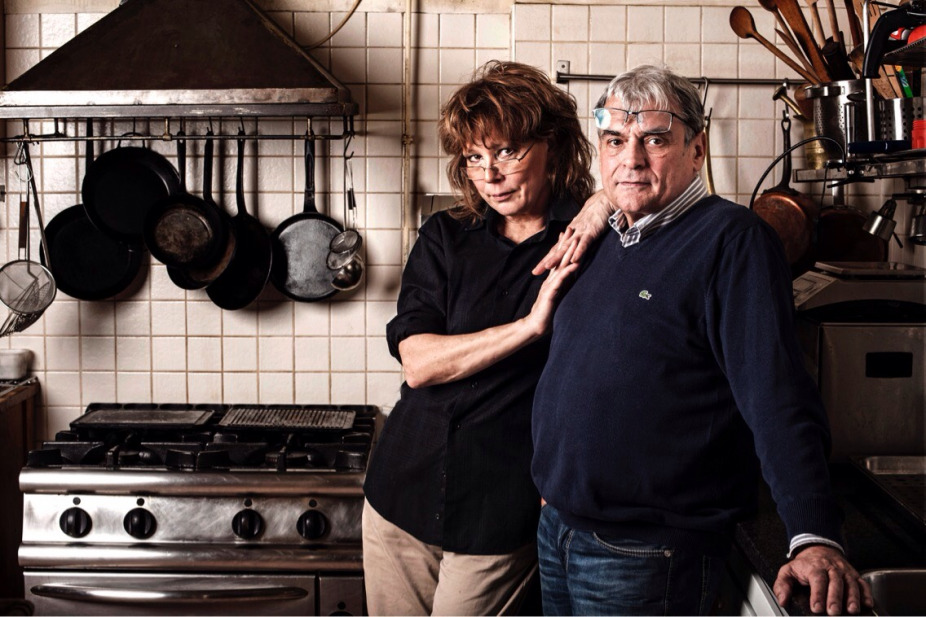 Tamás B. Molnár is the one of the pioneers and masterminds behind the so-called Hungarian gastro revolution. He has a reputation for having a stubborn, difficult personality, but also for being one of the most qualified experts and authorities on gastronomy in Hungary.

Back in 2003, Molnár launched a series of articles in Hungarian newspaper Magyar Nemzet on food and the culinary world with his journalist wife Dora Bittera, which was revolutionary and inventive, while being very interesting at the same time. Not surprisingly, it soon became one of the paper’s most popular columns. In 2008 the couple initiated a blog in the same spirit. Molnár and Bittera are now about to publish a book with these re-edited articles under the title Bűvös szakács – Konyhauniverzum (Magic Cook – Kitchen Universe). In honor of this occasion, Magyar Nemzet published an interview with the couple.

In the first part of the interview, Molnár and Bittera discussed the importance of, and access to, ingredients. They are still critical of certain conditions in Hungary, but also admit that circumstances are improving from year to year. The first international barbecue competition in Hungary was a good exemple, which, with large number of participants and spectators, was a great success. They also highlighted the fact that the first slaughter of Hungarian wagyu beef was recently carried out, and that the results were promising.

Discussing their working methods, the couple said that still experiment a lot at home, where they have a commercial sized kitchen. They read professional literature in 6 languages, travel a lot, and visit different restaurants. As they discuss how to perfectly cook New Year lentils (a traditional Hungarian dish served on New Year’s Day), it becomes obvious that the knowledge they have is hard to compete with.

The couple also discussed technological development in household and commercial kitchens. Inventions, they argued, can make their way from luxurious kitchens to the normal household ones. Nevertheless, they emphaszied that high-tech gadgets won’t replace manpower completely. As Molnár put it, “machines can’t taste food”.

Concerning the status of quality restaurants in Hungary B. Molnár and Bittera looked at the situation from the owners’ or managers’ perspective. Even though lowering the hospitality VAT deduction from 27% to 9 has helped, Hungarian restaurant owners and managers are still often in a difficult situation. While imported ingredients and rent fees cost nearly as much as abroad, Hungarian wages are still considerably lower. Wages are the reason, too, why many highly qualified restaurant workers choose to work abroad. In addition, the couple argued that the quality of vocational training in Hungary is far from adequate.

via Magyar Nemzet and Origo