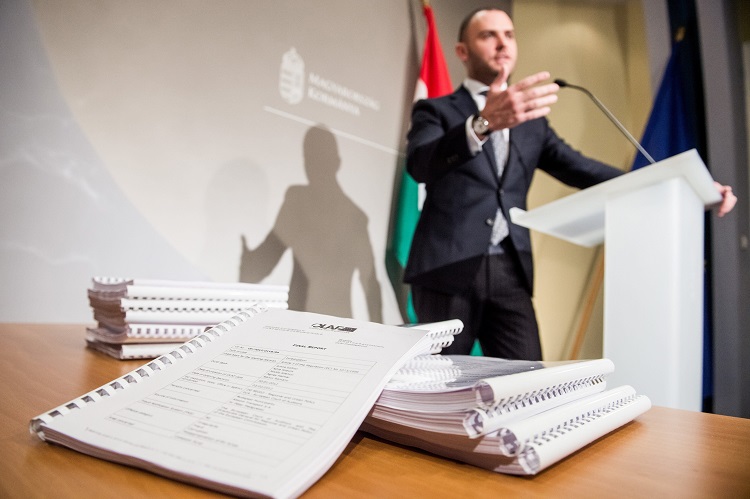 The parliamentary group of ruling Fidesz has proposed investigating alleged corruption connected with the construction of Budapest’s fourth metro line after the Hungarian government published a investigation report made by the European Union anti-fraud office (OLAF).

Erik Bánki, the (Fidesz) head of parliament’s economic committee, said that former Socialist prime ministers Péter Medgyessy, Ferenc Gyurcsány and Gordon Bajnai, as well as former mayor of Budapest Gábor Demszky and other former leaders should give evidence to the committee concerning the project completed in 2014. He called it “impossible” that senior officials at the time of the construction had been unaware of “developments that led to the greatest corruption scandal of all times”. Referring to a recent report by the anti-fraud office of the European Union (OLAF) on the fourth metro project, Bánki insisted that “about one-third of the project budget was stolen”. “We want to know who the perpetrators were … and where the money has gone,” he said.

Last Friday the Hungarian government published the OLAF report on its website. Findings of an investigation by the European Union anti-fraud office (OLAF) “clearly show” that the previous, left-wing governments and Budapest’s earlier management are to blame for the corruption scandal around the construction of the city’s fourth metro line, state secretary Nándor Csepreghy said on Friday (pictured above).  The state secretary called the cases of alleged corruption identified in the report the “largest corruption scandal of the past 13 years” due to which the country will probably have to repay a total 59 billion forints (EUR 191m) to the European Union, which the community had contributed to the project.

The M4 project, completed in 2014, cost a total 452 billion forints, of which 272 billion is suspected to have been used illegally, while another 166 billion forints “were stolen”, he said. Csepreghy insisted that “all but one” of the suspicious contracts involved in the project had been signed before 2010, and concluded that “the most corrupt project of all time” is linked to leftist governments. The government is seeking ways to reclaim the amount to cover the possible European fine from “affected politicians and companies,” Csepreghy said.

The opposition Socialist party (MSZP) welcomed publication of the report and voiced hope that “the document is authentic”. In a statement, the party called for an “unbiased and impartial” investigation. “Those proven guilty should go to jail and repay the money,” the party’s statement said. Radical nationalist Jobbik said that perpetrators of the alleged graft should be identified. Municipal Jobbik representative Marcell Gergely Tokody said it should be ascertained who signed the contracts with the companies in question, and called it “outrageous” that nobody has been indicted yet.