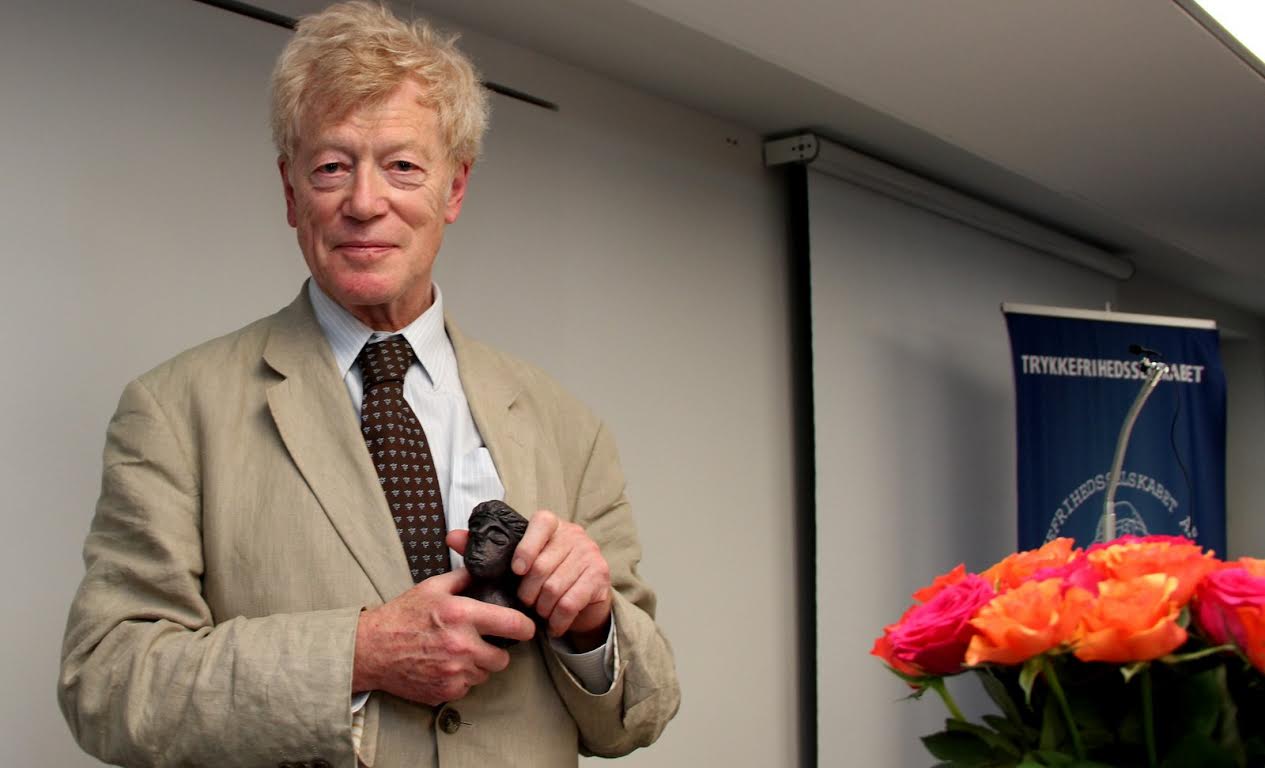 Sir Roger Scruton, a conservative British writer and one of the most important philosophers of the last decades, died on Sunday January 12th, after a six-month battle with cancer at the age of 75. Professor Scruton was recently awarded the Order of Merit of the Republic of Hungary, Middle Cross by Viktor Orbán.

Roger Scruton is the author of more than fifty books and publications and an influential advocate of conservatism.

He published widely on politics, aesthetics, and conservatism. He is the founder of the conservative Salisbury Review, and was active in dissident movements in Hungary, the Czech Republic, Slovakia, and Poland during the 1980s. Sir Roger was a fellow of the British Academy and the Royal Society of Literature, Research Professor of Buckingham University, and Visiting Professor of Oxford University. His articles have been published in international outlets such as The Wall Street Journal and The Times.

He was knighted for his contributions to philosophy, teaching, and public education in 2016.

Scruton was a good friend of Hungarian PM Viktor Orbán and he repeatedly defended the Hungarian prime minister when he was accused of anti-Semitism or Islamophobia.

In his interview with Hungary Today, the professor called Viktor Orbán an intelligent and striking character, whom he had known for decades since he was 19 or 20, when he first started setting up Fidesz as an opposition faction.

The conservative philosopher added that it is also undeniable that “He doesn’t have the American approach to the division of powers.”

„On the other hand, he’s not the kind of demagogic tyrant that the liberal establishment in Europe want to make him out to be. (…) He is a democrat, but not a liberal-democrat.”

Sir Roger frequently visited Hungary as well. He was awarded the Order of Merit of the Republic of Hungary, Middle Cross by Hungarian head of state, János Áder. It was presented by Prime Minister Viktor Orbán at the Hungarian Embassy in London in early December last year.

Sir Roger Scruton on Trump: “He doesn’t have any thoughts that are longer than 140 characters” – Exclusive Interview

At the ceremony Orbán said: “We have learnt from our beloved professor that Conservatism is anything but an ideology; in fact, it is the antidote to ideology.”

In his speech, Orbán called Scruton a “loyal friend of freedom-loving Hungarians,” saying the philosopher had recognized that freedom was based on nation states and Christian civilization.

“He is a friend of Hungarians because he has sided with us, for good or ill. That is loyalty and friendship,” Orbán stated.

In his reply, Scruton hailed Hungary for preserving its valuable identity, even in times when everywhere else there is pressure to accept global uniformity.

Considered one of the greatest conservative philosophers of our time, the news of Professor Scruton’s passing was announced on his website on Sunday evening.

His family said in a statement: “It is with great sadness that we announce the death of Sir Roger Scruton, FBA, FRSL. Beloved husband of Sophie, adored father to Sam and Lucy, and treasured brother of Elizabeth and Andrea, he died peacefully on Sunday January 12th.

“He was born on February 27, 1944 and had been fighting cancer for the last six months. His family is hugely proud of him and of all his achievements.”