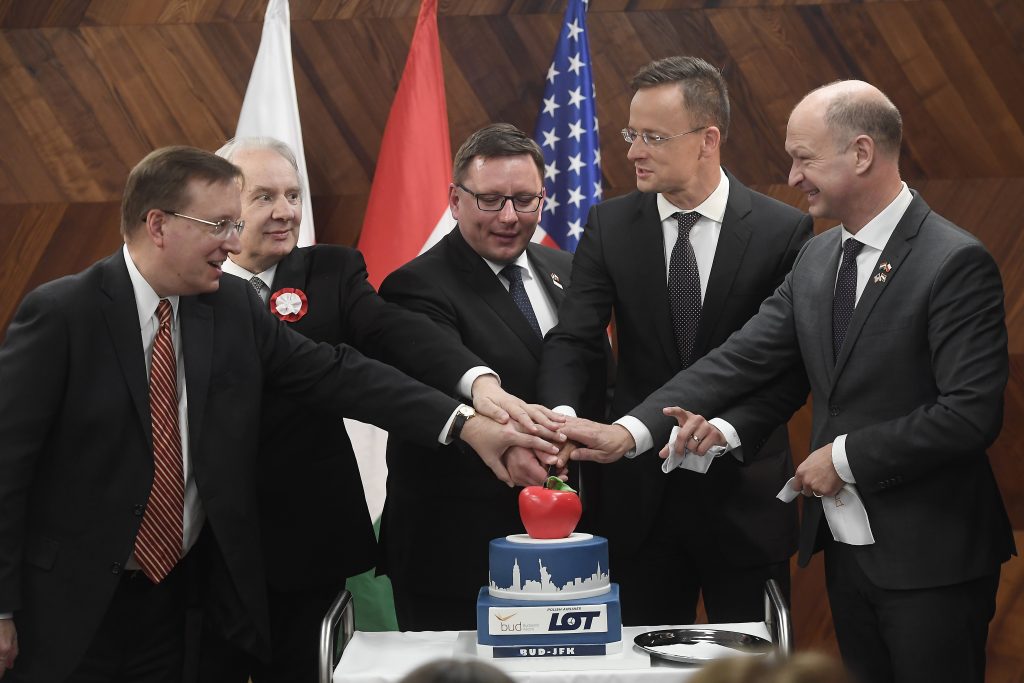 “not only strategic but friendly.”

Poland stands by Hungary when it is attacked, and vice versa, the minister said. The US is Hungary’s most important export market outside the EU, Szijjártó said. US companies employ over 100,000 Hungarians in this country, he noted, saying that the flight is a substantial contribution to the expansion of Hungarian economy.

Budapest Airport CEO Jost Lammers said that the number of travelers between the US and Hungary reached half a million last year. Direct flights are in high demand, he said. The last direct flight from Hungary to the US flew in the 2011 summer season, operated jointly by American Airlines and Hungarian Malév. The flight was discontinued at the latter’s insolvency in 2012.

LOT CEO Rafal Milczarski said the flight will be the company’s first transatlantic one launched from outside Poland.

In other news, on Wednesday, LOT launched its direct flight between Budapest and Krakow.