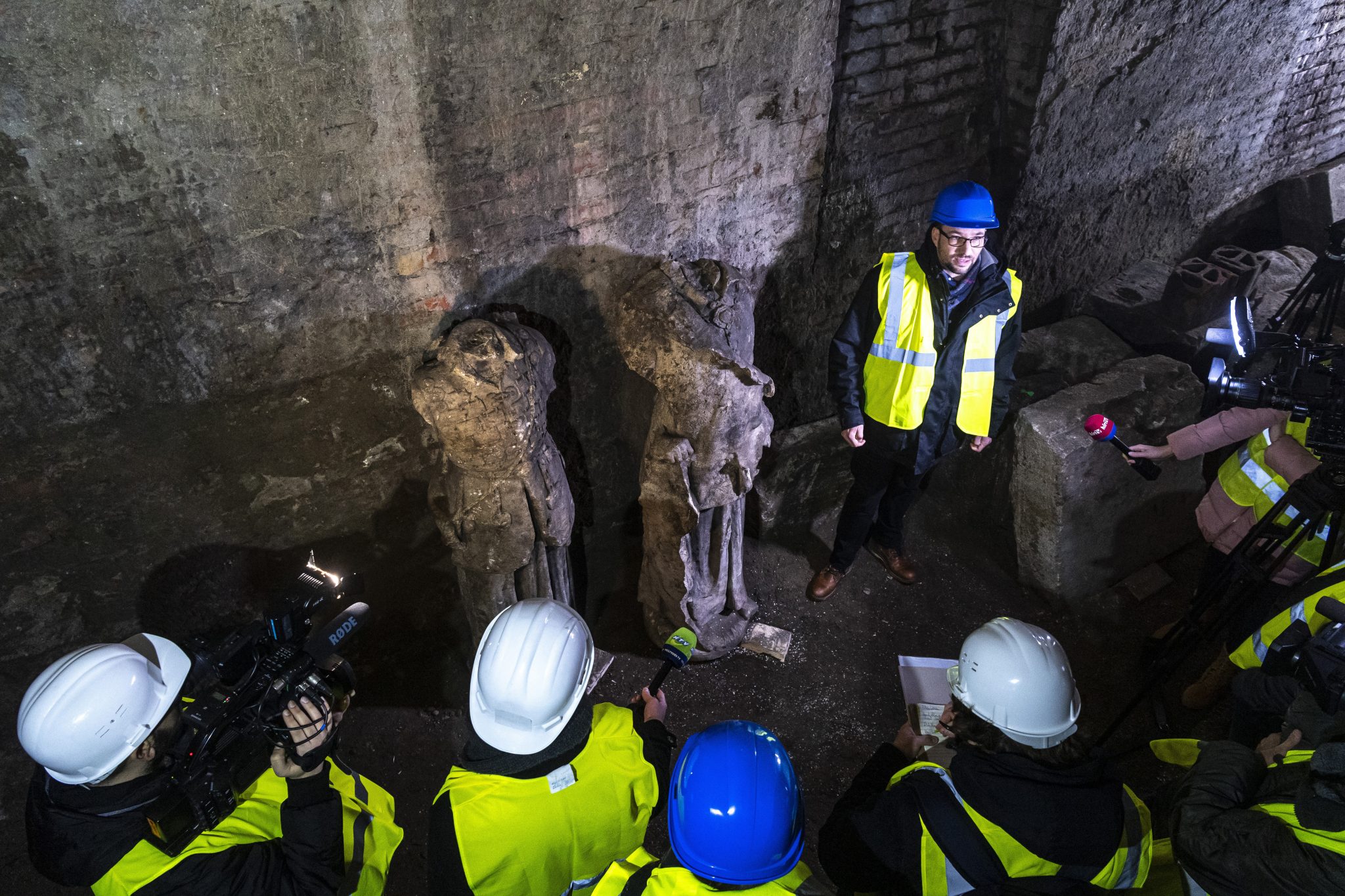 Two statues from the Fisherman’s Bastion (Halászbástya), which were damaged and believed to be lost during World War II, as well as several other remains of buildings at  Buda Castle, have been found during an excavation of the basement of the former building of the Ministry of Foreign Affairs at Dísz Square, under the National Hauszmann Plan.

Investors at the newly founded Várkapitányság (Castle Council) have recently begun the process of repairing long-vacant sites in the Castle District. The National Hauszmann Plan scheme aims to reconstruct buildings demolished after the Second World War to provide space for restaurants, offices, and event venues. The building of the erstwhile Foreign Ministry on central Dísz Square was “in particularly dire need of rehabilitation,”  long considered a wound of the cityscape. The place where the former building of the Red Cross and the Foreign Ministry were headquartered, was demolished back in 1947.

Gábor Kőrösi, director of communications, recalled that during the works of the National Hauszmann Plan and renewal of the Castle District, several other remnants have appeared, such as the Erdélyi bastion in Táncsics Mihály Street, and later at the reconstruction of St. Stephen’s Hall of the Palace, pieces from the Anjou period and building elements from Alajos Hauszmann were also found.

The building, situated on Dísz tér, designed by Alajos Hauszmann’s office and damaged and destroyed in World War II, will be restored on the outside to its original state, but the spaces behind the facade will be built in 21st century style.

Zoltán Fullár, head of archaeology, added that the statues depicting leaders Álmos and Előd, the works of Ferenc Mikula, decorated the northern part of the Fisherman’s Bastion until 1945. However, the two statues were lost around the Second World War and replicas have been standing in their place. It is not known exactly when and why the sculptures were placed in the cellar system of Dísz Square 2, but their presence proves that not only the remnants of the former Foreign Office were placed there. 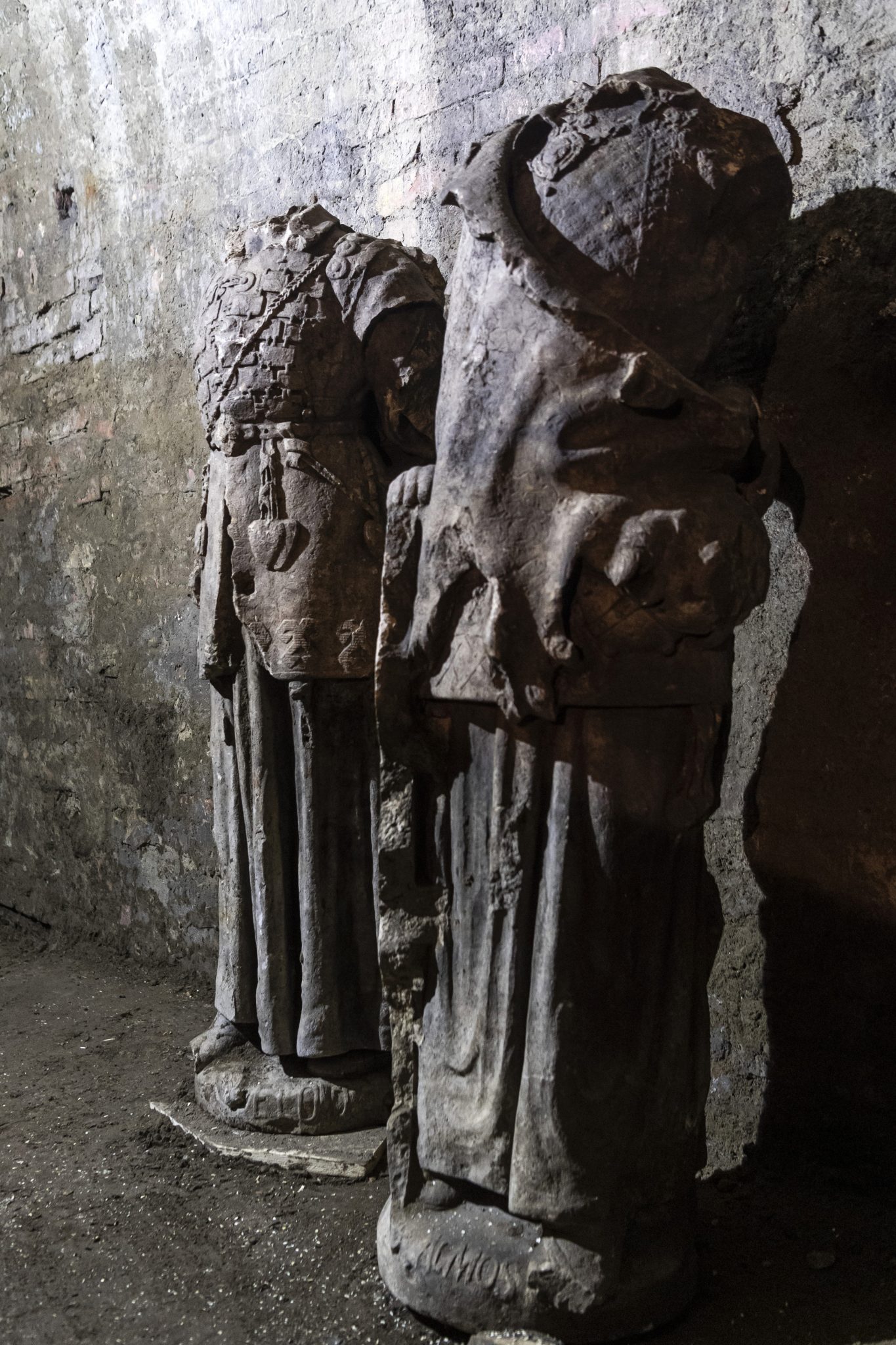 András Végh, director of the Castle Museum (part of the Budapest History Museum), also reported another significant finding: a red limestone hand-washing basin was also found in the cellar system below Dísz Sqaure 2. The pool is decorated with a lion and a dragon. According to the style of the richly decorated lavabo, it may be of medieval origin – perhaps from Verona. There are no traces of modern tools on it, but the exact determination of age and origin has yet to be clarified.

According to Gábor Kőrösi, only a part of the cellar system has been discovered until now, so further findings can be expected during future works of the Hauszmann Plan.

As a staff member of the Várkapitányság added, the reconstruction of the Main Guard has already been completed within the framework of the National Hauszmann Plan; the building opens in the spring with a new restaurant and exhibition spaces. Beneath it, the Royal Horse-Riding School was rebuilt as well, and will be opened as a multi-functional venue from the Summer of 2021 on, following the reconstruction of the Csikós Courtyard.

The reconstruction of the southern connecting wing of the Buda Castle Palace and St. Stephen’s Hall is underway, but the program is not only about the restoration of buildings: St. George’s Square became a green zone in the city, while the Buzogány Tower and the parapets have also been reconstructed. 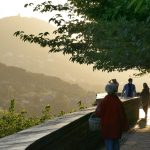 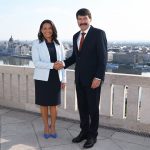