The European People’s Party is likely to postpone its decision on Fidesz’s membership. However, given the events of recent weeks, Orbán’s party will probably leave, nonetheless. Many believe that with the departure of the Hungarian ruling party, several other political groups will join them, costing many seats for the EPP. If this happens, Fidesz has two options: join an existing European party family or launch an entirely new initiative.

The European People’s Party is likely to once again postpone its decision on Fidesz’s membership, Bloomberg writes. The party family is extremely divided, highlighted by the fact that the committee of “three wise men” was unable to reach a consensus on Fidesz. The matter won’t be discussed at the upcoming Political Assembly in early February, according to the paper.

The committee was created to monitor whether Fidesz is still compatible with the values of the biggest European party.

Based on information obtained by German daily Frankfurter Allgemeine Zeitung, the “wise men” ultimately want Fidesz to remain in the People’s Party. But they also expect a clear sign of repentance from Orbán and his party.

This means Fidesz could stay in the EPP, but unless they return to the expected line, they will remain suspended. The final decision is due early February at the next EPP Congress, the article writes.

The division inside the party family has recently been highlighted numerous other times.

The European Parliament approved the resolution on the Article 7 procedure against Poland and Hungary by a two-thirds majority last week.

The decision was also approved by around a two-thirds-majority of the EPP as well: 89 MEPs voted in favor, 35 against – besides the Hungarians- mainly Spanish, French, and Italian lawmakers. 21 abstained, including 9 CDU-CSU representatives of their 29 MEPs.

According to observers, the distribution of votes might indicate the extent of support Orbán’s party would get if the European party decides on their fate.

However, a source close to the European Party told leftist daily Népszava that this result doesn’t show a clear conclusion as it assesses Poland on the same level as Hungary, and it is more about giving a judgment on the Article 7 procedure rather than the democratic performance of the two countries.

One thing is certain – Viktor Orbán was clearly not happy how the voting turned out in the EPP. Prior to the decision, at his international press conference earlier this month, the Hungarian prime minister had already stated that “The EPP is shrinking and losing influence, positions, and seats because it is heading in the wrong direction – a liberal, Socialist, centrist direction.”

Orbán: EPP ‘Not Interesting for Fidesz in Its Current Form’, Changes Needed

It would be necessary to create a counterweight to the rise of French President Macron’s new political movement, Orbán said.

If the EPP is unable to change its direction then “a new Christian democratic initiative” would be needed in European politics, the Hungarian PM noted.

In a radio interview after the resolution of the EP, he went so far as to say Fidesz was “an inch away” from leaving the European People’s Party, as the majority of the party family “betrayed us.”

The Hungarian premier said the only reason why they didn’t leave right away was because of the French, Spanish, and Italian MEPs in the EPP, who “were clearly on our side,” and in the debate argued that the EPP should stand up for Hungary.

On the other hand, Orbán has repeatedly said since his party was suspended that he envisions the future as a member of the EPP, but also repeatedly added that he’d preemptively quit the group before being ousted.

According to the rumors circulating, Italy’s former prime minister, Silvio Berlusconi’s party, Forza Italia, may also leave the EPP if Fidesz is excluded. Some say that even other parties can say farewell to the EPP as they are also not satisfied with the party family’s political direction and a new European platform could tempt them to leave and start a new chapter.

At this moment, there are two paths ahead of the Hungarian Prime Minister: standing behind the mainstream direction of the EPP and remain silent, or leaving – looking for new allies and a possible new party family for Fidesz.

Many consider the latter option more likely. A few weeks ago, Orbán had a discussion with Jaroslaw Kaczynski, the leader of Poland’s ruling Law & Justice party, to talk about “current European affairs and possible cooperation.” He is also scheduled to speak in Rome at the “National Conservatism Conference” with the likes of Italian Northern League leader Matteo Salvini. The League is currently the leading force within the European Parliament’s far-right Identity & Democracy group. This might indicate that Orbán wants to join either one of the aforementioned parties.

One ECR official even said to Politico that Orbán might not only want to join the party family but “create something bigger,” such as a political group that would unite PiS, Fidesz and Italy’s League.

Péter Szijjártó, Minister of Foreign Affairs and Trade, gave an interview to the host of the US TV show Fox News, Tucker Carlson. Carlson has recently made a documentary about Hungary and also met and interviewed Prime Minister Viktor Orbán last year. Carlson started by describing Hungary as a “small country in Central Europe that […]
Júlia Tar 2022.01.20. 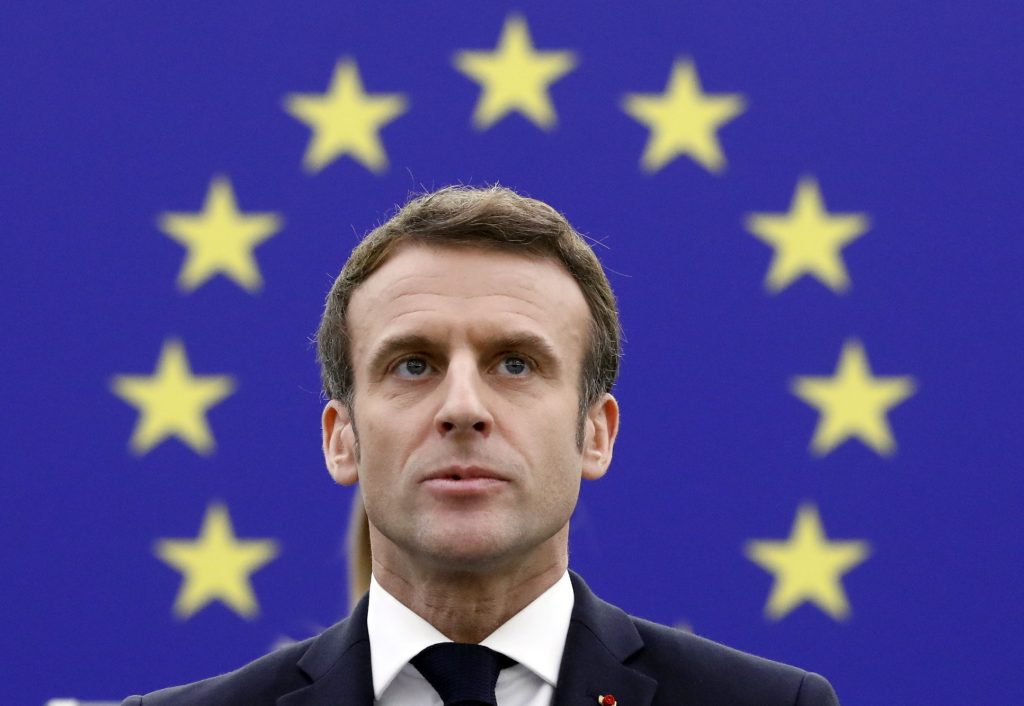 France took over the rotating Presidency of the Council of the European Union on January 1, so the French President presented his EU objectives for the next six months in his launch speech in Strasbourg. Emmanuel Macron, among other things, talked about the importance of the rule of law and mentioned Hungary as well. Although […]
Júlia Tar 2022.01.20.