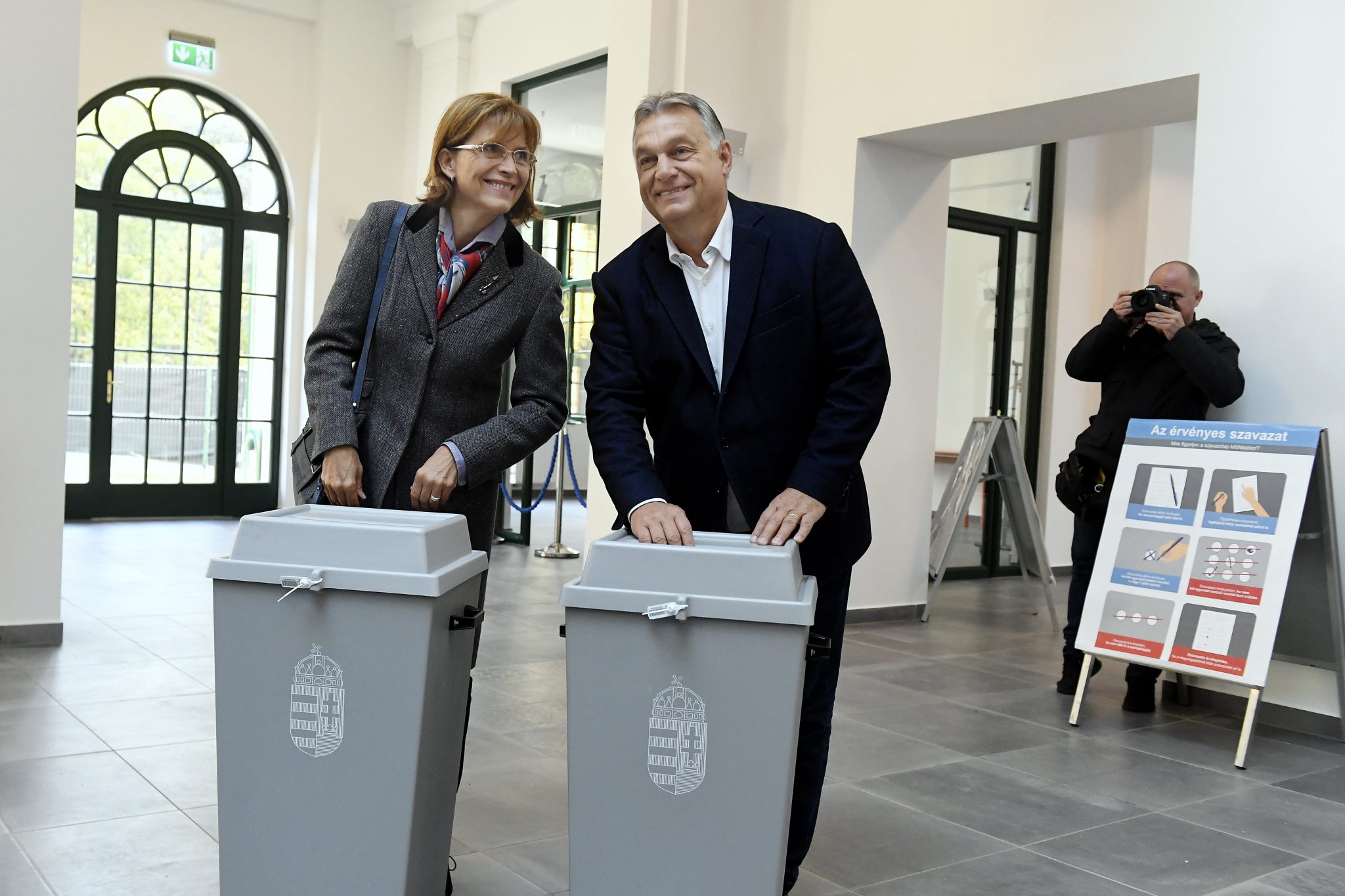 Voters will decide in Sunday’s local elections if their towns and cities have able leaders, the prime minister said on Sunday, after he cast his ballot in Budapest’s 12th district.

Speaking to reporters, Viktor Orbán said he had voted for István Tarlós, incumbent Budapest mayor, and asked the city’s residents to follow suit.

Orbán said the election campaign went “sharply separated” from national politics, with the strongest focus on local candidates in comparison with previous local election campaigns over the past 30 years.

Orbán said that democracy has several legs, one of which is self-government. Besides having a central government,  it is just as important that voters give people trusted by the public a mandate to manage affairs close to them, he added.

Asked about Zsolt Borkai, incumbent mayor of Győr, who has recently appeared in video footage in connection with acts of sexual impropriety, Orbán said he supported “the people of Győr” who “are giving their opinion today”.