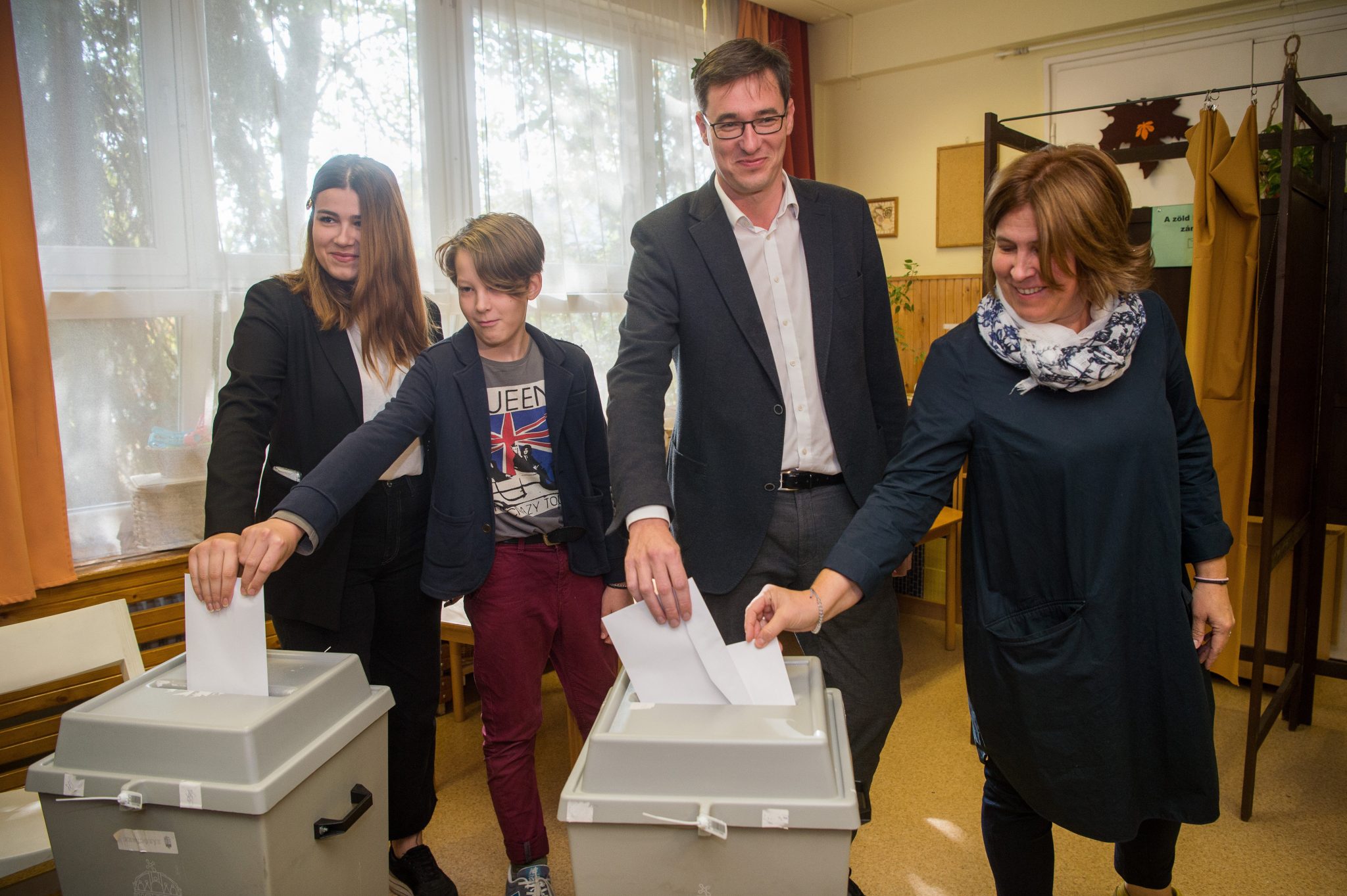 Sunday’s local elections offer an opportunity to Budapest residents “to recapture their city”, Gergely Karácsony, the opposition’s candidate for Budapest mayor, said after he cast his ballot in the city’s fourteenth district.

Residents in the past nine years have “gradually lost their grip” on the city because the municipal leadership failed to resist “the government’s policies curbing local governmental powers”, Karácsony said. He insisted that the government had “snatched” funds, schools, and hospitals, as well as “the city’s power to make decisions about its own fate”.

If the opposition wins the election in Budapest, “we will return the city to its real owners, local citizens”, Karácsony said, and voiced high hopes for an opposition victory.