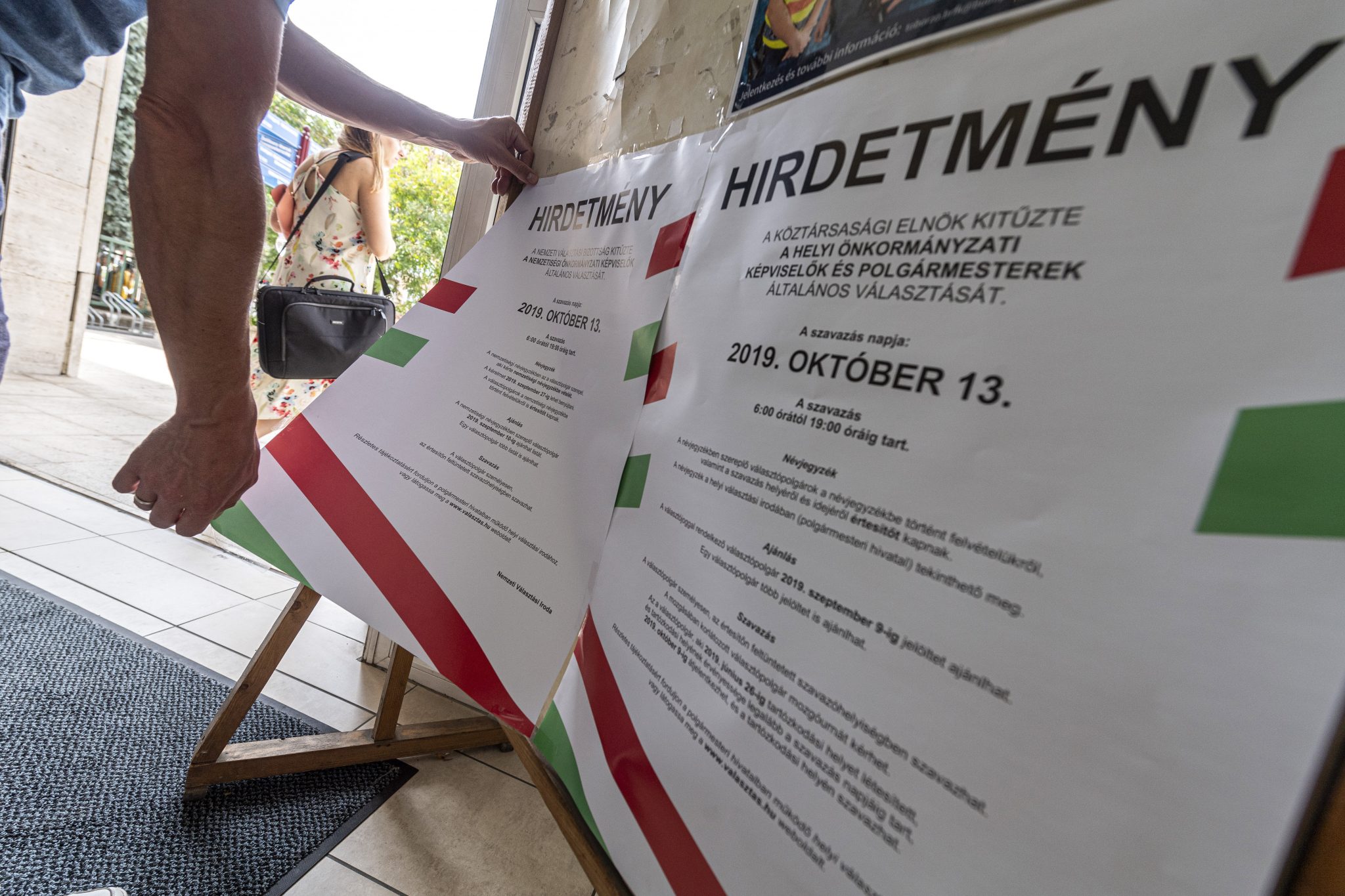 President János Áder has set October 13 as the date of the local elections. On this day Hungary’s national and ethnic minorities will also elect local representatives.

During the campaign period, political parties do not need to seek permission to put out advertisements. They are free to put out as many billboards as they want, but need permission to display them on private property.

Socialists Say They Are Ready for Local Election Campaign

Voters can recommend more than one candidate but may only sign the recommendation sheet of a given candidate once. The number of signatures a given mayoral or councillor candidate must gather in order to run was set by notaries earlier this month based on the number of names in the local voter registry.

Candidates have until 4pm on September 9 to collect the required number of signatures. Parties or other organisations fielding county election lists can collect signatures until September 10.