The opposition LMP has proposed referendums to ban the use of nuclear energy in Hungary and to switch over to renewable energies, the head of the party’s national board told a press conference on Tuesday.

Noting that the Paks nuclear plant’s operation licence would expire in 2037, Máté Kanász-Nagy said that the plant’s current upgrade should be stopped and the facility shut down in that year.

Kanász-Nagy insisted that the upgrade project was “the worst business deal of the century”. He argued that it was not economically feasible, and households would pay for the cost and it would increase Hungary’s dependence on Russia. He added that the plant’s operations are not safe.

In the featured photo: the Paks nuclear plant. Photo by Tamás Sóki/MTI 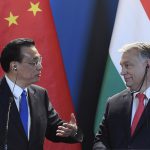