The opposition LMP on Tuesday called the government’s package of laws in response to the coronavirus epidemic “slim” and said it failed to provide solutions for those losing their jobs, for pensioners or for the poor.

Party co-leader Erzsébet Schmuck told an online press conference that in the present critical situation, the government had “left pensioners behind” and was “a month late” with a job compensation scheme. This delay might have cost numerous jobs, she said. In view of the projected length of the crisis, LMP is calling on the government to take over paying 70 percent of the wages for at least six months, and extend the employment benefit to cover nine months, she said.

The government should support small farmers rather than “feudal estates” to ensure uninterrupted food supplies in Hungary, she said.

Schmuck also called for a “solidarity tax” to be levied against those who “turned large profits on state projects”. Such a tax could mean “several billion forints in revenue” in certain cases, she said. 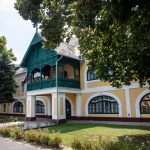 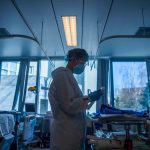