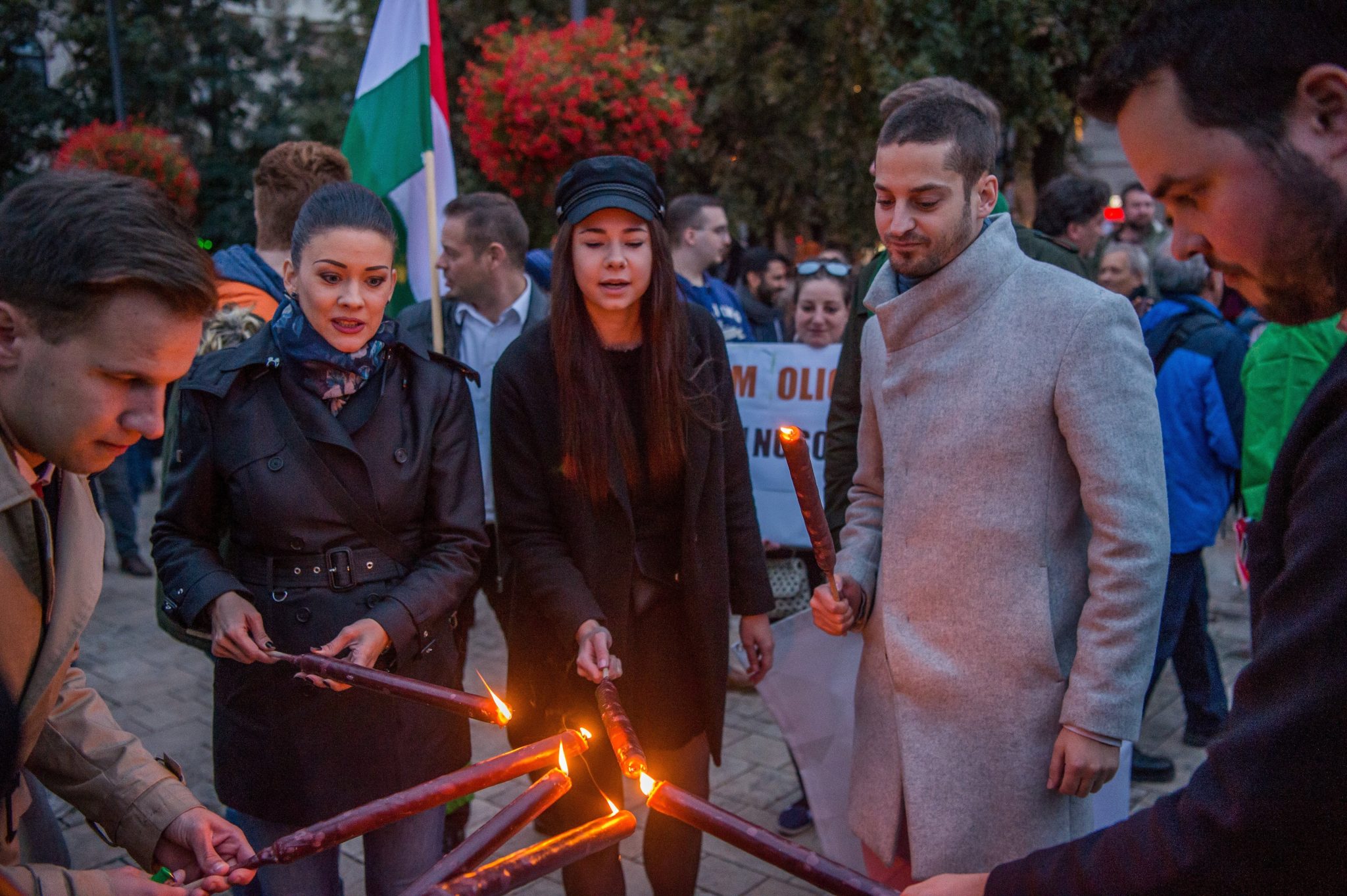 Protesters gathered at St. Gellért Square from where they proceeded to the Fovam Square building of Budapest’s Corvinus University.

There publicist Róbert Puzsér, an independent candidate for Budapest mayor, said the only solution to the current education crisis in Hungary was “if the centre which wants no part of neoliberalism, neo-feudalism, politics of grievance or civil war finally organises itself”.

Head of the youth organisation LMJ Dániel Pitz told the demonstrators that universities and colleges had always played a key role in shaping Hungary’s history, because they always stood up for their views and what they believed to be true.