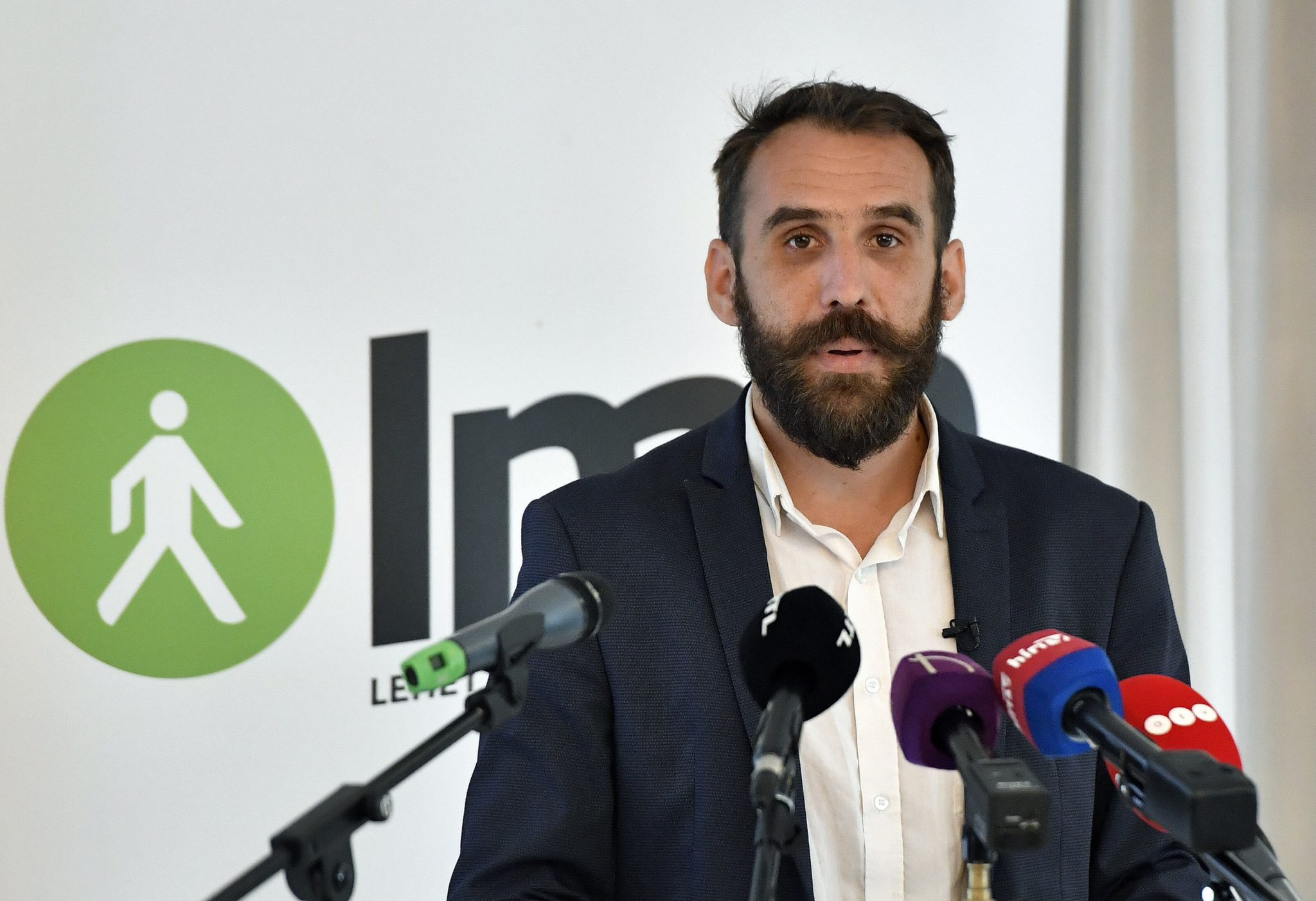 Gábor Vágó, who heads the European Parliament election list of opposition LMP, called for action against big corporate “climate criminals” at a party congress on Saturday.

A battle must be waged against the hundred global companies that are responsible for two-thirds of global emissions of greenhouse gases, Vágó told the congress. European leaders and the Hungarian government have failed to serve the people and instead protected the interests of multinationals, he added.

Vágó said 20,000 lobbyists were at work in Brussels to promote the interests of multinationals and he promised that LMP would fight for the interests of 500 million Europeans, including 10 million Hungarian citizens.

Europe could switch over to renewable energy and develop community transport but this requires fighting companies in the energy and automotive industries that are only interested in their bottom lines, he said.

He described the upcoming EP elections as a “climate election” and called for immediate action against climate change. The current generation is the last one that can make a difference because climate change is still reversible but only if action is not delayed, he added.

Márta Demeter, who is second on LMP’s EP list, said that another issue at stake was stopping mass emigration from Hungary. The Hungarian prime minister has given up on the 600,000 Hungarians who have moved abroad because cheap labour in Hungary represents a competitive advantage in line with his “neo-liberal economic policies”, she added.

LMP will work on building a Europe for the people which offers security and stability to Hungarians, too, she said. She argued for strengthening Europe’s external borders, adding that mass migration was the result of climate change and exploitation by big companies.

LMP congress calls for state of emergency due to climate change

The opposition LMP party is calling on the government to announce a state of emergency due to climate change in a political declaration approved at a party congress at the weekend.

The declaration, a copy of which was sent to MTI on Sunday, shows that climate change could have dramatic effects within a human’s lifespan. Greenhouse gas emissions resulting from human activity play a crucial role in the acceleration of current processes, it added. Recent decades showed that global warming is a complex process that can only be addressed by cooperation between all countries of the world, by putting everybody on a path of sustainable growth, the statement said.

The party added that the Hungarian government, similarly to the German, Czech and Polish governments, were not dedicated to the fight against climate change and this “demonstrates serious irresponsibility”.

At a campaign event in Pecs in southern Hungary, the party’s co-leader Lóránt László Keresztes said LMP would not allow a nuclear waste disposal facility to be set up near the city. Such a facility would make it impossible for Pécs to win the green capital of Europe title and the launch of regional developments that are based on sustainability, he added.

In the featured photo: Gábor Vágó. Photo by Zoltán Máthé/MTI