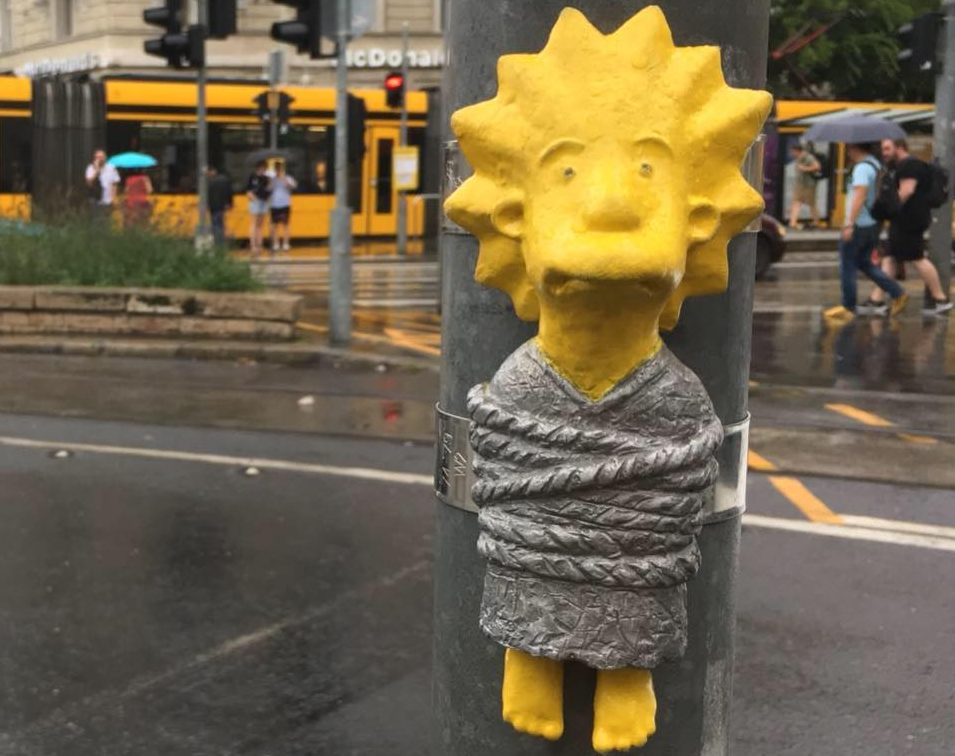 Yesterday, another hidden, miniature sculpture appeared in the streets of Budapest. Guerilla-sculptor Mihály Kolodko’s new tiny artwork is Lisa Simpson, a character from the American animated television series The Simpsons, which can be found near Jászai Mari tér.

Mihály Kolodko placed his first miniature bronze statue depicting Főkukac (Boss Worm) from the iconic 1980s Hungarian cartoon, A nagy ho-ho-ho-horgász (The Great Angler), in the Hungarian capital in 2016. Since then, both adults and children have searched high and low for the miniature figures scattered all across Budapest.

A couple of months ago, Hungary Today spoke to the sculptor about his guerilla art, the statuette hunt and the inspiration behind the miniature figures:

The miniature figures scattered across Budapest are so popular that many are stolen right after being placed on the streets, like the figure of Mekk mester (Master Mekk), the main character of a popular Hungarian puppet-show from the 1970s. Just after a month of being in Széll Kálmán square, someone took the small bronze figure home. The artist has since taken precautions to ensure his statues are no longer removed. Some of the artist’s creations are of other cartoon figures such as Kermit the Frog and the Kockásfülű nyúl (The rabbit with checkered ears). 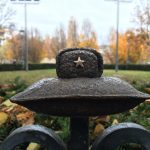 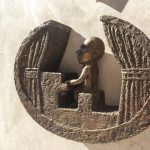