In honor of the 135th anniversary of his birth and the 50th anniversary of his death, 2017 was proclaimed as Hungary’s Kodály Memorial Year. Last year, Hungary Today had the opportunity to speak with Kodály’s second wife Sarolta Péczely, the widow of “the nation’s musical composer,” about musical education and the addition of the Kodály method to UNESCO’s list of Intangible Cultural Heritage.

This interview has been edited for concision and clarity and translated from the original Hungarian. 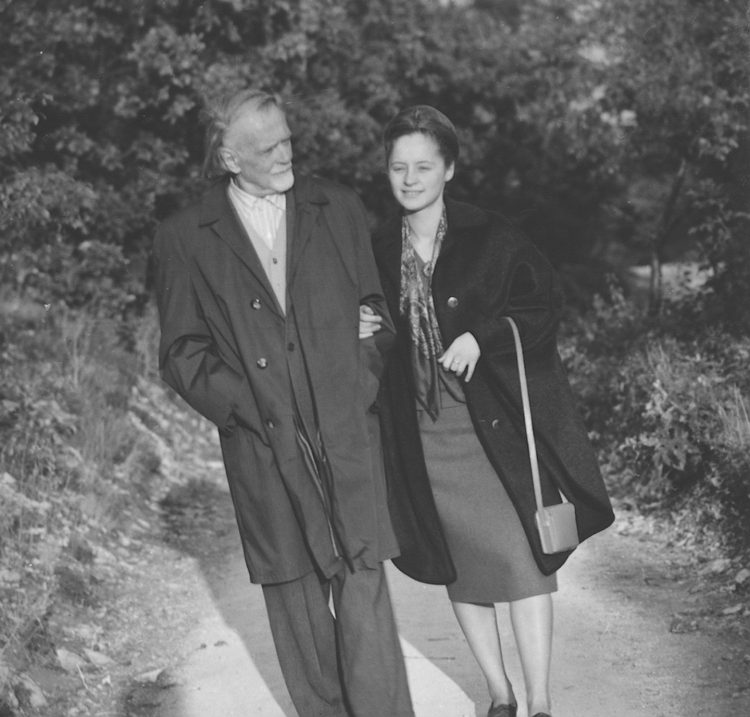 How much and in what ways has music contributed to your life?

I’ve been involved with music since my childhood; I was raised on folk song adaptations, namely ‘The Spinning Room’. When I was five years old I won a folk song competition which was held for adults, where Zoltán Kodály was president of the jury. From then on, I learned to play the violin and piano, and after graduating from the Pécs Conservatory I was granted admission to the Music Academy, where I studied conducting and vocal pedagogy. After one and a half years I got married. From then on, a much more exciting and difficult period of study awaited me. After my husband’s death, I returned and finished my second year, but I discovered that practical music-making is what interests me most. I studied piano with Mr. Kadosa and singing with Elizabeth Hoórtempis; I then went on to finish university in Germany, majoring in singing. I gave roughly six hundred concerts here at home and across the world.

You have held master classes all the way from Japan to the United States to Europe. What does such an event entail?

The course usually saw current university student singers applying; they were able to bring pieces that were in accordance with the syllabus, and we worked on them. In Hungary, at the Academy of Drama and Film, we worked in the framework of a subject consisting of Hungarian- mostly Kodály- songs, while at the Music Academy I taught German-French song literature.

How strongly do you feel it a personal duty- one might even say mission- to nurture your late husband, Zoltán Kodály ’s, oeuvre and to keep it in the public consciousness?

I could not have received a more beautiful task in life than for this to be my purpose. 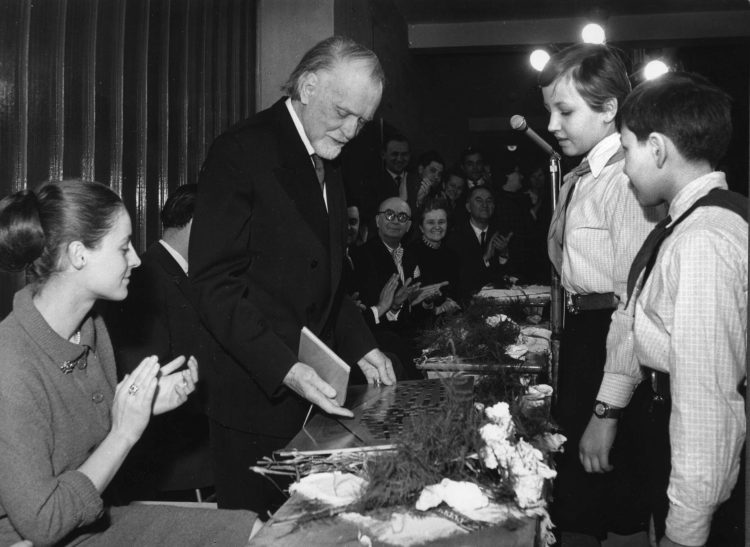 In your earlier statement you criticized the number of music classes offered at elementary schools in Hungary. Do you see a potential for change in this field?

Zoltán Kodály spoke of a hundred-year plan. He wanted high-level musical education to one day be available in schools for all children; students would develop in professional hands in such a way that would preserve their appreciation for the beauty of music. He saw this in every-day singing and learning. Music affects people in several ways, and this was demonstrated back in Kodály ‘s life. It was demonstrated through various international tests that students in schools with daily singing lessons perform significantly better in other subjects as well. Zoltán Kodály did everything he could to allow everyone to be included in this without discrimination. By the sixties, the number of music-and-singing schools had risen to 120. Despite this world-famous method, it has survived in only a few institutions.

The Japanese were the first to apply this concept, and they have skillfully used it in their country. Hani Kyoko, who died recently, was an excellent teacher who introduced the Kodály method in Tokyo. Highly-educated, he graduated as a conductor in Vienna, and believed that the introduction of the Kodály method should start at the lowest level, that is, in kindergarten. He collected Japanese and Hungarian folk songs that resembled their own musical language, then subsequently translated and published the writings and practices of Kodály. As a result, Japan has many excellent choirs that sing the most difficult works by Kodály, often in the original Hungarian.

In Hungary, doesn’t it seem that, when speaking about Zoltán Kodály’s legacy, we are very proud, but this is not reflected in practice?

I think that his life achievements still endure. To date, there are excellent schools where the daily singing lessons are held – if the rules allow them – and choirs that win tournaments abroad, and there are excellent teachers. Through all of this, we want more students to graduate from higher education musical institutions.

Can you think of any country in which due attention is paid to singing and music education?

If a teacher is dedicated, then he or she will continue to pursue a change until their schools implement it. It depends on the person. It cannot be decided centrally.

I think the two go hand-in-hand to some degree …

Not necessarily, in many countries schools are not centrally-managed.

I mean, for example in Hungary, music education is hardly a bearable task for prospective teachers, because they then cannot sustain themselves afterwards, regardless of how much the occupation of singing and music means to them, since even extracurricular interest is low. This presents them with such a dilemma, that they are forced to not choose this path.

Yes, there’s that as well. 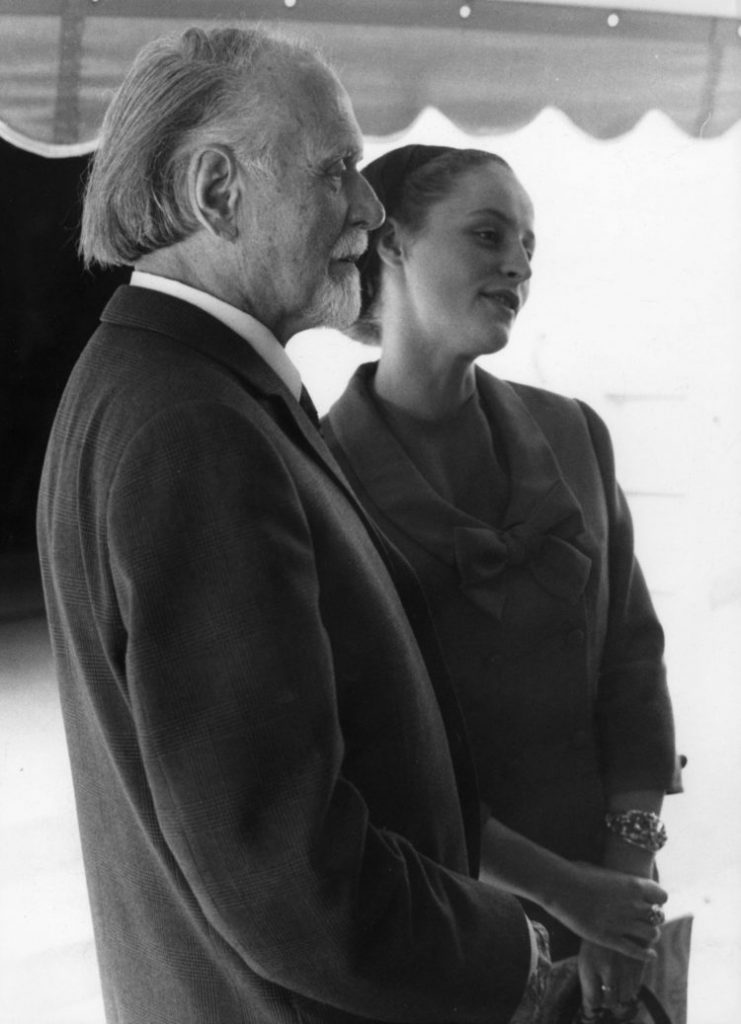 According to a well-known anecdote from the Communist era, Party General Secretary [and Hungary’s dictator from 1948 to 1953] Mátyás Rákosi trusted Gyula Illyés and Zoltán Kodály with the creation of a new “socialist” anthem; however, Kodály dismissed all this during a personal encounter with Rákosi by saying “Why? The old one is good!” Is this true?

Although I was not there, this is how the story is told.

In a system as repressive and dictatorial as the one you lived in, how depressing was it for Kodály to create art?

Kodály decided not to leave the country, but to do what he could, even if it meant his life would be more difficult. Of course, I also experienced a couple of things along with him, and we can say that they reflect the conditions mentioned. We would have traveled to England together for the first time, where he was celebrated for six weeks with an honorary Oxford doctorate, and where conducting in the Royal Festival Hall awaited him, but I did not get a passport – however, we did not make a fuss out of this.  We acknowledged it, and we were very disappointed, because this is where he conducted his last, wonderful concert. The Queen’s musician greeted him with a laurel, and Dietrich Fischer Diskau was the soloist.

What kind of connection did Kodály nurture with Béla Bartók, who had previously emigrated to America?

For a long time, they could not speak, because at the time that Bartók emigrated to America, they could not correspond even by letter. Later, he was able to send messages through Bartok’s younger son, who had traveled after his father. However, Bartok’s letters that were addressed to Kodály only arrived in the ’50s. Those were times of war.

A number of Hungarian and foreign artists will perform at the 10-day Kodály Arts Festival, which starts on Monday, the organizers told MTI. On the occasion of the 140th anniversary of Zoltán Kodály’s birth, the Kecskemét Kodály Arts Festival will offer a rich variety of musical genres at the city’s emblematic cultural venues and public […]
MTI-Hungary Today 2022.07.18. 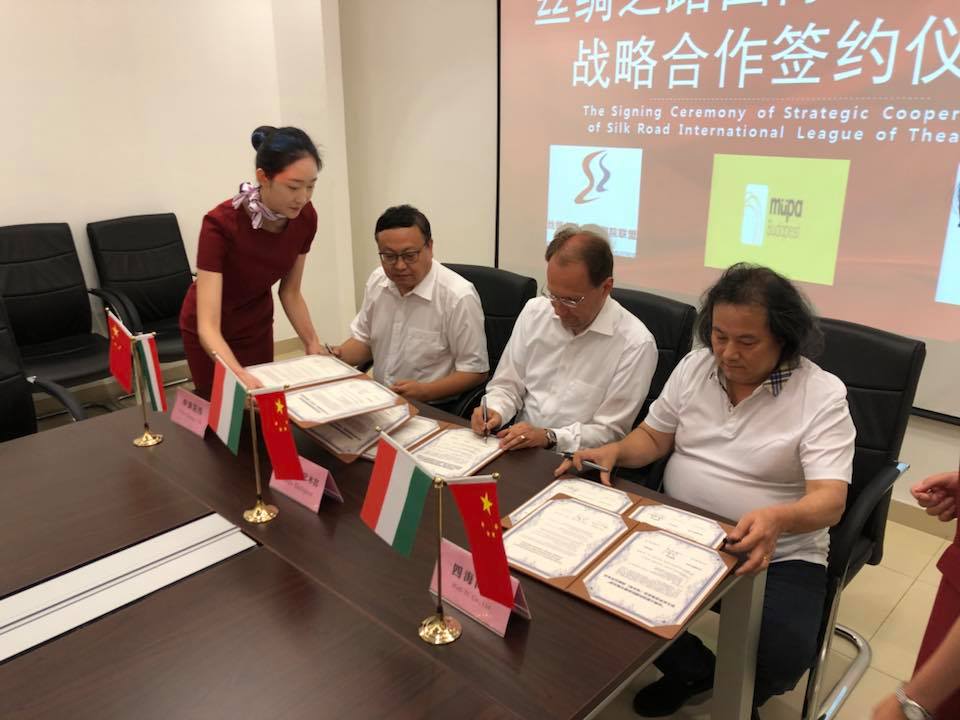 Péter Hoppál, the deputy head of parliament’s cultural committee, and Kuan Yu, a senior official of the Chinese ministry of culture, have agreed that the Kodály method, a comprehensive music education system developed by Hungarian composer Zoltán Kodály will be spread more intensively in China. The two officials met in Beijing on Tuesday to survey […]
Hungary Today 2018.07.31.