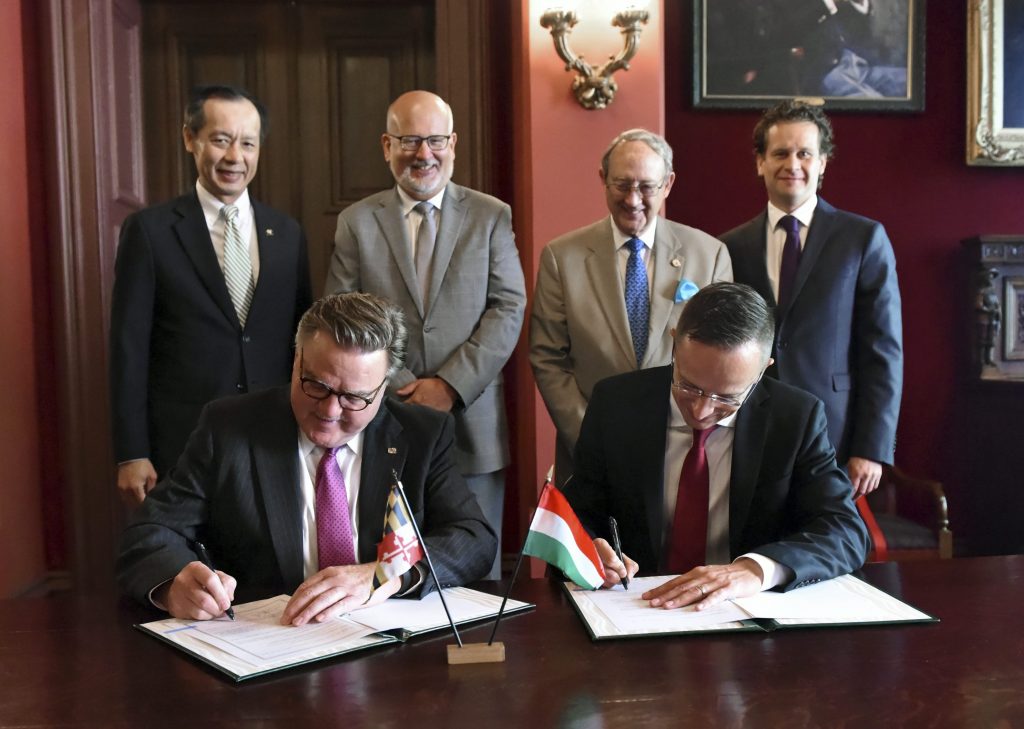 Last Friday, Hungarian Foreign Minister Péter Szijjártó signed an agreement with the State of Maryland on the continued operation in Budapest of McDaniel College in Annapolis, in the United States. 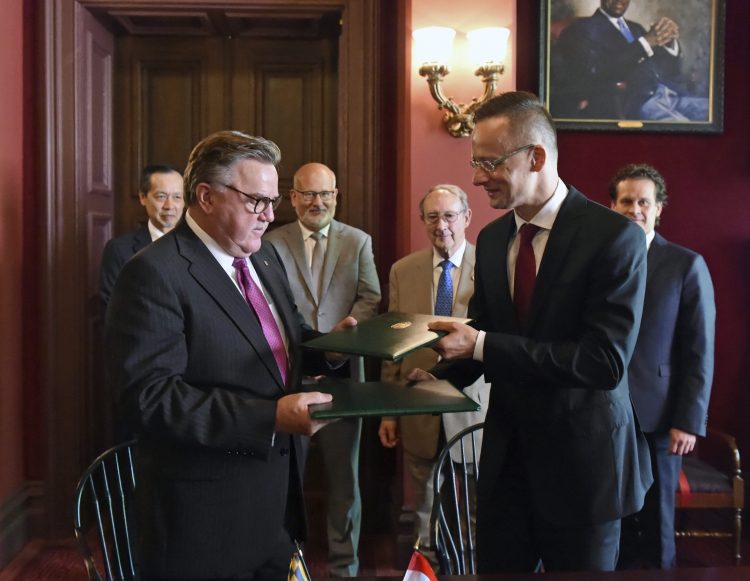 Referring to the uncertain future of Budapest’s Central European University, Szijjártó claimed that the agreement with McDaniel, which has 3000 students in the US and roughly 100 in Hungary, shows that “those who want to come to an agreement with the Hungarian Government, can”, and that the higher education legislation does not set any conditions vis-à-vis universities based abroad that cannot be met.

The government’s amendments to Hungary’s higher education law, passed in the beginning of April, were seen as deliberately targeting the Central European University, and came to be referred to as “Lex CEU.” The government’s attack on CEU comes amid a larger attack on the university’s founder, Hungarian-American billionaire George Soros, whom Orbán’s ruling Fidesz party is currently portraying as the enemy of the Hungarian people.

Szijjártó told the Hungarian news agency MTI that, pursuant to the higher education legislation, the continued operation in Hungary of universities based in countries outside the European Union is tied to the conclusion of inter-state agreements. The agreement between Maryland and Hungary on McDaniel College is the first under the new higher-education amendments. The Foreign Minister said that McDaniel College was established in 1867, and has had a campus in the city of Westminster in Maryland for 150 years. In another jab at CEU, Szijjártó commented that McDaniel is in an institution with long-standing operations and major traditions in the United States.

Mr Szijjártó stressed: the agreement signed today is proof of the fact that the conditions prescribed in the higher education legislation “are completely normal and can be met.” The agreement is, according to the Foreign Minister, ‘further proof’ of the fact that “if someone seeks to come to an agreement, rather than creating political hoo-ha, they can reach an agreement with the Hungarian Government very swiftly with respect to their continued operations.”

Referring again to CEU, he claimed that the educational institutions operating in Hungary must comply with the laws, and the fact that a US university with traditions going back 150 years “can meet the conditions without any trouble” indicates that “every serious institution is able to meet those conditions if they want to.”

Szijjártó also argued that the agreement with McDaniel proves that the “Lex CEU” higher education legislation does not in any way jeopardize the freedom of higher education as, according to the Foreign Minister’s version of events, there is an American university – operating in Hungary for many long years – which may continue its operations by virtue of the agreement without any problems.

These comments are a reference to a portion of the higher-education amendment that would require CEU to open a campus in the United States, a requirement that the university currently does not meet, and that would, according to CEU officials, make the university’s continued operation impossible.

Despite Szijjártó’s claims, however, there are in fact universities in Beirut, Paris, and Rome (to name just a few) which have US accreditation without having campuses in the United States, all of which contradicts the Hungarian government’s claims that CEU has an unfair advantage by not having to have a US campus.

Via kormany.hu and MTI