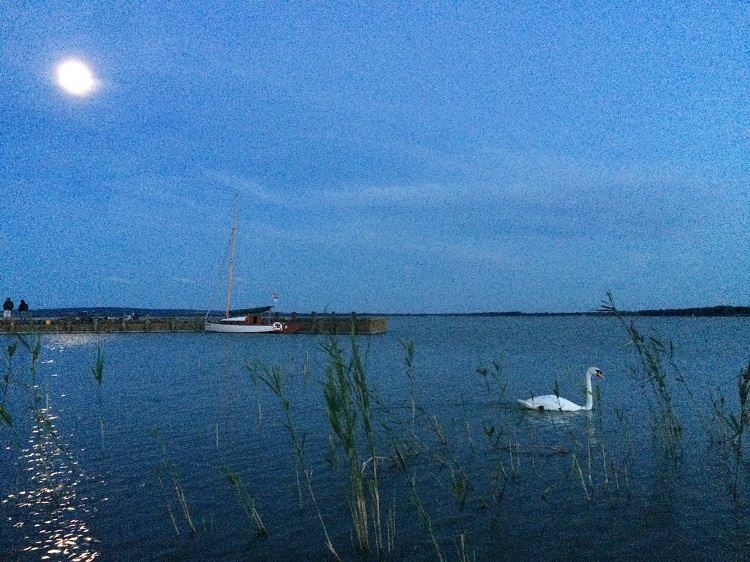 Although the calendar summer has started on the 1st of June, the weather was not the best in the first weeks. However, the summer break and the time of freedom starts in the middle of the month for students; moreover, university students usually pass the exams before the last week of June also. So here it is, finally the weather is hot, the sun is shining, the water of the lakes are good and refreshing, this time everybody is free and looking for recreation, leisure and to have fun with friends and/or the family.

One of the most popular summer destinations not only for Hungarians is Lake Balaton. This is the largest freshwater lake in the Central European region with its 5,174 km2 (1,998 sq mi) water area and one of the region’s foremost tourist destinations. The mountainous region of the northern shore is known both for its historic character and as a major wine region, while the flat southern shore is known for its resort towns. We collected some of the best paces around the big lake.

Siófok – The capital of Balaton

Many of the tourists who come from the direction of Budapest stop as soon as they reach Siófok. This is not surprising, taking into account that the city is one of Hungary’s most popular holiday destinations, famous for its beaches and nightlife. Siófok is one of the richest municipalities of Hungary due to tourism. Hungarians often call the town “the capital of Balaton”, as it is the largest city on its shores and acts as the commercial and tourism hub of the region. Here, you can find every night a party and the beach is very quality one also, not to mention the wellness and recreational hotels in the city. 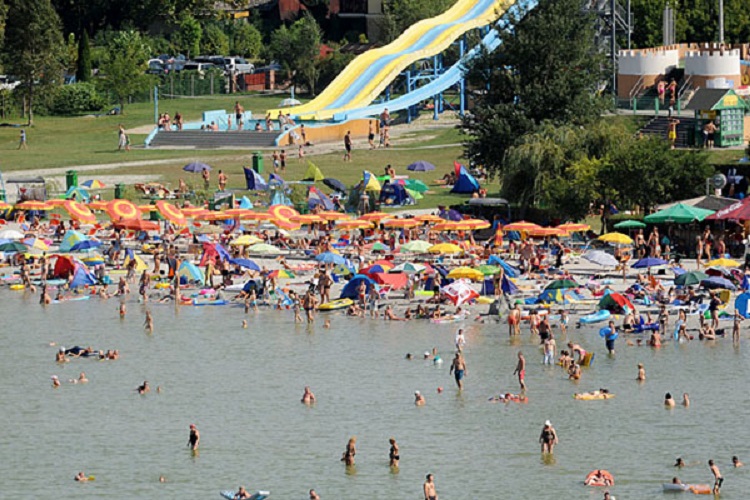 Zamárdi – The hometown of the Sound 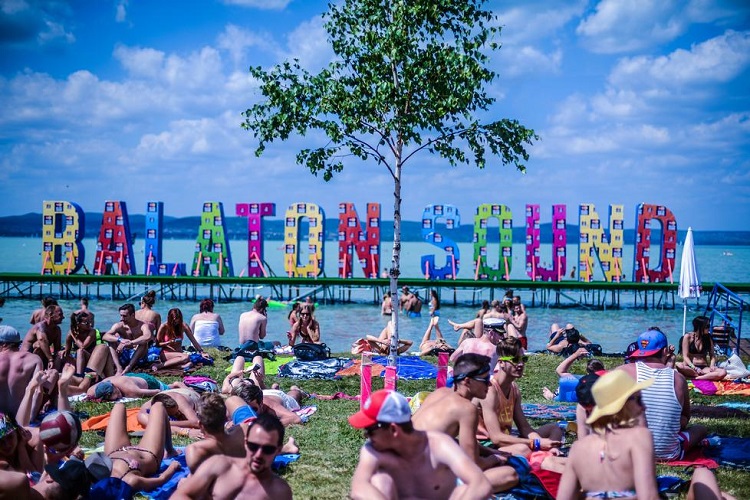 Balaton Sound is the biggest festival at Lake Balaton. This time, between 6-10 July 2016, the 10th Balaton Sound will be the same great and diverse non-stop beach party as it was in the previous 9 years. Celebrating its first decade the massive program of the 5 days will attract everyone who is into electronic music and hip hop. Don’t be shy to dance into the Lake, for more information about the festival click to this link: #SOUND2016 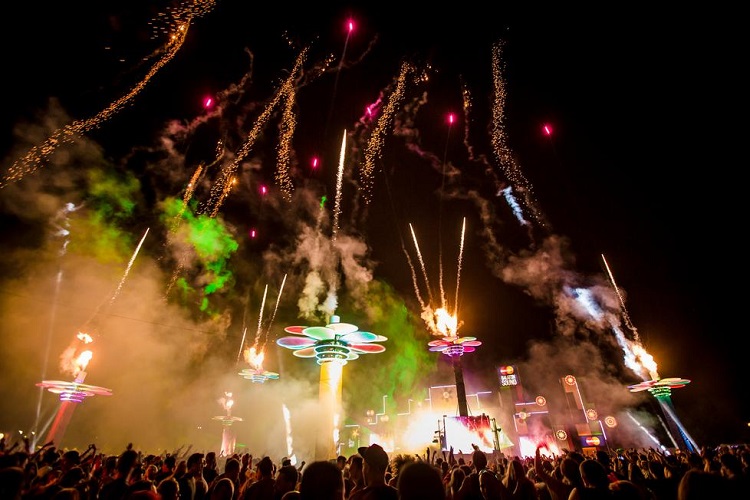 Balatonszemes – Tastes instead of landscapes at the Kistücsök 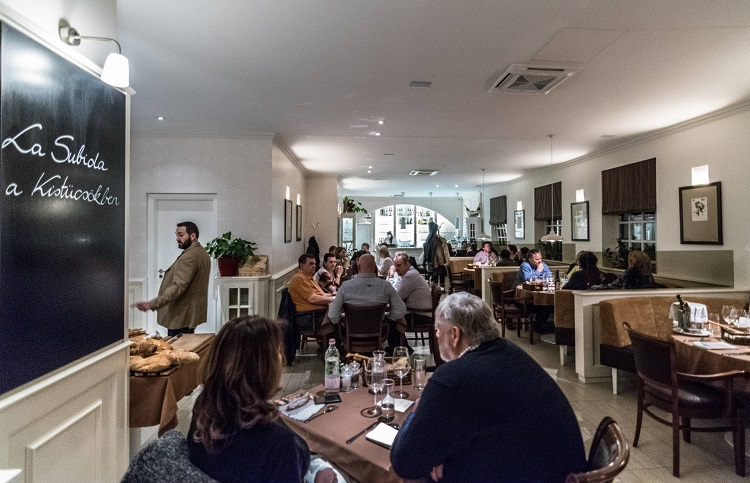 If you prefer good dishes instead of big parties and crowded places you should do directly to Balatonszemes. In this little town, you can find the Kistücsök Restaurant with its amazing plates. Although it is not on the beach, and you cannot enjoy the scenic view in the sunset but when you bite the local venison or the snow-white catfish morsel it can make it up. 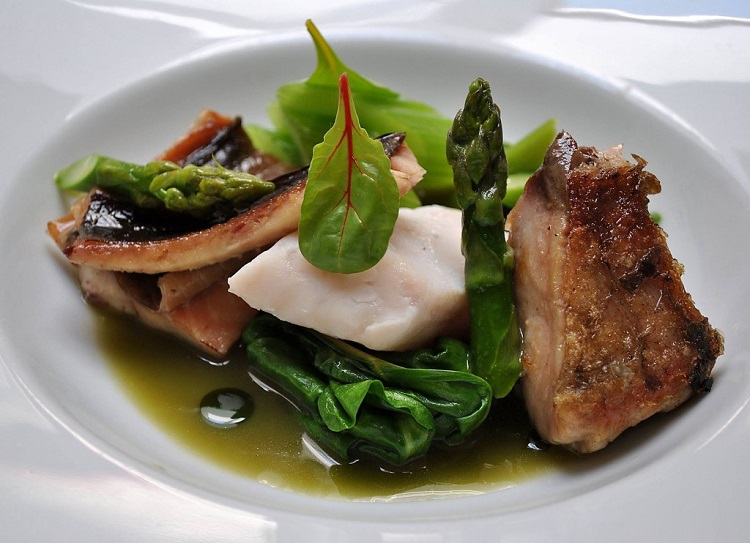 Balatonlelle – The scenic view from the Little Hill 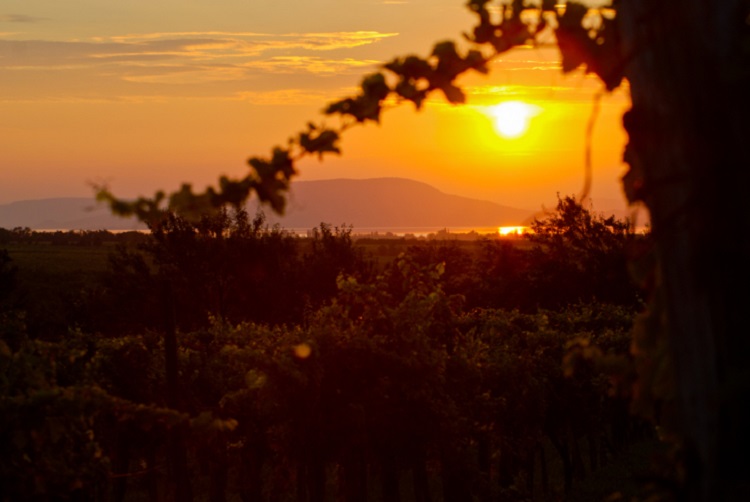 Would you like to get in touch with the nature of the Balaton and get out the bustle of the beaches and the tourists? Balatonlelle is a little town with the Kishegy (Little Hill) where you can take a refreshing walk on the hill-side. From here you can enjoy one of the best sunsets of the lake. Let’s come on a 3D walk around on the hill: Kishegy

Keszthely – The most historical town of the Balaton 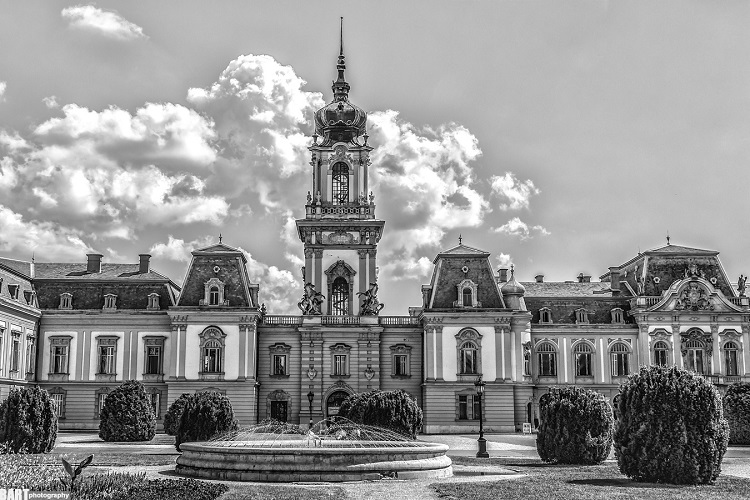 It’s the largest city by the lake and one of the more important cultural, educational and economic hubs in the region. Though settled since at least Roman times, the first historical evidence of the town Keszthely dates from a 1247 document. Since 1421, Keszthely has been a market town. You should not pass Keszthely without visiting the Festetics-Castle and the Helikon Library what is a collection of György Festetics within 80.000 pieces of books.

Tihany – The town of the echo 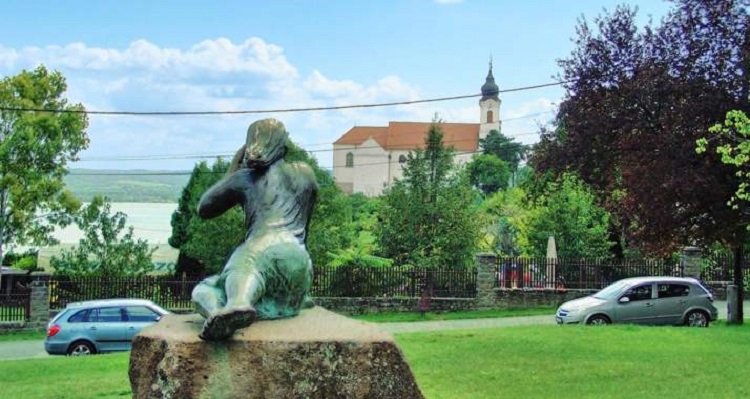 Tihany is a village on the northern shore of Lake Balaton on the Tihany Peninsula (Hungary, Veszprém County). The whole peninsula is a historical district. Tihany is famous for the echo, existing since the 18th century. There were poems written for this echo, like by Mihály Csokonai Vitéz and Mihály Vörösmarty, but the most famous is by János Garay, summing up the legend of the place. The echo has since abated, due to changes in the landscape. The other part of the legend concerns with the “goats’ nails”, washed ashore from Balaton, which are in fact corners of prehistoric clams. According to the story, there was a princess with golden-haired goats, but she was too proud and hard of heart and was punished (cursed by the king of the lake): her goats were lost in Balaton, only their nails remained, and she was obliged to answer to every passers-by. A stone, remembering the Shouting Girl, is still to be seen near the village. 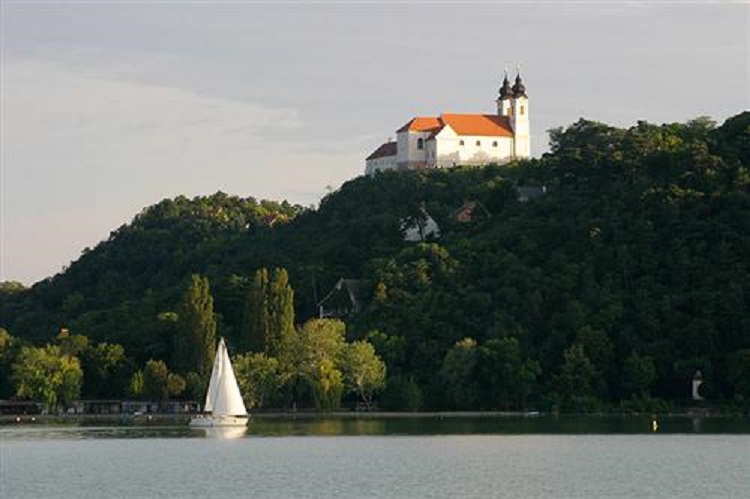 Csopak – The best wines on the north shore 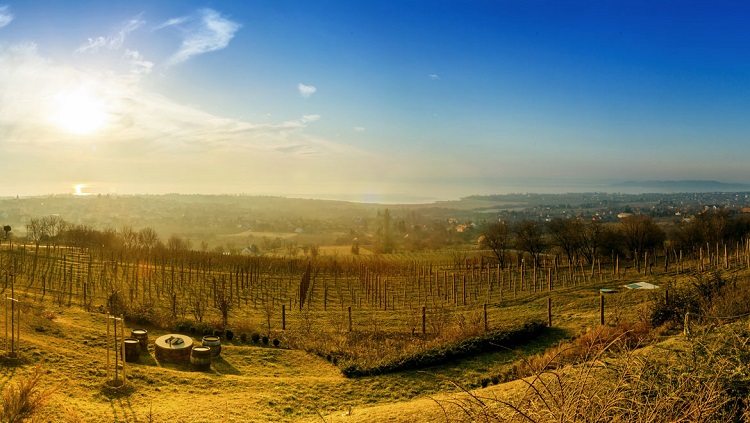 The mountains of the Balaton’s northern shore are perfect grounds for grape production, cellars and winemaking. Csopak became famous as a summer resort and the center of this wine region. It is amazing when after sunbathing you start a “wine-tour” up to the cellars and bistros at the hills for example to the Márga Bisztro. Why? Because Márga Bisztro gives you one of the most (if not the most) breathtaking views over Lake Balaton, sunshine, tranquility, signature welschriesling from Csopak and a cosy, amiable menu built on fresh local ingredients. This is Márga. 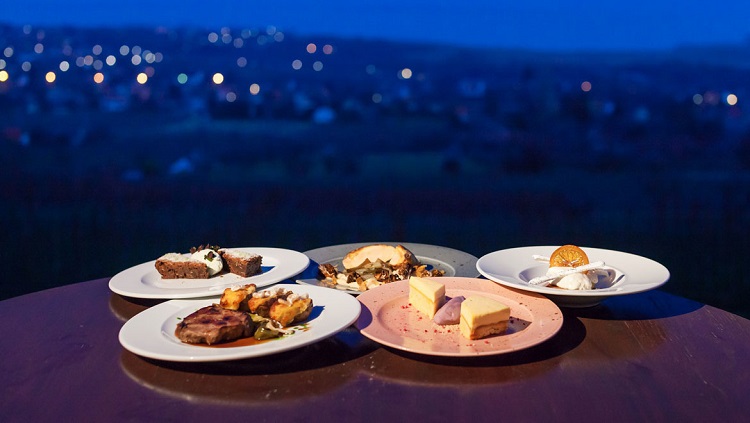 Not far from the Balaton on the 22th of July 2016 starts the festival in the valleys and hills of the Balaton Uplands. 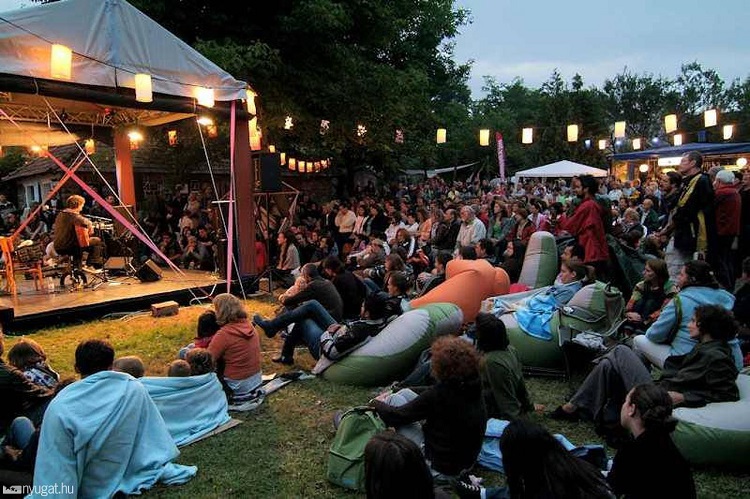 The Valley of Arts Festival welcomes its visitors for the 26th time with 26 stages and 40 exhibition yards in Hungarian villages Taliándörögd, Kapolcs and Vigántpetend.

The secret of Hungary’s largest multi-art festival, the Valley of Arts, is in its liberated atmosphere and the series of cultural, musical, theatrical, literary programs. In recent years the festival has undergone a thorough „facelift“. In order to maintain its original values along with a fresh design the festival program has also been expanded and the technical conditions of the stages, yards were improved. For more information about the festival click here 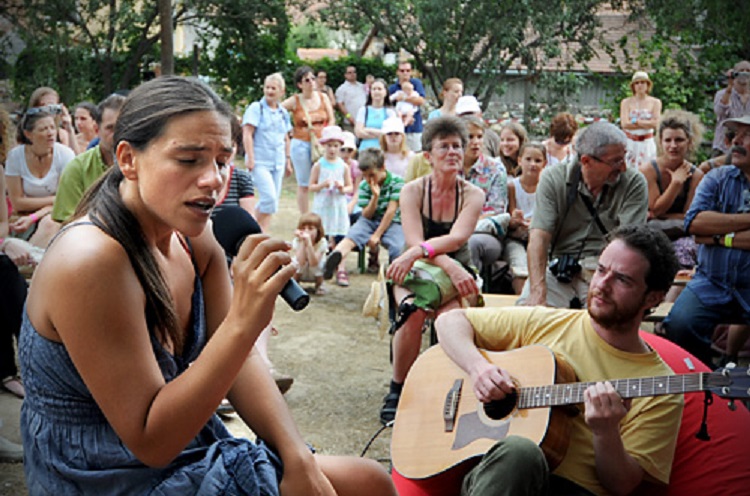