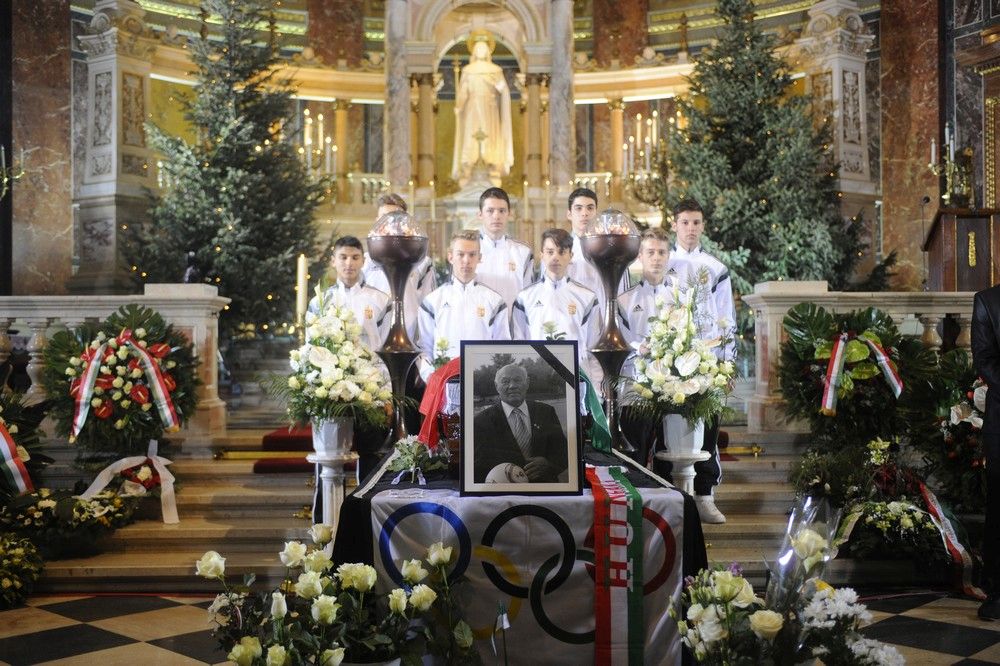 Jenő Buzánszky, the last member of the legendary “Mighty Magyars” Hungarian national football team who passed away on 11 January aged 89, has been laid to rest in St. Stephen’s Basilica, Budapest.
Several hundreds of admirers attended the church service to say farewell to Ferenc Puskás’s former teammate. Speeches were given by Prime Minister Viktor Orbán and Sándor Csányi, chairman of the Hungarian Football Federation.
Prime Minister Viktor Orbán said in his speech that Buzánszky was one of those rare Hungarians who was accepted and admired by everyone. He pointed out that the defender’s life is a story of patriotism. “He did everything he did to bring joy to Hungary. We thank him for this now and here”, the Prime Minister said of the late footballer.
Sándor Csányi, chairman of the Hungarian Football Federation, said that the nation is saying farewell not only to Jenő Buzánszky but also to “a piece of our history”, the most remarkable chapter of Hungarian football. Recalling the career and successes of the deceased, Mr. Csányi emphasised that the ever-active Buzánszky toured the country almost until his death, popularising and cherishing the memory of the “Mighty Magyars”.
The ceremony was attended by several former players for the national football team alongside sportsmen, politicians and figures of public life, including Speaker of the National Assembly László Kövér, former President and Sportsman of the Nation Pál Schmitt, and State Secretary responsible for sport István Simicskó.
The funeral ceremony was celebrated by Catholic bishop László Kiss-Rigó; Jenő Buzánszky was laid to rest in the presence of only close family members in the crypt of St. Stephen’s Basilica.
via mno.hu
photo: Attila Béres/Magyar Nemzet