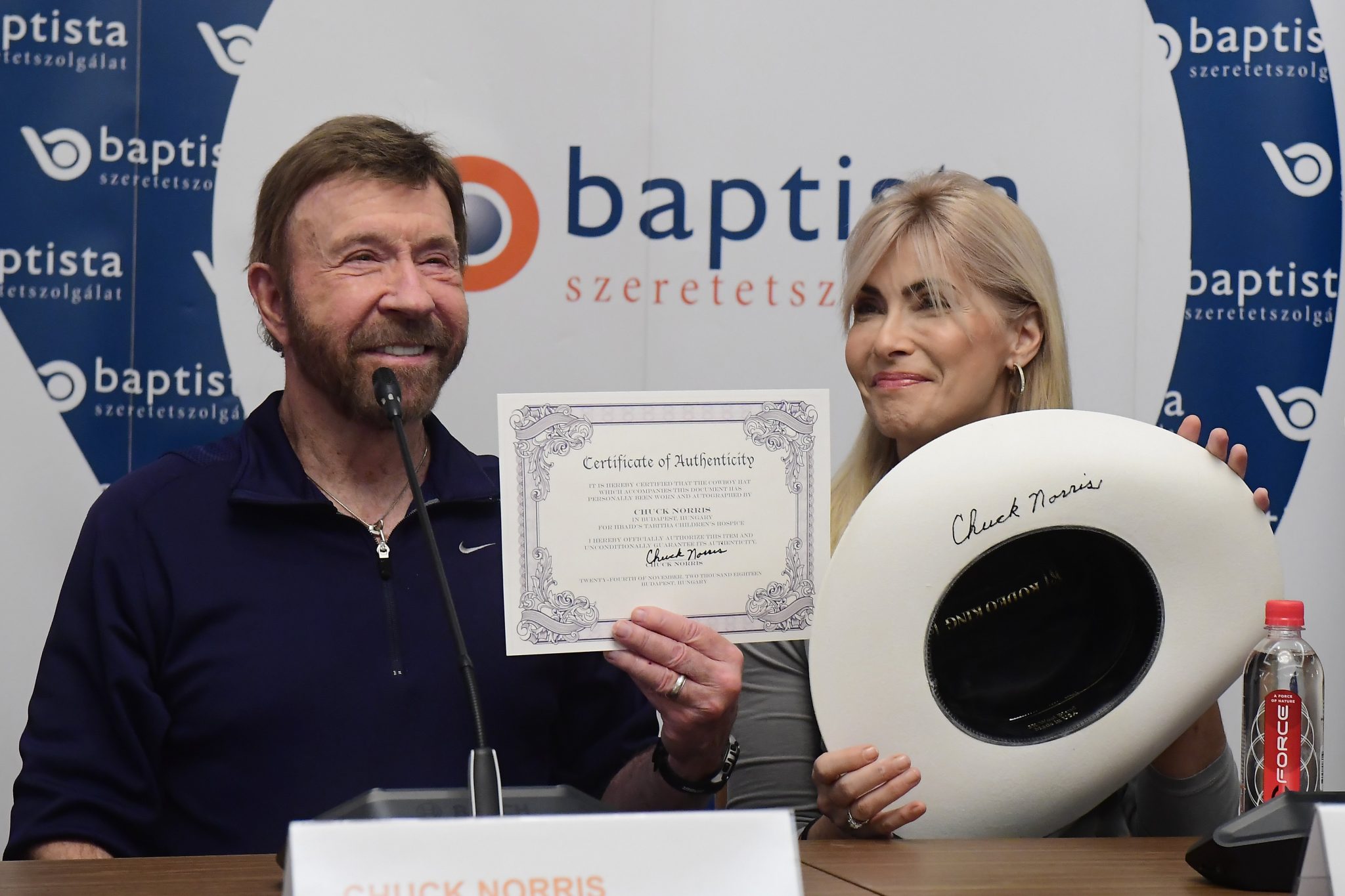 Aside from Sting & Shaggy who are set to play a free concert in Budapest’s Heroes’ Square, another world-famous star arrived in the city this past weekend in support of a charity initiative. Legendary actor, screenwriter, martial artist and star of thousands of internet memes, Chuck Norris, came at the invitation of the Hungarian Baptist Aid.

The 78-year-old actor is visiting Hungary for the first time as the Baptist Aid’s guest star at their ‘Shoebox’ charity event at the Arena. Every year during the Christmas period, people are encouraged to donate items in a shoebox at the ‘Shoebox’ charity, hence the name. Norris also held a lecture about conversion at the event as he was brought up in a Baptist family.

Despite never having been to Hungary before, the former professional martial artist became extremely popular following the release of an internet meme in 2005.

In August 2006, Norris became an early front-runner in an online poll to name a new bridge across the Danube. However, American satirist Stephen Colbert discussed the story on his comedy program and instructed viewers to vote for him instead. Colbert actually won the “competition,” but the result sparked so much controversy that the bridge was named Megyeri híd in the end.