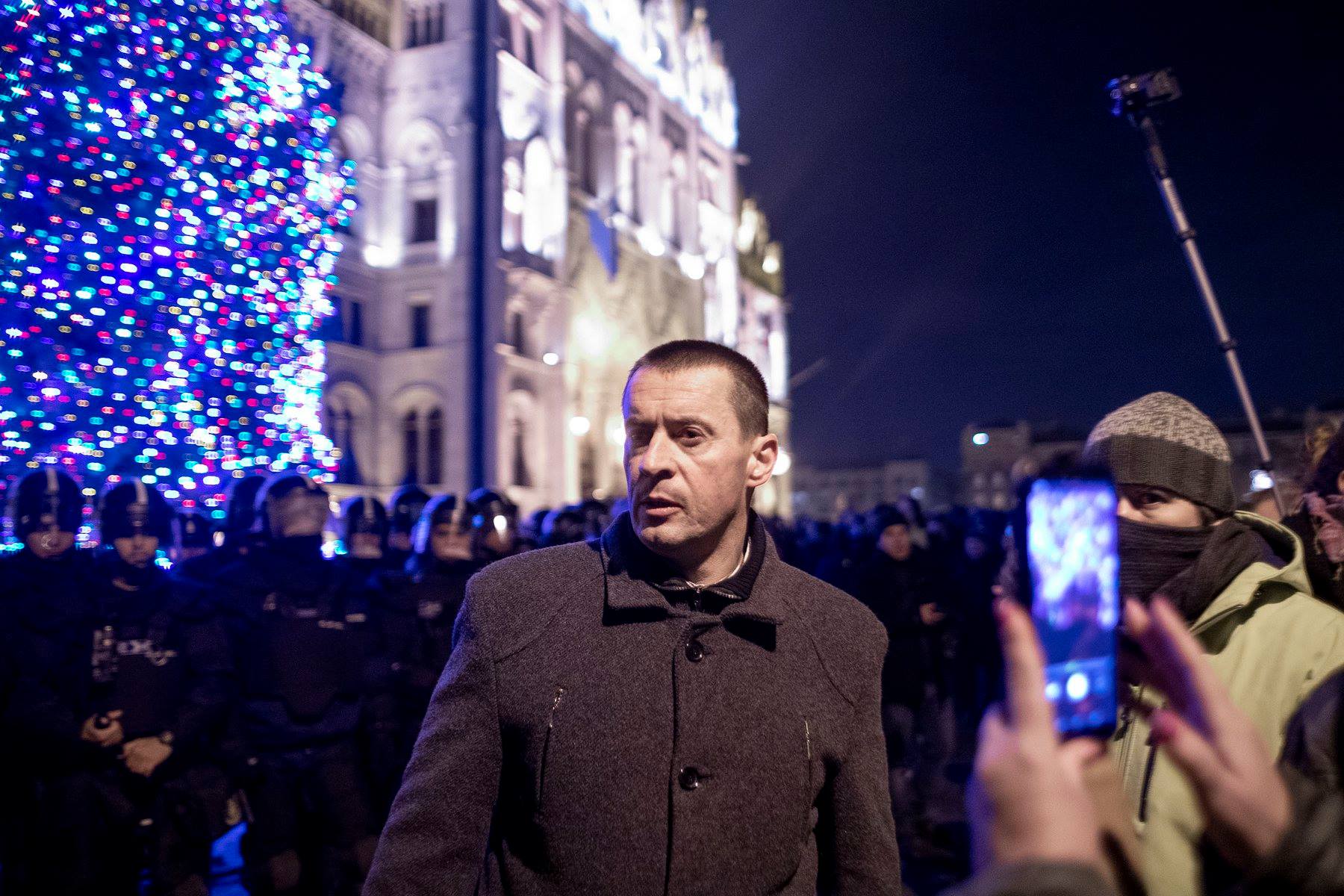 Two controversial recordings involving Jobbik’s president Tamás Sneider made public by pro-government Hír TV have put even more pressure on the party to further distance itself from its radical past.

The first video was recorded at Sneider’s wedding three years ago. His wife is seen sitting on his shoulders, making hand signs resembling the Nazi salute. Later at the wedding, the master of ceremony can be heard making other racist and homophobic jokes while the audience laughs.

Sneider discusses his virtues and merits as a leader in the second recording. He can be heard describing himself as a “man of the people” and also as the “strongman of the party.” He says he would be able to protect Hungary from Gypsies as he would “beat everyone.” This might have been a reference to his time as a leader of a far-right group in Eger during his youth. In 1992, he was sentenced to suspended jail time when, according to police documents, he and some friends severely beat up a Romani man. In a recent interview, Sneider stated that he had been the only one to hit the “mobster,” who had only minor injuries, and added that pro-government tabloid Ripost’s rehashed story on the case “is full of lies made up by the PM’s servants.”

In connection with the leaked recording, Sneider announced that he launched a lawsuit as it had been recorded at a private event and he hadn’t authorized the release. He also claimed that his wife is not a Nazi and was ‘only joking.’ While in the second recording, according to him, he refers to how voters see him.

Jobbik, under the leadership of Gábor Vona, has long been working to become a people’s party, distancing itself from its radical, anti-Semitic past. The former radical party has started to cooperate with liberal and leftist parties of the opposition on different issues. Some claim that the series of debunks by pro-government media might aim to estrange the liberal and leftist voters and their parties from Jobbik ahead of the European Parliament and local government elections of this year.

According to speculations, former Jobbik members—now belonging to newly-founded radical party Mi Hazánk Mozgalom (Our Homeland Movement)—might be behind the leaks, cooperating with the governing parties to weaken their rival.