Based on Leaked Audio Recordings, Hungarian Public Television Has Been Setting Political Direction

Quoting a leaked audio recording, news portal Free Europe (Szabad Európa) claims that it has been said in the public media that anyone who does not like the prescribed direction should leave. The recordings were made in the 2019 European Parliament election campaign, according to which Balázs Bende, the editor-in-chief of the foreign policy section of the M1 news channel, in an editorial meeting warned that “this institution…does not support the opposition coalition,” while materials must be written “along the right narrative, the right method and direction,” and those who do not like this direction, should resign. The one-sided, extremely pro-government stance of the public media has long been criticized by experts and opposition parties.

Balázs Bende convened a public television meeting on March 25, 2019, two months before the EP elections, which every employee was obliged to attend. Although according to the news portal, Bende collected cell phones at the beginning of the meeting, a recording was still leaked from the speech. According to details published by Szabad Európa, the editor said at the beginning of the meeting that:

The situation is this: everyone is aware that there are European Parliament elections at the end of May and I am sure that it won’t be unexpected for anyone if I say that this institution… does not support the opposition coalition. If someone finds this statement unexpected, they should go home now.

From the audio recording of the one-and-a-half-hour briefing, Szabad Európa has now released details of what instructions Bende had given his subordinates on how they should work during the EP campaign.

In addition to the recordings, the news portal spoke to several sources who talked about how the political direction of public television has changed over the years. For example, before the 2018 parliamentary elections, it was tasked in the foreign policy section that at least one “migrant material” is needed every day, even if nothing relevant happened that day.

In addition to the excerpt quoted above, Bende also drew the attention of the foreign policy staff to the fact that while some of them have managed to get away with “filler materials” so far, they can’t expect to be “left out of making political materials” from that time on either.

He said that “whoever is assigned may find it necessary to write material along the right narrative, the right method and direction,” primarily “about migrants, Brussels, etc.” Then Bende stressed once again that everyone needs to be aware of the expectations and it is not at all mandatory to work for the state television. The recording continues with him encouraging employees

…to decide now and get a clear answer about whether you will be willing to work here under these circumstances (…) I don’t consider anyone so meaningless and silly as not to understand where they work, and what is expected of them. Those who cannot comprehend these are either stupid or lying. We do not need any of them.

After that, Zsolt Németh, the director of the channel also appeared. From then on the staff could ask questions. When asked about the use of modifiers and modifying, the answer was that it would be rather useful to invite experts to the show, naming a well-known pro-government public figure as an example, to help “throw it” to the people and “simplify for people” how to interpret a particular communication or information.

Szabad Európa has contacted MTVA about the recordings, but they have not received a response. However, several politicians, parties, and the Association of Hungarian Journalists have already responded to the leaked recordings.

The National Association of Hungarian Journalists called for action by the media authority, severe sanctions against the editors and leaders involved, scrutiny of the public media, and the development of safeguards for impartiality. They said that public television does not have to show what the ruling party wants to see, but the reality in the country and the world. At the same time, they indicated that parliament would also have to act in the “seriously infringing” case.

Due to the recording, independent MPs Ákos Hadházy, Bernadett Szél, and Szabolcs Szabó had previously demanded the departure of Dániel Papp, CEO of MTVA, the removal of the foreign policy editor-in-chief at the time, Balázs Bende, and the “immediate cessation of government propaganda paid from public funds.” According to the politicians,

it is not possible to talk about fair elections and democracy in Hungary as long as this propaganda machine perpetually deceives, manipulates and systematically deceives the elections.

The opposition party Párbeszéd (Dialogue) said they would turn to the National Media and Communications Authority and draw up a criminal report. The opposition party said they are taking legal action due to M1 employees having been threatened with losing their jobs if they did not support the government in the EP campaign, according to the leaked recordings. 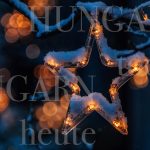