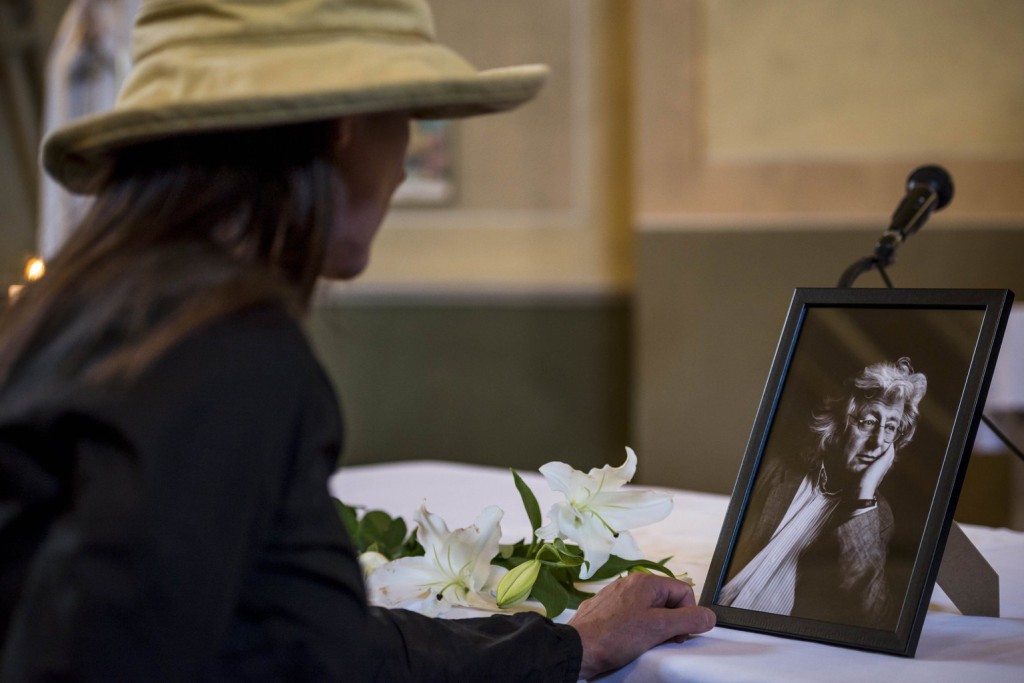 Péter Esterházy, the renowned Hungarian writer who passed away on 14 July, was “an aristocrat not only in blood but also in soul and spirit”, Archabbot of Pannonhalma Archabbey Asztrik Várszegi said at the author’s funeral service at the Esterházy noble family’s traditional burial place of Ganna in Western Hungary on Tuesday.

The writer, who died at the age of 66 after a long battle with illness, was a “shining star arching on its own orbit who “cannot and should not be captured”, the religious leader said at the Kossuth Prize-winning author’s Latin-language funeral service at the small village in Veszprém county, western Hungary. 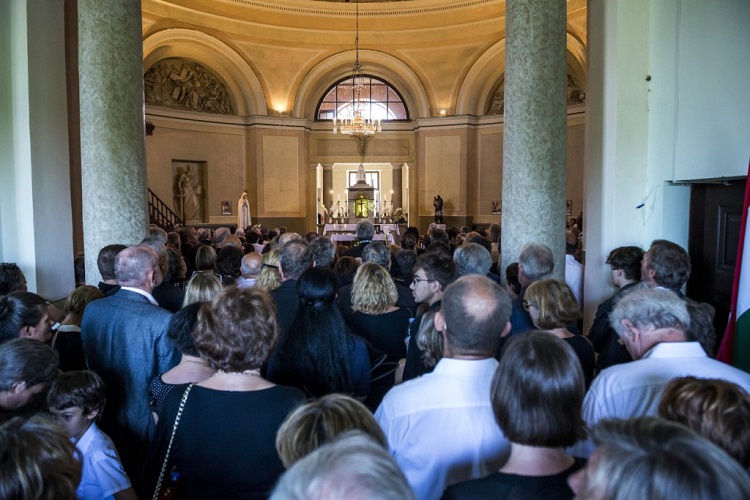 Mourners gathered in the church of the village of less than 300 people, the aristocratic family’s traditional burial place, to pay tribute to Péter Esterházy

A nation is saying farwell to a writer and thinker who identified with the fate of the people, the Archabbot told the mourning crowd, which filled both the church and the park in front of it and included many well-known figures from the Hungarian literary and artistic world, as well as Minister of Human Capacities Zoltán Balog. 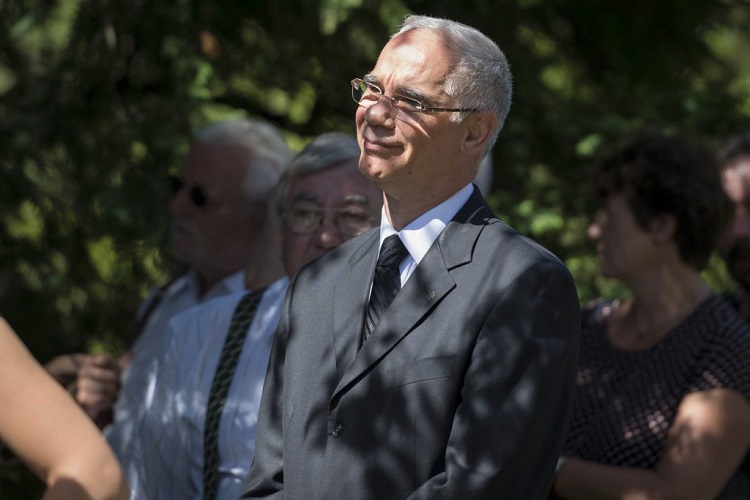 Minister of Human Capacities Zoltán Balog (pictured), along with musicians László Dés and László “Hobo” Földes, were among the several well-known figures spotted at the funeral

“His writing was brilliant literature and the apotheosis of the language of a nation at once, he said, adding that the late writer, who was the son of a once all-powerful noble family, was “an aristocrat not only in blood but also in soul and spirit”. “We must get to know and explore his heritage, as well as draw life from it”, Archabbot Várszegi said.

The remains of the author, seen as one of the most widely known Hungarian and Central European writers internationally, were laid to rest in the family crypt beneath the church in the presence of closest relatives.

He had revealed his battle with pancreatic cancer in late 2015. 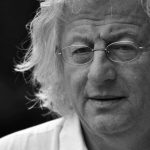 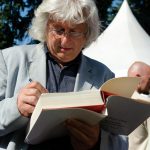