PMO Chief János Lázár on the Visegrád Group, the German Media, the Migrant Crisis, and Other Issues 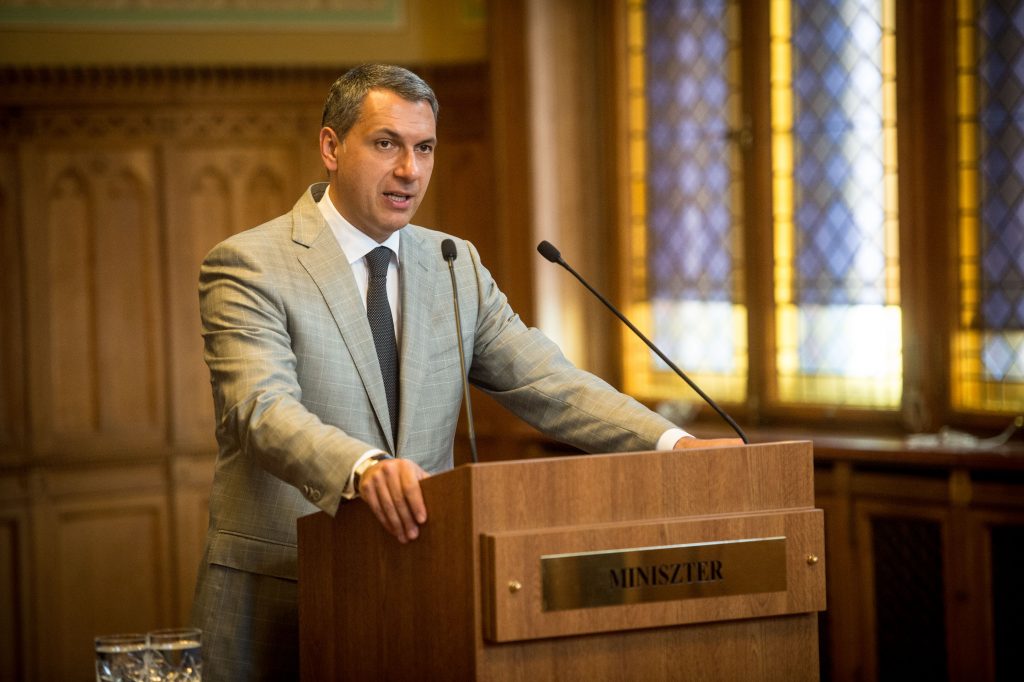 Yesterday, János Lázár, Minister in charge of the Hungarian Prime Minister’s Office (PMO), held a press conference addressing recent topics pertaining to Hungary that have been in the news.

In particular, Lázár addressed the European Commission’s decision to launch an infringement procedure against Hungary over its refusal to cooperate with the bloc’s quota plan, the Hungarian government’s plans for its year-long Presidency of the Visegrád Group (V4), and its reaction to its portrayal in German Media. 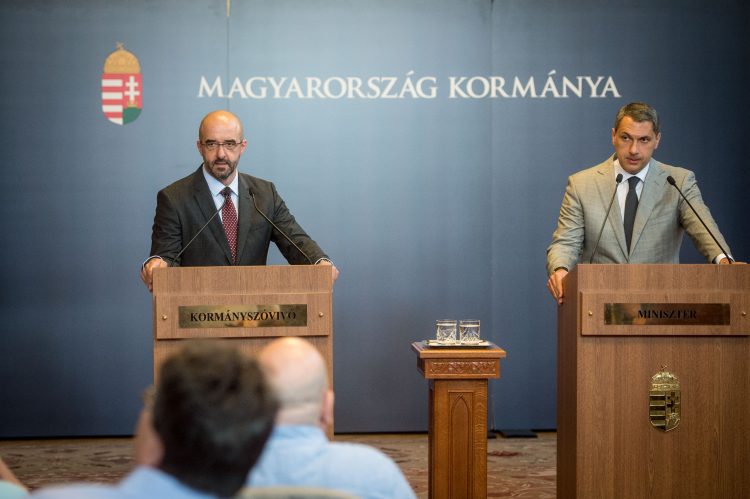 On the European Commission and the Quota Plan

Discussing the European Commission’s launching of infringement procedures against Hungary, Poland, and the Czech Republic for their refusal to take in refugees under the EU’s quota plan, Lázár claimed that, while “Brussels” wants to force the Hungarian government to change its position that is “not possible as the position” of Hungarian voters is “absolutely clear.”

Lázár said that Hungary has not taken in anyone for resettlement so far, and does not wish to do so in the future either. He also continued the Hungarian government’s ongoing policy of laying the blame for Europe’s ongoing refugee and migrant crisis at the feet of Hungarian-American billionaire George Soros, claiming that under the quota plan “they” want to distribute “immigrants in Europe on a mandatory basis. This fits well into the plan that György Soros dictated to the leaders of Europe.”

The news of the infringement procedure comes on the heels of last month’s resolution in the European Parliament to launch Article 7 procedures against Hungary due to what Members (MEPs) see as “serious deterioration of rule of law and democracy” in the country.

Naturally, the issues that have raised concern among European leaders include, among others, the controversial “Lex CEU” higher education law amendment, as well as recently passed legislation that targets NGOs that receive foreign funding.

Lázár was asked about allegations that, according to press reports, the police were tapping the phones of the people smugglers in whose truck 71 refugees died in Austria, but the conversations were not translated in time.

The PMO chief refuted the allegations, and claimed that the German public service media are pursuing a “smear campaign” against Hungary because it is not willing to take in illegal immigrants from Germany.

Lázár also backhandedly expressed his “sincere hope” that the supposed “smear campaign” was not being carried out “in response to encouragement from the German Government.”

He claimed that German public media are pursuing a smear campaign against the Hungarian police serving at the border who “also protect” Germans.

Lázár claimed that Hungarian police did indeed carry out phone tapping, but the conversations tapped into are not analyzed in real-time.

He added that translating did pose a problem, and that additionally the Hungarian police were stretched thin at the time due to their push to eliminate a route some migrants were taking through the Balkans to enter the EU.

Ultimately, Lázár expressed his opinion that “no professional error was made.”

On Hungary’s Upcoming Presidency of the Visegrád 4

Beginning on July 1st, Hungary will assume the rotating presidency of the Visegrád Group, an alliance of four Central European Countries: Hungary, Poland, the Czech Republic, and Slovakia.

Lázár said that during Hungary’s presidency, the government intends to focus on a few main topics.

First of all, the Orbán government “would like to review what the EU will mean to the V4 countries in the next few years.”

In addition, during Hungary’s presidency, the government hopes to focus on regional cooperation, possible infrastructure projects, determining how digitization may contribute to the enhancement of economic competitiveness, and the role that the V4 countries may play in the global arena, Lázár added.

Via kormany.hu and MTI