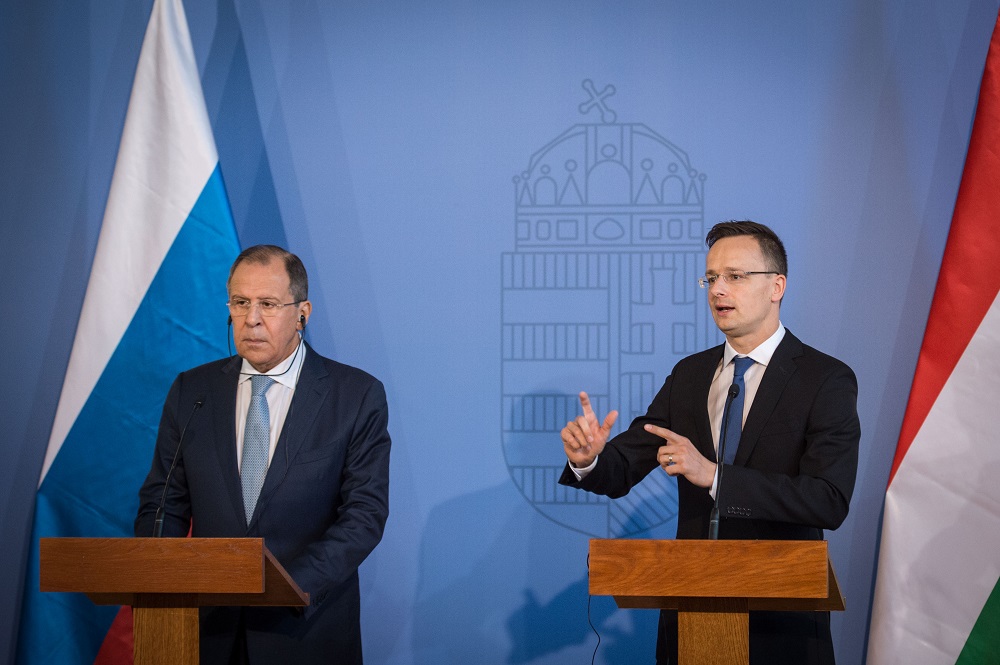 “Without the pragmatic rebuilding of cooperation between the EU and Russia built on respect for each other and international law, it would be difficult to imagine an improvement in European competitiveness”, Hungary’s Minister of Foreign Affairs and Trade Péter Szijjártó said following a meeting with his Russian counterpart Sergey Lavrov in Budapest on Wednesday.

According to the Hungarian foreign minister, the improvement and strengthening of Europe’s economy and competitiveness requires the coupling of Russian natural resources and highly developed European technologies. In his view, solutions to global challenges can only be found if an agreement in concluded between the Transatlantic Community and Russia. This, for instance, was how a nuclear agreement with Iran was successfully brokered, Mr. Szijjártó explained, pointing out that since the future almost certainly holds major global challenges the possibility of pragmatic and rational cooperation must be maintained.

“Hungary’s and Russia’s common goal is to slow and eventually stop the rate of reduction of bilateral trade flow, followed by placing economic and trade relations on a growth trajectory. Hungarian-Russian trade flow fell by 47 percent last year and has fallen by a further 25 percent so far this year, while Hungarian enterprises have suffered export losses of some 4.5 billion US Dollars”, Mr. Szijjártó pointed out.

This is why regional cooperation is being increased; next week an economic cooperation agreement will be concluded with yet another Russian county, he told reporters. In addition, Russian investments by Hungarian enterprises are also being promoted, within the framework of which a Hungarian meat processing plant will soon be opening near Moscow, a feed factory is also being established and Hungarian pharmaceuticals manufacturer Richter is ready to begin a full production process in Russia, he continued. In reply to a question, the Hungarian Foreign Minister also stated that the parties had also come to an agreement on the fact that a Hungarian company will be participating in the construction of one of the stadiums for the 2018 FIFA World Cup in Russia.

On the subject of energy security, Mr. Szijjártó stressed the importance of diversification and the determinative role played by Russia in Hungary’s and the region’s energy supply. Since diversification is being impeded by the fact that both Romania and Croatia are failing to fulfil their commitments to enable the two-way flow of natural gas via interconnectors that connect their natural gas networks, Mr. Szijjártó pointed out that Prime Minister Viktor Orbán and Russian President Vladimir Putin had previously come to an agreement on extending gas procurement contracts. The foreign minister also said he viewed the fact that the NATO-Russia Council had recently met once again was a positive development, adding that it would be favourable to hold a similar discussion prior to the July NATO Summit in Warsaw.

At the press conference, Mr. Szijjártó’s Russian counterpart Sergey Lavrov stressed, amongst others, that the reduction in bilateral trade flow must be stopped and that Russia regards the Paks 2 project as a long-term, strategic investment project. The realisation of the project contributes to Hungary’s energy security and economic development, he said. Mr. Lavrov also welcomed the successful operations of Hungarian enterprises in Russia and the fact that several Russian companies are active in Hungary.

Topics of the meeting also included migration, the fight against terrorism and Ukraine, he told the press. On the subject of Ukraine, Mr. Lavrov recalled that EU High Representative for Security Policy Federica Mogherini recently said: there is no strategic partnership between Russia and the EU because that would require to implementation of the Minsk Protocol, but both Russia and Ukraine must conform to the stipulations of the agreement. In other words, strategic partnership between the EU and Russia depends on Kiev, which has no interest in such cooperation, the Russian Foreign Minister explained.

Mr. Szijjártó said that Hungary is urging all parties to uphold the Minsk Protocol. In reply to a question concerning EU sanctions, Mr. Lavrov said that Russian economic policy is being planned with the sanctions in mind. “We can only count on our own strength”, he declared.

With relation to this, Mr. Szijjártó confirmed that according to Hungary’s standpoint a decision on the extension of sanctions against Russia cannot be made “under the table”. “The reviewing of sanctions cannot be an automatic process but must be debated at the highest possible level, by the leaders of the EU’s Member States”, he said. In reply to a question, the Hungarian Foreign Minister also said that “nobody should be concerned” about Mr. Lavrov’s visit to Budapest, and “especially not our allies”, just as Hungary is not concerned when other European countries hold negotiations with Russia.

Both ministers urged for objectivity on the part of the European Commission with relation to energy projects.  “The Commission objected to the South Stream, but is supporting the North Stream 2 plan, when in fact both projects avoid Ukraine, only different companies are involved in the two projects”, Mr. Szijjártó said. 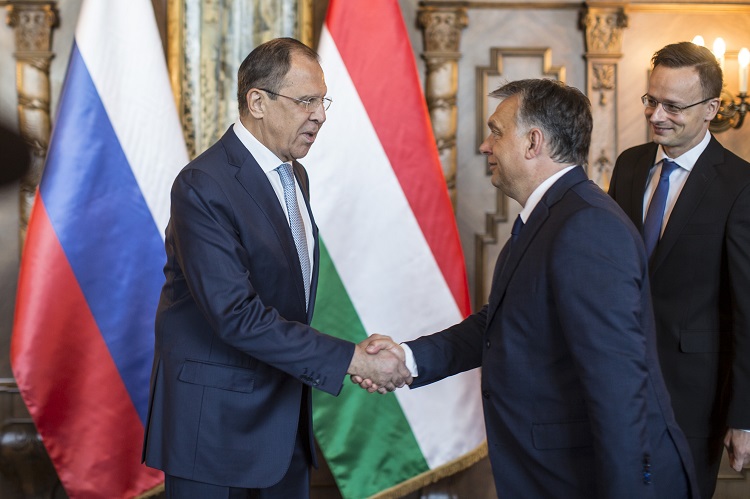 Prior to the meeting, on Wednesday morning, Mr. Lavrov was received by Prime Minister Viktor Orbán in Parliament in the presence of Mr. Szijjártó.

Mr. Lavrov’s current visit to Budapest was agreed upon in February, when the Hungarian leader visited Moscow, and it is one of the main staging points in the follow-up procedure related to the agreements concluded there.