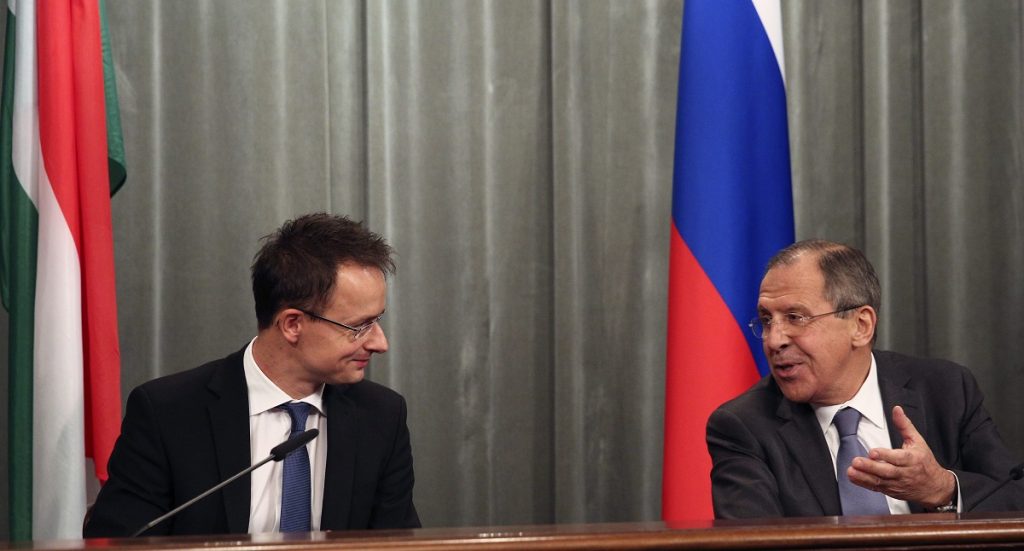 Perspectives in relations between Russia and Hungary are “extremely good”, Russian Foreign Minister Sergei Lavrov said at a press conference at MTI’s question in Moscow. Lavrov said that though there have been difficult periods, both countries “strive to understand each other and are aware that bilateral ties have very good perspectives with mutual benefits”.

Russia is ready to further develop its ties with Hungary in different areas, energy being just one of them, the minister said. On another subject, Lavrov voiced regret over Russia’s dropping plans for the South Stream gas pipeline project, and said Russia had made its decision because the project had become “a tool for negative discrimination” in the hands of the European Commission. Referring to Russia’s plans for an alternative Turkey Stream, Lavrov said that the proposed project was being met with interest in Europe, and added that he hoped it would be implemented and would contribute to Europe’s energy security, saving the continent from “a problematic transit route” through Ukraine.

Meanwhile Hungary’s foreign minister announced that Russian President Vladimir Putin would pay a working visit to Hungary on 17th of February.  Putin will have talks with PM Viktor Orbán, returning a working visit that Orbán made to Moscow last year, Péter Szijjártó told public radio. Among the topics to be discussed between the two leaders will be bilateral political and economic relations, energy security and the armed conflict in Ukraine. Hungary urges the mediated end of the armed conflict in Ukraine without delay, based on the Minsk agreement on resolving the crisis, he said, adding that Hungary’s interest is to have a strong and stable neighbour in Ukraine.

There will be plenty to discuss at the meeting, given the European Union’s sanctions against Russia and the retaliatory embargo by Russia that have resulted in a significant drop in economic and political cooperation between the two countries, Szijjártó said, noting that Hungarian exports to Russia had fallen by more than 13% in the recent period. Energy security will be another issue on the agenda, since this matter has become all the more timely, given the cancellation of the South Stream project, he added.