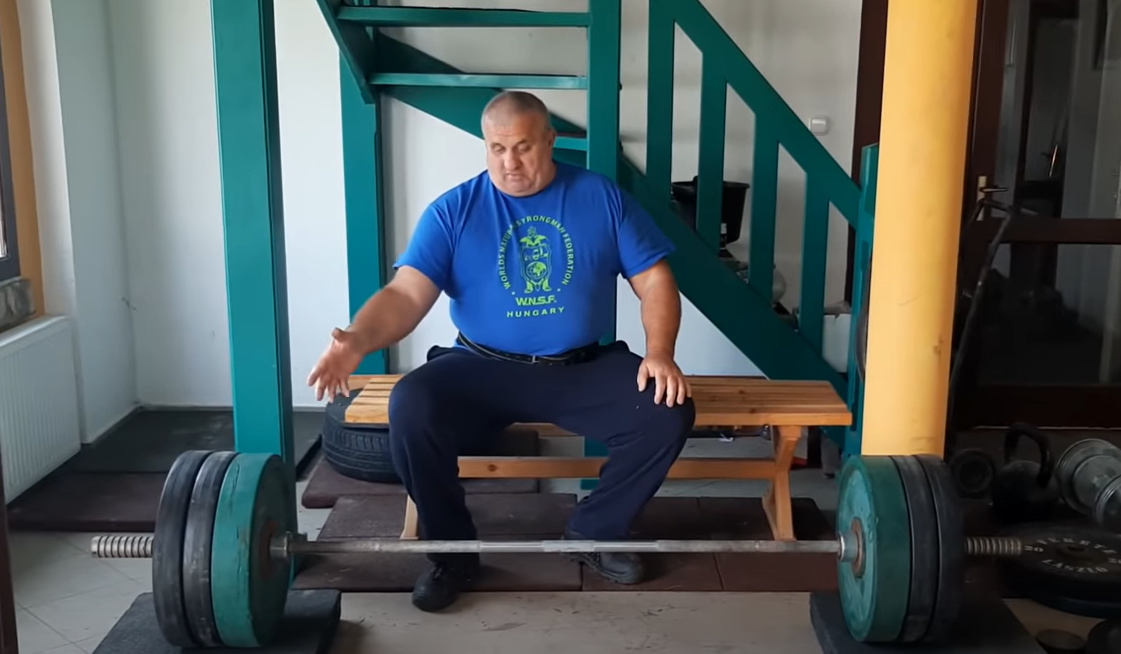 Hungarian strongman László Fekete, who ruled Hungary’s Strongest Man competitions, and has claimed prestigious international results and world records, announced his retirement. The iconic athlete, now 62 years old, and weighing 164 kg, always boasted that he had not taken any performance-enhancing substances during his eventful career.

Fekete explains the circumstances of his farewell to extreme weights in a video. He said at the beginning of the year he targeted to dead-lift 300 kg; his doctor, however, recently advised him that continuing power lifting might soon result in the need for a knee replacement. After dead-lifting 290 kilograms once more in the video, he reported having pain and repeated that it wasn’t his strength or muscles that forced him to make this decision but rather anatomy, “his skeleton.”

Interestingly, his knee’s sensitivity originates from a handball injury well before his weight-lifting career. He added, however, that lifting heavy weights has further worn it down.

Between 1988-1997 László Fekete emerged as Hungarian Strongest Man ten times in a row, and also reached or neared the podium at prestigious European and World’s Strongest Man races, besides a number of world records. He always consistently insisted that he had never taken any performance-enhancing substances, either legal, or illegal, and often urged for stricter anti-doping measures in the sport. He also established the World’s Natural Strongman Federation, and the invitational World Championship, which he won multiple times. In addition, he emerged as the first domestic strongman athlete, who, thanks to his results and sponsorship, could earn his living exclusively from his sports activity.

Besides other prizes and decorations, in 2002, he received the Knight’s Cross Order of Merit of the Republic of Hungary. Thanks to his results, appearance, manner of speaking, and always bright mood, back around the zenith of his career he was regularly featured in TV shows, ads, and even in a movie (The Hungarian Strayer) in which he played Miklós Toldi, the legendary strong hero in Hungarian folklore.