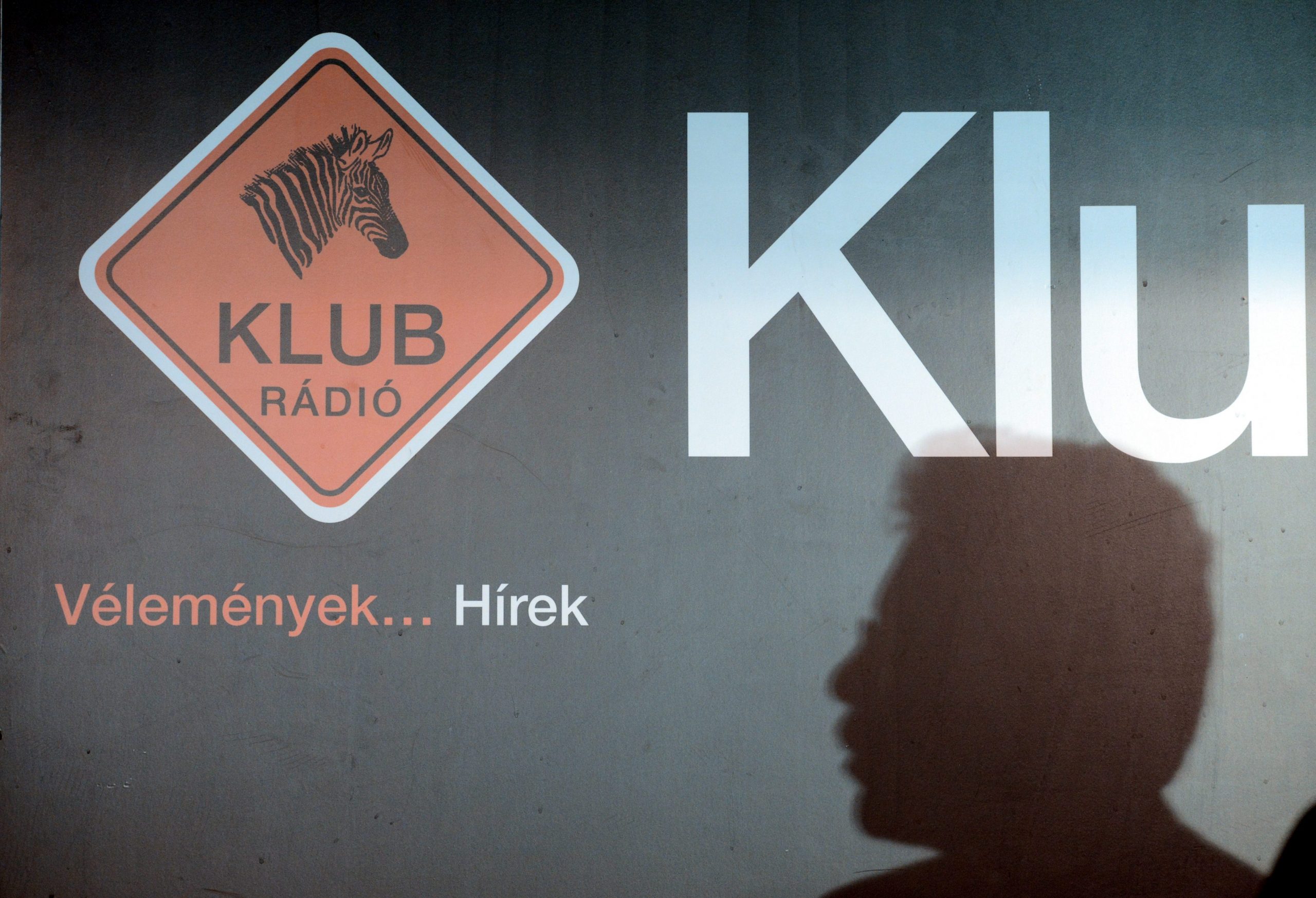 Liberal-leaning Klubrádió will be silenced as of February 14th, after the Budapest-Capital Regional Court has rejected an appeal by the radio station against Hungary’s media authority’s decision not to renew its license. Klubrádió is one of the last radio stations in Hungary not under the government’s influence.

It was back on September 11, 2020, when the National Media and Info-communications Authority (NMHH) announced not to renew the frequency license of Klubrádió Budapest. The Authority quoted legal exclusion as the radio “…has repeatedly violated the provisions of the Media Act.” Klubrádió argued that these statements do not correspond to reality and announced to appeal the decision legally “…to ensure that Hungary’s last independent radio station is not silenced.”

In its statement issued after the ruling was made public on Tuesday, the court argued that under the relevant law, NMHH had no room to consider Klubrádió’s appeal due to “repeated offenses” committed by the broadcaster. It also says that the Media Authority’s decision not to renew Klubrádió’s license had been based on its findings of the broadcaster’s offenses which Klubrádió had not challenged.

NMHH later said it had not “stripped” Klubrádió of its frequency, pointing out that frequencies are allocated through tenders, adding that in October Klubrádió would have every chance of success in its bid for this frequency.

Hungarian Civil Liberties Union (TASZ, Klubrádió’s representative in court), however, says their appeal was turned down without any specific reasoning. They claim the court gave a surprisingly brief explanation  for the decision, not addressing the fact that the Media Authority made contrary decisions in the case of other radio stations, and that the administrative breaches of Klubrádió were only minor ones, which the Authority shouldn’t have referred to as “repeated offenses.”

Although Klubrádió still has some legal room to maneuver, this recent ruling means that it would definitely go silent on February 14th and could only continue broadcasting on the internet. This means that there practically isn’t any widely-available radio station that is not under the government’s influence left in Hungary.

Less surprisingly, those affected voiced their dissappointment and once again mentioned political influence. Klubrádió’s main shareholder and president András Arató called the ruling “shameful.” “We are witnesses to a verdict that serves an endlessly cowardly, anti-democratic, illiberal system. It is not a surprise, but it is still sad,” he told The Associated Press.

According to a TASZ legal staff member, “…the Hungarian public is once again on the losing side as the government silences a public medium that it doesn’t like.”

Meanwhile, Klubrádió asked listeners for their continued support and to listen the station, insisting that it couldn’t be silenced and would continue broadcasting online.

International media wathchdog organizations are also protesting the decision. Last week, the European Federation of Journalists (EFJ), along with four other organizations, called on the EU to act. The EU “…cannot stand by as the country’s biggest independent radio broadcaster is wiped off the airwaves,” their statement read.

The US and French Foreign Ministry also expressed concern after the ruling. According to US State Department spokesman Ned Price, the decision “would mark the departure of yet another independent voice from Hungary’s public debate and is yet another blow to media pluralism in Hungary.” While a French foreign ministry official said it was “a very worrying signal in terms of pluralism and media independence.”

Another devastating blow for media pluralism in #Hungary today.

The country’s leading independent radio station #Klubradio has lost its appeal in a #Budapest court against the Fidesz-controlled media regulator over the renewal of its license https://t.co/QEBqvNG1bO

In addition, Council of Europe Commissioner for Human Rights Dunja Mijatović also raised her voice against the decision. In a tweet she commented that the ruling “…seals the fate of Hungary’s last independent radio station,” concluding that “…another silenced voice in Hungary. Another sad day for media freedom.”

Several opposition politicians expressed rage about the court’s ruling. Momentum MEP accused the NMHH with supporting the government’s propaganda machine while its decisions also lack transparency. Anna Donáth explained that at the end of 2019, Fidesz once again unfairly replenished the [NMHH’s] Media Council with its own people. In doing so, Fidesz’s real goal was in fact to ban critical media independent of the government, although NMHH’s role would be to safeguard democratic publicity and media freedom.

While according to the Budapest mayor (of left-wing Párbeszéd party), Budapest is how it is because there are many, many different opinions and communities living in it. An important part of this is Klubrádió.” Gergely Karácsony said he was confident that it would finally be able to stay on its feet.

This is, however, definitely not the last time we will hear about this case. Klubrádió already announced to appeal the decision at the Supreme Court (Kúria) while its CEO would even take the case to the Court of Justice of the EU. Debates and criticism over Hungarian freedom of press and the ruling parties’ increasing and excessive power are also back on the agenda.