The Last Glimpse Of Hope: Count Albert Apponyi’s Legendary Speech At The Paris Peace Conference In 1920 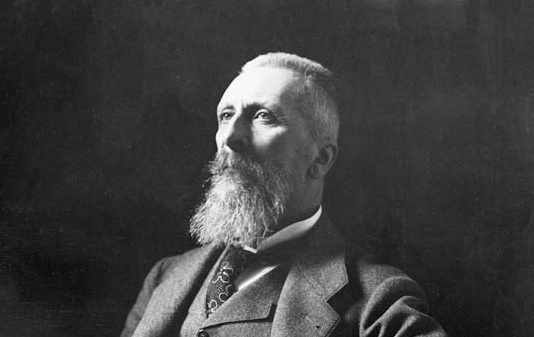 In January 1920, a Hungarian peace delegation led by Count Albert Apponyi arrived in Paris at the invitation of the victorious powers of the First World War. In fact the delegation’s function was simply to receive the dictated peace terms, however, the Hungarians made a very last attempt to defend the territorial integrity of their homeland.

I declare that even in anticipation we will accept the results of such plebiscites, whatever they may be 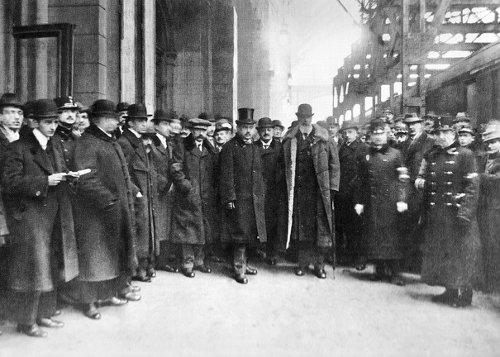 On 16 January Albert Apponyi delivered and an eloquent and multilingual address, trying to convince the big powers that the proposed new borders satisfied neither the principle of national self-determination nor the economic interest of the region. In his speech Apponyi reiterated the rights of both the Hungarians and non-Hungarians within the Carpathian basin. Referring to the Wilsonian principle of self-determination, he insisted upon a plebiscite in those parts of Hungary that the neighbouring countries wanted to annex. 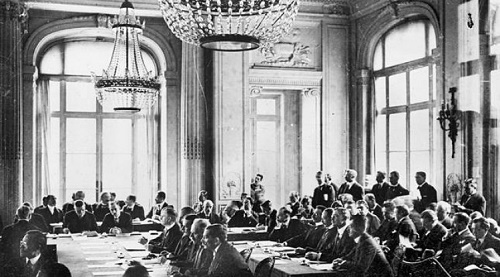 Apponyi pointed out that Hungary was being punished more severely than any other of the defeated nations. Hungary was not only losing huge parts of its historic territory, but was also being cut off from its markets and its sources of raw materials, not to mention the heavy reparations. If the principle of self-determination was a fair one, and Apponyi conceded it was, then surely it should apply to the Hungarians as well. At the very least, there should be plebiscites held in the border areas, he insisted. 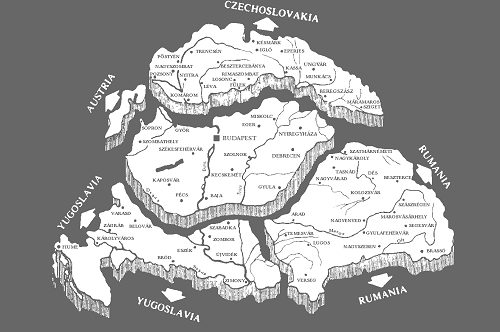 Apponyi’s statement was, according to British Prime Minister Lloyd George, a tour de force. He spoke in fluent French, then switched to equally impeccable English and concluded with flawless Italian. However, the peacemakers had already made their choice, and the Hungarian delegation’s proposals were all rejected. As a result of the enforced Trianon peace treaty, the Hungarian Kingdom had lost two-third of its territory and 3.3 million ethnic Hungarians were left outside the borders of Hungary. They seek autonomy and right for self-governance ever since.