From 2020, the language exam will be compulsory for admission to higher education and, according to Magyar Nemzet, the government has no plans to postpone the deadline.

The regulation was introduced in December 2014 and states that the basic requirement will be at least one complex language examination on the B2 level, equivalent documentation or an exam.

Chairman of the Professional Association of Language Schools Milán Berényi told the newspaper that just 45 percent of applicants and 55 percent of admitted students had language certificates.

According to statistics, Budapest and middle-sized cities in the countryside report superior numbers. 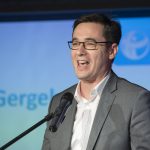