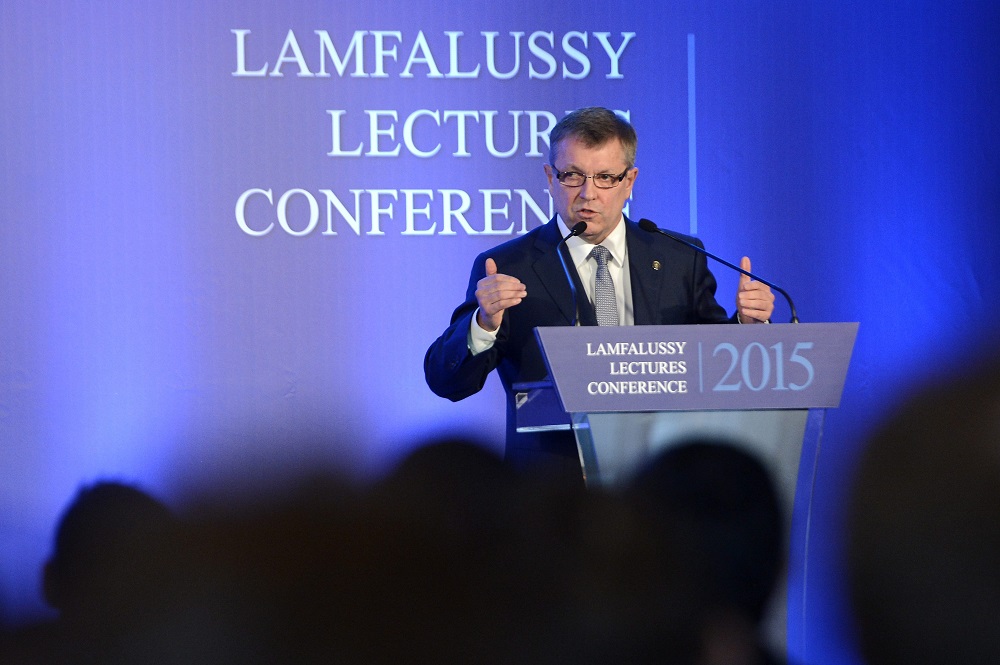 Europe needs a new narrative following the European Central Bank’s launch of its monetary policy programmes, György Matolcsy, governor of Hungary’s central bank (MNB), said. Never before have so many central bank governors stayed in Budapest simultaneously, Matolcsy said, opening an international conference named after Sándor Lámfalussy, the Hungarian-born economist known as “the father of the euro”. Back in 2010, the Hungarian government faced the dilemma of how to handle the crisis, by orthodox or conventional means, Matolcsy said. Hungary would have been doomed to failure if only conventional methods had been applied; successful crisis management required the combination of structural reforms, new jobs and political stability, he added.

Austrian central banker Ewald Novotny said countries of the region had successfully kept the crisis under control. The MNB and the government are more optimistic in their assessment of the situation in Hungary than the International Monetary Fund, he said, adding that he shared the MNB’s view. A weak point for the countries of the region has been the current-account deficit which he called an important indicator of long-term stability. Turkish central bank governor Erdem Basci said both high inflation and deflation are both detrimental to growth. A central bank can best contribute to economic growth by maintaining price stability, he said.

On the sidelines of the conference, György Matolcsy, governor of MNB, also spoke to the press. Hungarian rate setters will decide whether or not to keep rates on hold based on the central bank’s March inflation report, he told MTI. The Monetary Council will hold its next rate-setting meeting on February 24. A two-year easing cycle came to an end last July and rate setters have suggested the base rate could stay on hold till the end of 2015. However, analysts say the Monetary Council could start easing again in the spring on the back of deflation in Europe, lower fuel prices and the start of asset purchases by the European Central Bank in March.  Speaking at the same conference, MNB managing director for monetary policy Dániel Palotai said deflation in Hungary was “of a technical nature”. He added that consumer prices would start rising again from the second half of this year, even without any monetary policy intervention.