Kövér: ‘Pro-Migration’ Victory in EP Elections Would Be ‘Big Problem’ 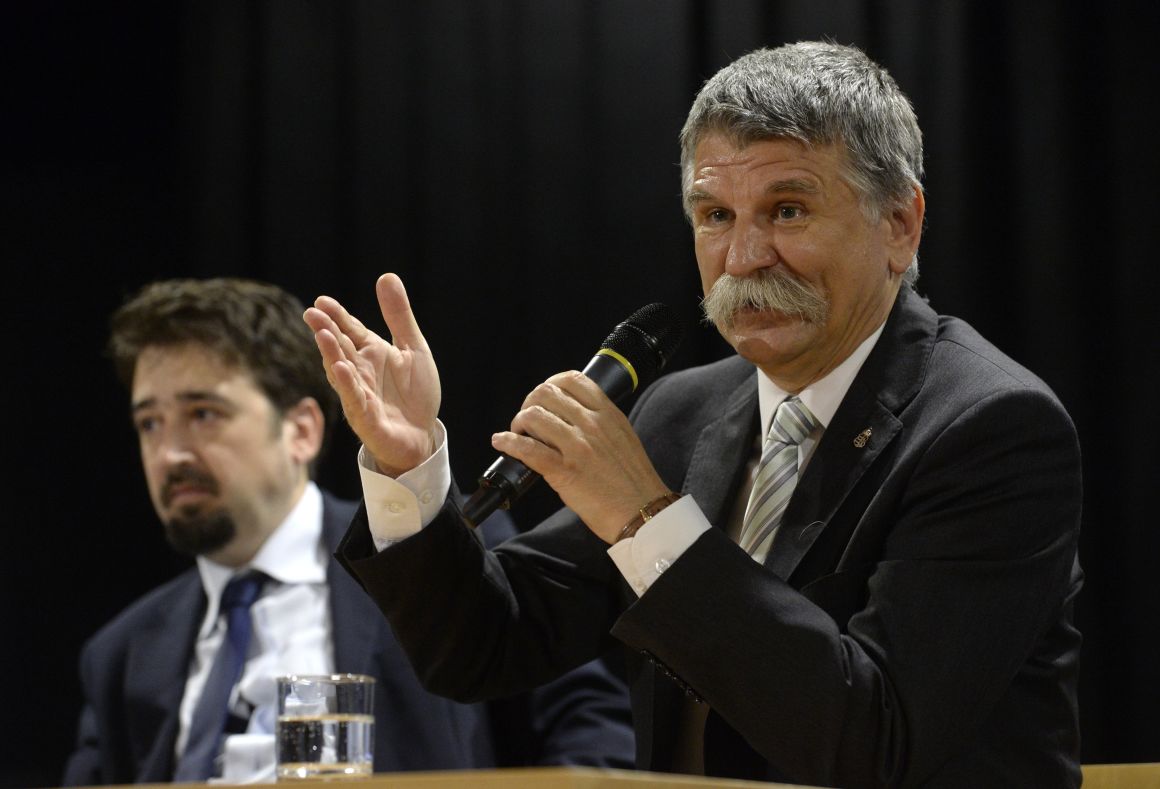 House Speaker László Kövér, in a radio interview on Wednesday, expressed optimism over the outcome of next year’s European parliamentary elections and said it would be a “big problem” if the factions supporting migration ended up with the majority.

Kövér told Hungarian Catholic Radio that there was no “plan B” for a possible victory for “the forces supporting migration”. The speaker said he believed it was realistic to expect that “the trend that started a few years ago will hold until the elections.” He said it was now clear to Europeans that “their own political elites underestimate and ignore them”.

Kövér said he expects the EP to have a different composition after the election and that the European Commission “will be a lot friendlier to Hungary and the values it represents”.

Asked about Fidesz’s bill that would raise the upper threshold for annual overtime from 250 to 400 hours, Kövér said he will vote for it. The speaker said he trusted his fellow lawmakers and takes Lajos Kósa, one of the bill’s proponents, at his word that it is a good bill. He said the opposition was “kicking up a fuss” about the bill and insisted that it was not in any way a “slave law”. Kövér said the bill would serve to make the labour market more flexible and argued that employees’ required overtime hours would not be increased without their written consent.

On the subject of a decision due this week on moving the statue of Hungary’s martyred Prime Minister Imre Nagy from Kossuth Square in front of Parliament, Kövér noted that a monument honouring the victims of the revolutions that followed the first world war had been erected in the square in the 1920s, but the Communists had it removed after 1945. He said Fidesz made its opinion on Nagy clear in 1989, which has not changed since then. They respect the martyr who gave his life for the nation, Kövér said, adding, however that they believe placing the statue in Kossuth Square had been a “post-communist trick”.

Commenting on Hungary’s relations with Ukraine, the speaker said it was a “complicated story”, arguing that Ukraine’s statehood traditions were not too strong, nor did the country’s decision makers have a deep political culture.

Kövér said he did not see much difference among Ukraine’s main political players and was not optimistic about the country’s upcoming elections either. He added, at the same time, that seeing the “sober-minded” Ukrainian politicians of Transcarpathia tell the government that its minority policies also hurt Ukrainians in Transcarpathia, was reason for some optimism.

Expanding on the issue of national minorities, Kövér said that although Hungary and Slovakia do not always see eye-to-eye on the issue, Slovakia’s leaders have now become sensitive enough to the two countries’ common affairs. Relations with Serbia on this matter are also on the right track, he said. But Kövér was less optimistic in the case of Romania, explaining that the situation of ethnic Hungarians there was difficult.