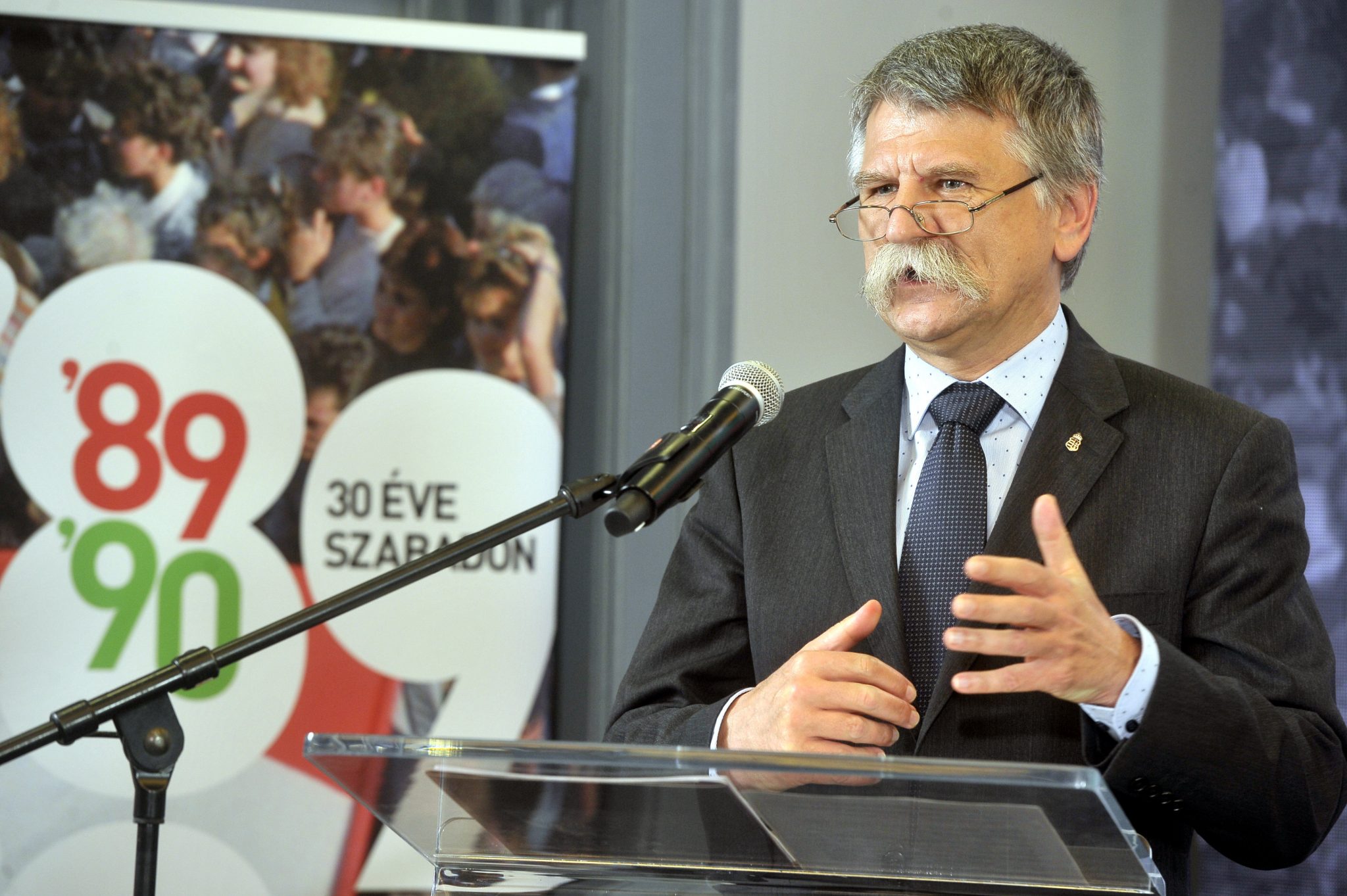 László Kövér, the speaker of parliament, in an interview to pro-government daily Magyar Hírlap, commented on Hungary’s “culture war”, defining it as a “post-communist struggle to maintain supremacy” by former intellectuals of the regime of János Kádár.

In the interview published on Saturday, Kövér commented on a new law that regulates the operation and financing of state and locally run theatres.

Kövér said culture wars cropped up in various forums such as the media, among historians and their interpretation of the past, and in the arts. “This time it revolves around theatres.”

The speaker dismissed accusations that the government behaved like a dictatorship that waged a culture war, saying that it was the opposition’s aggressive actions that hurt the ruling Fidesz party more than the “so-called dictatorship”.

“It hurts us more,” he said. “Honestly, I’ve had enough of the ‘dictatorship’ that we supposedly maintain.”

Meanwhile, reviewing the past year, Kövér said the country had fared well thanks to the government’s economic and family support measures. The measures, he added, had helped Fidesz to win the European Parliamentary election in May and garner 52 percent support in the local elections in October.

Kövér conceded that the opposition had “notched up several triumphs” in Budapest and in ten major cities, and this had taught Fidesz a lesson. “Even so, were we to translate our votes into a parliamentary election, with 129 seats, we’d still be close to a two-thirds majority.”

Asked about the possible reasons for opposition gains, Kövér said the united opposition had executed a meticulously worked-out plan. Its unity and organisation counted for more than a scandal involving a Fidesz mayoral candidate in the city of Győr, he said.

Fidesz, Kövér added, should concentrate on good governance and “committing the fewest mistakes possible”. “We’re always looking for ways to translate our policies into the language of the people,” he said.

He said the last time Fidesz had thought that good governance alone was sufficient to win an election was in 2002, when the party lost to the Socialist-Liberal alliance. “This was a lesson of a lifetime.”

Put to him that Fidesz had lost its connections to young people, Kövér said that notwithstanding gaps between the generations, it was important to keep the nation united and to preserve “points of connection”.

At the same time, he said young people had something to rebel against: “The liberal spirit of the age has ruined the world,” he said, adding that conservativism, on the other hand, and the Christian system of values, spoke to preservation, stability and eternal values.

In the featured photo: László Kövér. Photo by Attila Kovács/MTI