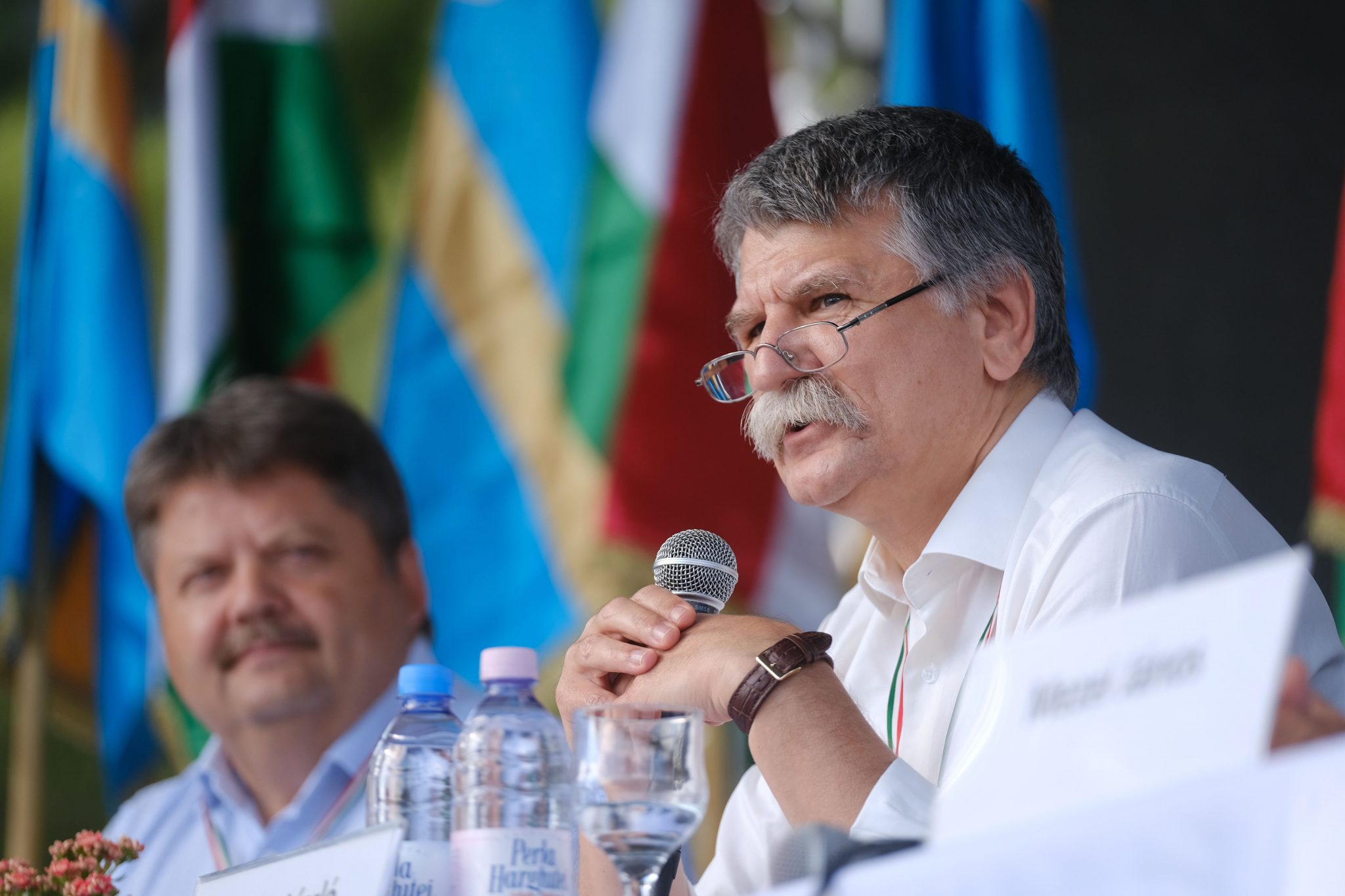 Improving Hungary’s demographic situation will require a change in mentality in addition to removing obstacles to having children, Speaker of Parliament László Kövér said in Gyergyószentmiklós (Gheorgheni), in northern Romania, on Saturday.

Hungary is a European leader in spending close to 5 percent of its GDP on its population policy, but the government’s family policy is focused solely on eliminating the physical and financial obstacles to having children faced by young couples today, Kövér told a podium discussion at a summer camp organised by the Hungarian Youth of Transylvania association.

But the hard part is yet to come, the speaker said, arguing that a turnaround of Hungary’s current demographic trend would also require a change in mentality. The multi-child family model must be made into a trend, he added.

Kövér said there has already been a positive example of this in Szeklerland. He said that in a certain village, the birth rate outstripped the number of deaths because families with 2-4 children had become common.

In the featured photo: László Kövér. Photo by Nándor Veres/MTI