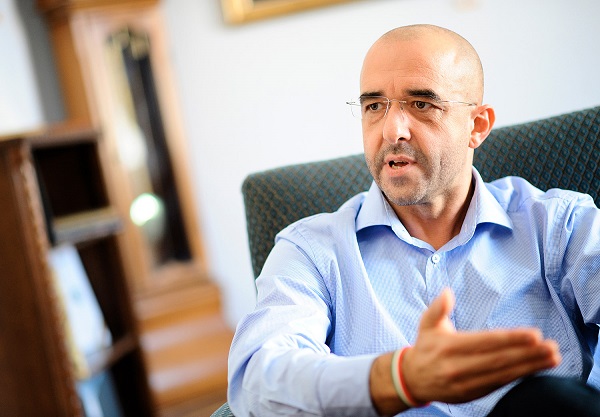 In a letter addressed to the editor of Brussels-based news outlet Politico in response to a recent op-ed concerning the school segregation of Roma children in Gyöngyöspata, Zoltán Kovács, the state secretary for international communications and relations, said the author “omits several important facts” in the article.

In the Feb. 28 opinion piece, Zeljko Jovanovic, director of the Roma Initiatives Office at the Open Society Foundations, wrote that by intending to challenge a court decision to award cash compensation to the Roma children, Prime Minister Viktor Orbán was “taking his campaign for total control of Hungary to a new level”.

Jovanovic wrote that “Fidesz, wounded by the opposition’s victories in Budapest and other important places in recent elections, is now worried it could lose its hold on power” adding that “now, they are manufacturing enemies from among the country’s own citizens — and stirring anti-Roma racism is perhaps the easiest method they could choose.”

In his letter, Kovács argued the court ruling ordering the school district to pay compensation of 100 million forints (EUR 297,000) to 62 children and their families for each year spent in segregation “offends the sense of justice of many in Hungary”.

The state secretary emphasizes that the case began in 2003, under the Socialist-Liberal government.

Kovács also said that the students involved in the case had missed “a startling 500 classes and had to repeat an entire school year”, noting that only 16 had graduated.

But the government and local council, he said, had offered instead “a compensation that included both financial award and education and training”.

“But the so-called victims refused this opportunity offered to them for a better life,” the state secretary added.

Kovács writes “segregation in any form is bad, and we are fighting it. But the case in the town of Gyöngyöspata is not as simple as that” adding that

in a democracy based on the rule of law, certain rights (in this case, to compensation) and obligations (to attend classes) go hand in hand; one cannot exist without the other.”

Kovács said the case had been pursued by lawyers against the wishes of the families involved, adding that the attorneys who had taken up the case were affiliated with the Chance for Children Foundation, “which — like the author of the opinion piece — receives funding from the Open Society Foundations” financed by US billionaire George Soros, a vocal critic of the Hungarian government.